Ideas
By Elijah Wolfson
Wolfson is a senior editor at TIME, responsible for its health and science coverage.

There is only one thing I know for sure about the Westminster Dog Show: there’s almost zero chance that I would have ever attended the event if not for the virus that upended the world. I’ve certainly never been anti-dog, but I’ve also never really been a dog person. I didn’t grow up around them, and only ever took a minor interest in those I happened upon. But after living alone for over a year, with rapidly plummeting motivation to leave my apartment (or really do much of anything), I got a puppy.

It’s not a unique story, and certainly I was luckier in my circumstances than many, many others. But three months later, having become an active user of the #pets-of-time Slack channel, I was a prime target for when a colleague of mine asked in that channel if anyone who liked hanging out with dogs wanted to take on “an animal-related reporting assignment.” I said yes, not realizing I was volunteering to cover the most prestigious dog show in the U.S. I was initially hesitant—anxious about leaving my puppy Lima for eight hours, the longest we’d ever spent apart—but eventually left her with a sitter and drove up from Brooklyn, where I live, to Tarrytown, N.Y., with TIME video producer Joey Lautrup and my friend and former colleague at Quartz, writer Sarah Todd.

I quietly expected to have nothing to write about. What, after all, could be said about a 144-year-old event that hadn’t already been said? And, in fact, I continued to think I wouldn’t write anything until we were driving back home in the evening, when, with some distance, I realized the profundity of my day at the dog show. I had gone into it thinking of it as a sort of inconsequential novelty; I left feeling that it had helped focus the lens through which I want to experience the post-pandemic world.

As soon as we pulled into the stupefyingly lavish grounds of the Lyndhurst Estate —castle, rose garden, vast stretches of manicured greenery, bowling alley (really)—I was on the lookout for what anyone whose familiarity with this parallel universe does not extend past the 2000 mockumentary masterpiece Best in Show would expect to see. That is, the surreal human behaviors and personal choices of those who seem, to outsiders like me, inexplicably obsessed.

They weren’t difficult to find: Here was the owner with the face of her spaniel embossed on a pendant necklace and on the side of her leather bag. There was the poodle getting a blowout by a handler working with the intensity of a bomb squad technician. If I was the type of person who would, I could have tweeted: “Overheard at Westminster Kennel Club: A few months ago, a dog and his father were entered into the same competition, and the younger pup won. Afterward, the distraught owner of the older dog emailed the owner of the younger dog, saying that because his offspring had beaten him, the older dog was now in therapy. ”

Read More: Behind the Scenes With the Stars of the Westminster Dog Show

The areas of the grounds roped off for parking looked like those at a multi-day music festival. RVs, vans and trucks had back doors open and gatefolds down, with groups of people congregating around, sitting in camp chairs and on coolers—except their tailgates, instead of beer and barbecue, were composed largely of elaborate dog-grooming infrastructure. Even I could tell which dogs were yet to compete: they stood like statues atop platforms of various construction as their owners buzzed around them with hairspray, blow dryers and whatever else was in the vast cabinets of supplies by their sides.

A standard poodle getting groomed in the parking lot area at the 2021 Westminster Dog Show.
Elijah Wolfson for TIME

The dogs who already had their day, on the other hand, looked and acted…like dogs. Golden retrievers bounded across one of the many grand lawns, lap dog-types circled their owners with urgency, long-haired varieties panted, tongues out, in the shade.

Inside the competition grounds, what struck me most wasn’t the dogs, but how extremely normal everything was. At least, relative to the last 16 months of pandemic life.

The top dog show in the U.S. is usually held at Madison Square Garden in February, with thousands of spectators in attendance. For obvious reasons, the Westminster Kennel Club moved its signature event to an outdoor venue this year (meaning February in New York was out of the question), and limit attendees to only the dog-essential (and press). The reduced number of people allowed inside meant they could enforce a key rule: if you wanted in, you had to prove you were fully vaccinated, or that you had a negative test within the last 72 hours. The upshot was that the vaccinated could walk around without masks, and those who were not were mostly confined to an “unvaccinated area,” and had to wear masks when they left the cordoned zone. We all wore colored wristbands that publicly declared our status.

Neither dog nor human bemoaned the forced exodus from The World’s Most Famous Arena. According to the various dog handlers and other professionals I spoke with, most of the dog show circuit takes place in outdoor venues; in usual years, Westminster-at-MSG is one of the few outliers. Presumably, the dogs were into this new arrangement. For the humans in attendance, it was more than just agreeable. It was a balm.

I am, by nature, a very skeptical person. Some people would (and have) called me judgmental. I am particularly dubious of anyone with a “thing.” If you aren’t sure what I mean, let me give you an example. When I was in college, there was a student in my graduating class who did not wear shoes or socks on campus or in classrooms. That was his “thing.” This (admittedly misanthropic) stance towards others has historically extended to those who are, say, really into saving the whales, or really into record collecting, or really into dogs.

During my day at the Westminster Dog Show, though, I felt none of that cynicism. Instead, I felt gratitude to be around people who not only cared, but expressed their dedication unabashedly. For over 12 months, whatever already-diminished public life I had was further reduced by the fact that everyone I interacted with had a mask on. At the Dog Show, all of a sudden, I was surrounded not just by human faces, but human faces expressing a deep love and commitment for their work and to their animals, and a passion for the event—however capricious and problematic I thought it—that brought them all together.

There were still many moments when I felt dumbfounded by the intensity of the denizens of this foreign world. At one point, I asked one veteran dog show professional about whether labradoodles—like my now-5-month-old puppy—would ever be a breed that could compete on the dog show circuit. The answer, dripping with condescension, was “if you put 100 labradoodles in a room together, you’d be lucky if two of them looked alike.” I suppose, I thought but didn’t say, but doesn’t this culminate in a bunch of completely dissimilar breeds competing for best in show? Your world is, essentially, judging peonies against lemon trees, but you are telling me that my Meyer lemon tree can’t compete?

But in this June of 2021, instead of saying some version of this aloud, I nodded, said “I see what you’re saying,” and turned my attention back to the six puli dogs—Hungarian sheep-herders, characterized by a mop-like coat of long dreadlocks, which I had never heard of let alone seen before—competing for best of breed.

Indeed, as the day wore on, I started to pick up on how this all worked. At a junior’s semifinalist event—adolescents attired like miniature bankers in pencil skirts and business suits—I correctly picked out the eventual winner, somehow. Later still, and I won’t get into why, I became emotionally invested in how one specific dog would fare in the Cavalier King Charles Spaniel competition. In a moment of journalistic-integrity-weakness, I clapped for joy when our boy Chester came in 4th—in a field that, it turns out, had the most entrants (33) of any single breed in 2021.

I probably will pay the same amount of attention to the 2022 version of this as I did the 2020. That is, barely any. However, that doesn’t mean it won’t stay with me. My day at the Westminster Dog Show has made me much more open to the idea of, well, being open to people who I previously held at arm’s length.

For many, including myself, the pandemic experience was one of contraction—reduced social circle, smaller physical space, fewer options across the board. In the U.S. at least we are lucky enough that our individual cosmos are being given the room to breathe and grow again.

I really did not want to make this a “my pandemic puppy saved my life” story, but here we are. Because what I took away from the dog show is not dissimilar from what I’ve taken away from three months of being a dog owner myself. On a very practical level, Lima has forced me to leave my apartment more, since I’d very much prefer my apartment not be a dog toilet. But she’s also helped me open up to other humans I never would have talked to before. For example, a couple of weeks ago, she started playing with another dog hanging out by an 18-and-under traveling baseball team game, and I started talking to the other dog’s owners, who turned out to have a kid on one of the teams. They invited me to come watch the next game, and now we’re neighborhood friends. Before Lima, I was not in any way the type of person to chat to parents at their kid’s baseball game.

When I got home from the dog show, I taught Lima to give me a high-five, like I’d seen so many of the competitors do with their handlers at the end of their events earlier that day. It turns out that I didn’t get to see the Pekingese named Wasabi who won the coveted Best in Show award last night. But the truth is, my dog is the best dog of all, whatever the Westminster Kennel Club says. 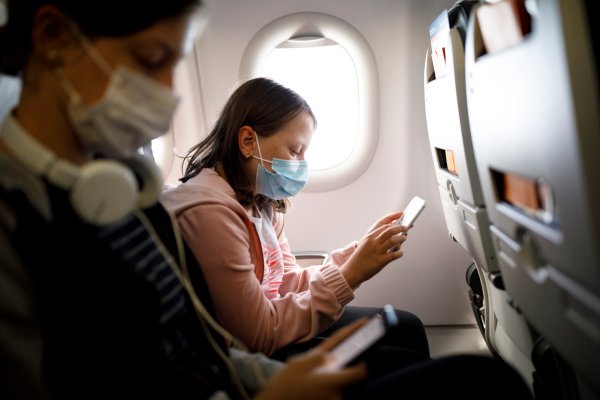