Juneteenth Isn't Just a Celebration of the End of Slavery. We Also Honor the Black Americans Who Helped Create Their Own Freedom

A mural in Galveston, Texas, marks the spot where General Order No. 3 was issued
Montinique Monroe—The New York Times/Redux
Ideas
By Janell Ross
Janell Ross is the senior correspondent on race and identities for TIME.

If you ask Black people born and raised on the island, Juneteenth marks the day Black soldiers in blue uniforms came with their guns to Galveston. That is the story they have told for generations, about the moment some of their ancestors knew freedom had finally arrived in Texas, the westernmost Confederate breakaway state.

That’s the truth as it’s widely understood by Black people in Galveston, even if the common story of that day often focuses on a single white man: General Gordon Granger, who led Union troops to the harbor there on June 17, 1865. Two days later, records in the National Archives tell us, he issued what’s known as General Order No. 3.

In doing so, Granger laid out the meaning of freedom more explicitly than any U.S. government official had to that date, says Robert C. Conner, author of General Gordon Granger: The Savior of Chickamauga and the Man Behind “Juneteenth.” The order declared “absolute equality of personal rights and rights of property between former masters and slaves.” As word spread, so did jubilation, shock, religious awe and anger.

Declaring freedom and creating it are two different things, as Deborah Evans, secretary and director of communications with the National Juneteenth Observance Foundation, tells me. After all, Granger was there because, though the Emancipation Proclamation had liberated the enslaved in the Confederate states, slaveholders in places like faraway Texas still clung to the idea that U.S. law didn’t apply to them.

Among the Black and white troops who came to Galveston to enforce the Union’s dictates was William Costley, who with his two sisters and mother had been the first enslaved people freed by a then newly minted lawyer named Abraham Lincoln in 1841. The KKK would try to burn certain records of that case, and portions of his service records went up in flames, thanks to another KKK faction. Costley himself was likely illiterate, says Carl Adams, who wrote the book Nance about Costley’s mother’s fight for freedom. Whatever the young soldier felt in Texas has, like so much that happens to those whose lives are not thought worth recording, been lost.

The story of William Costley, the baby freed by Lincoln who grew up to set others free, like the story of Juneteenth, cannot be told fully without oral tradition. Yes, newspaper accounts of organized Black public revelry—and white enmity—survive. But so too, in some circles, have folk stories attesting that some of the Black soldiers in Galveston that day changed history by insisting that Granger make clear the freedom of those still enslaved. If he didn’t do it, the story goes, they would do it themselves.

My grandmother’s grandmother was a child made free that June day—however it happened. But Black people have always been involved in the fight to make our own American lives, demanding something of the country that stole so much from us. That fact is, by folktale and firm record, key to the Juneteenth story.

Last year, Juneteenth came to an America awakened to racial injustice, prompting new groups to recognize a holiday heretofore celebrated mostly by Black people with Texas connections. This year, it’s a reminder of the fight.

A Senate bill to make Juneteenth a federal holiday failed in 2020 by one vote. On Tuesday, a similar bill was passed by the Senate; it is likely to be passed by the House. Among those Senators who cast their votes was Jon Ossoff, a Georgia Democrat whose election this year helped flip the Senate. His victory has been widely attributed to the organizing power and electoral force of the Black vote.

Two days after that first Juneteenth, the New York Herald published a dispatch from Macon, Ga., whose white citizens finally saw that “slavery is dead and nothing remains but to bury its carcase [sic].” Abraham Lincoln was gone by then, but he probably would have liked General Order No. 3 for making a national reality plain and involving in its delivery the Black troops he praised, says David S. Reynolds, author of Abe: Abraham Lincoln in His Times.

For those whose Juneteenth story does not put Black people at its center, consider that there is no evidence that Granger ever spoke about his role in freeing Texas’ estimated 250,000 slaves. But Black people have kept telling the story—and each time that happens, Juneteenth is created anew.

—The View is reported by Mariah Espada and Simmone Shah 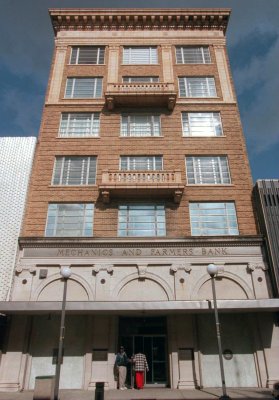 Why Black Americans Need Black-Owned Banks
Next Up: Editor's Pick