What Happened After the First Juneteenth

It was back in April that we marked the anniversary of the surrender at Appomattox Court House, which is seen by many as the unofficial end of the American Civil War. But word of the Civil War’s end didn’t reach Texas until June 19, 1865.

What followed, however, was more complicated than the early celebration suggested. Proof could be found in a New York Times story from that July, headlined “The Negro Question in Texas.” The story reported that Granger’s order had specified to the people of Texas that the freedom of the former slaves “involves an absolute equality of personal rights and rights of property between former masters and slaves.”

It seemed that the people of Houston didn’t quite get the message: freedmen were being interrogated as to whom they belonged to; if they did not name someone, they would be accused of idleness and put to work for the city. “[So], if this was an outbreak of the old spirit, a drawing distinctions based upon color alone, giving white men the right to be as idle as they please, but not tolerating idleness among the blacks; allowing whites to work where they please, but sending blacks ‘home to their masters’ or to the public works; it is a system which will have to be changed at Galveston, or wherever it is entered upon,” the Times concluded.

More than a century later, in 1997, Congress recognized Juneteenth with a joint resolution, commemorating the fact that “Juneteenth celebrations have thus been held for 130 years to honor the memory of all those who endured slavery and especially those who moved from slavery to freedom,” though it is not a nationally recognized holiday.

At least one place, however, will mark the anniversary with major festivities: Galveston, Tex. 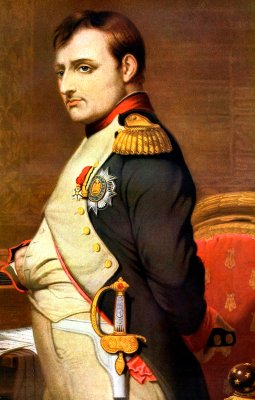 We’re Remembering Napoleon’s Failure at Waterloo this Week. Here’s Another
Next Up: Editor's Pick