Why All Americans Should Celebrate Juneteenth

Parade participants in the Denver 2012 Juneteenth celebration leave Manual High School and march down 26th Ave. to Welton Street in the Five Points neighborhood on June 16, 2012.
Kathryn Scott Osler—Denver Post via Getty Images
Ideas
By Volney Gay
Gay is professor of religious studies, psychiatry and anthropology at Vanderbilt University and the author of On the Pleasures of Owning Persons

On Sunday, many Americans will celebrate “Juneteenth,” which marks the end of slavery in America. While some may argue Juneteenth is primarily for the African-American community, there is value for every American—regardless of race, culture or background—to observe this holiday.

Juneteenth is a contraction of the date “June Nineteenth.” On that day in 1865 in Galveston (then Texas’ largest city), Union General Gordon Granger issued General Order Number 3, which stated: “The people of Texas are informed that, in accordance with a proclamation from the Executive of the United States, all slaves are free.”

Coming 10 weeks after Lee’s surrender at Appomattox on April 9, Granger’s proclamation caused joy for former slaves, shock for their owners and cataclysmic changes for all. The 250,000 former slaves in Texas celebrated June 19 to honor their emancipation and to foster political engagement by African Americans. Juneteenth became a Texas state holiday in 1979.

There are those who argue that not all Americans should celebrate Juneteenth. After all, they say, if Juneteenth is a holiday for a minority of the population in one state, why should people in Alaska, in North Dakota and 47 other states care? Similar arguments were made by some Washington politicians about making Martin Luther King Day a national holiday and by some state-level politicians as well.

We should care because the very fabric of our society depends on our shared religion of inalienable rights. A celebration of freedom for any American is a celebration of the ideals that make our country what it is today.

Others argue that the Civil War was not about slavery but about the rights of individual states to preserve privileges with which they entered the Union, and instead of celebrating Juneteenth, we should mourn the loss for states’ rights. Mississippi legislators enacted a version of this when they voted to celebrate MLK, Jr. Day alongside the birthday of Robert E. Lee.

Yet many of those privileges the Confederacy fought for, enshrined in the original U.S. Constitution, were about slavery—including the 3/5th clause, the protection of the international slave trade for 20 years and a national law that required all citizens in all states to return runaway slaves to their masters.

Finally, there are those who argue that the Civil War was long ago and that we are (or should be) in a post-racial America, and therefore, celebrating Juneteenth is now irrelevant.

But being post-racial cannot mean that we no longer notice racial and ethnic differences or celebrate the histories of our diverse society.

Human beings are one species—one race biologically. But we come in different presentations, often shaped by multiple generations of localized marriage and reproduction. These differences between races further manifest themselves in differing histories and cultures. Just because we can admit to noticing differences does not mean we can’t embrace those differences and celebrate the history of our neighbor. Even though we may not be directly related to Juneteenth, we all are human and should celebrate attainment of human ideals by all.

American identity emerged from shared faith in the transcendental ideal of liberty, not from shared blood. Therefore, any celebration of American freedom is a celebration for us all. Juneteenth is about liberty not about race.

Liberty, European observers often noted, is an American mania. When Edmund Burke defended American colonists against English oppression, he warned his fellow members of Parliament that impingements on Americans’ liberty had kindled a flame “ready to consume us.”

That flame needs constant tending. Lacking a common racial, ethnic or religious axis, the U.S. coheres around a transcendental belief in inalienable rights, especially liberty. On June 19, 1865, that ideal expanded to include people with whom we are now permanently joined as Americans. In recognition, Juneteenth—like July 4—should be celebrated by all. 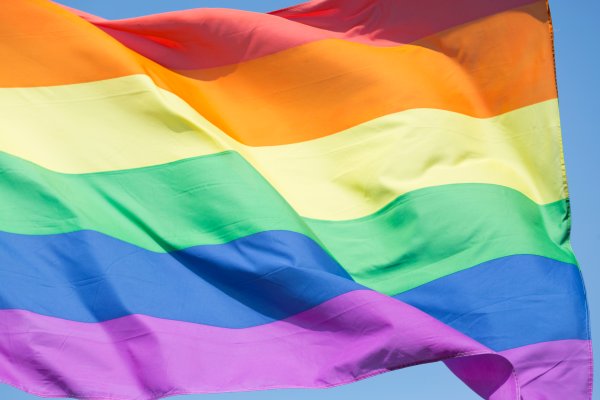