Keeping Up with the Kardashians Is Ending. But Their Exploitation of Black Women’s Aesthetics Continues

The inaugural episode of Keeping Up with the Kardashians, which debuted on E! in 2007, begins with an irreverent domestic scene. Kim Kardashian, the undisputed protagonist of the show, rummages through the fridge as she’s teased by her family for the size of her posterior.

“I think she’s got a little junk in her trunk,” says Kris Jenner, the family’s matriarch and “momager.” She calls her daughter’s butt “jiggly,” as Kim’s sister Khloé Kardashian chimes in from the kitchen table, “Kim’s always had an ass.”

That the opener of the watershed reality show—which ends June 10 after 20 seasons—centered on the family’s fixation on Kim’s rear foreshadowed the now-ubiquitous public obsession with her body, and particularly that specific feature of it. This outsize fascination was perhaps best embodied by her controversial 2014 Paper magazine cover, shot by Jean-Paul Goude, where her bare bottom is flanked by the line, “Break the Internet Kim Kardashian.” On social media and in numerous think pieces, the cover drew comparisons to Saartjie Baartman, the 19th-century South African woman known as the “Hottentot Venus.”

In this problematic comparison lie the troubling roots of the obsession with the Kardashian aesthetic. Baartman was paraded semi-nude, her posterior exhibited as a curio of sorts for European audiences that could, for a price, touch her body—a sobering symbol of the exploitation and degradation that Black women and their bodies have suffered for centuries. By contrast, Kim has explicitly benefitted from her much-talked-about figure, tapping into an audience that sees her as no ordinary white woman, but instead as an exotic and interesting one.

It’s a vicious culture that valorizes curves on wealthy, racially ambiguous white women, but stigmatizes these traits on Black women; one that plays into a longtime fascination with the aesthetics of Blackness and an unwillingness to engage with the ugliness of anti-Black racism at the same time. And it’s in the Kardashian-Jenner sisters’ wholehearted embrace of this tension that their family has forever changed the ways society thinks about bodies and beauty, forging the standards that have defined the past decade.

Between their loyal viewership on television and massive social media presences (Kim was the most followed person on Instagram in 2015 and currently has the 6th biggest account with 227 million followers), the family blazed a trail for a new model of celebrity: the influencer. The Kardashian-Jenner look is ubiquitous: Heavily contoured makeup, dramatically curvy bodies and plumped lips have had cyclical moments of popularity, but they owe much of their mainstream favor in recent years to the wide influence of the sisters. Even after Keeping Up with the Kardashians ends and the family moves on to their new deal to create content for Disney and Hulu, this legacy will remain.

While the allure of the “exotic” white woman is as old as the longtime debates about Cleopatra’s racial background, Kim has pioneered the branding of it as an identity, leveraging it for the creation of a fashion and beauty empire, leaning into the allure of her fame and endless resources to form a brand. From sporting Fulani braids, which have roots in West Africa, and attributing the style to Bo Derek, another white woman, to the multiple times she’s been called out for wearing Blackface by wearing skin-darkening makeup, Kim is no stranger to making deliberate beauty and style choices that rely on racial performance—then turning around and finding ways to capitalize on it. (Kim has staunchly denied doing Blackface—after she was accused of wearing Blackface for a 2017 KKW Beauty campaign, she told the New York Times that she “would obviously never want to offend anyone,” and later replaced the photos.) Despite a cultural appropriation scandal ahead of its launch, her shapewear line SKIMS has found a strong base of customers who put their trust in Kim and her hourglass shape to deliver a product that will support their own curves—or the curves that they get surgically to emulate her. A 2018 study by the American Society for Plastic Surgeons found that butt-enhancing procedures had increased by 256% since 2000.

Her sisters have all followed suit, most notably her youngest sibling, Kylie Jenner, whose dramatic beauty and body evolution in recent seasons peaked with a year-long denial of having lip fillers before she copped to having them in a confessional on the show. At a cosmetic surgery clinic in the U.K., inquiries into lip augmentation jumped 70% in 24 hours after the episode aired, while the American Society for Plastic Surgeons reported a double-digit increase in lip procedures performed in 2016, the year after Jenner said she got filler. She then parlayed the controversy into selling her Kylie Lip Kits, a venture that turned into Kylie Cosmetics, a multimillion-dollar cosmetics business. (In 2019, she sold a majority stake of the company to makeup giant Coty for $600 million.)

The implications of Blackfishing

Perhaps it should come as no surprise that the term Blackfishing (a portmanteau of Black and catfishing that describes a step beyond cultural appropriation, when people alter their appearance with makeup, cosmetic surgery, filters or digital editing to appear Black) originated on social media in 2018, well into the reign of the Kardashian-Jenners’ popularity. Wanna Thompson, the journalist who coined the term while elaborating on the phenomenon in a viral Twitter thread of “white girls cosplaying as Black women” that featured endless Kardashian-Jenner simulacrum, says that the sisters, who have been criticized for acts like claiming that they “started wigs” to wearing grills, have played a significant role in normalizing or even popularizing Blackfishing with images of themselves projecting racial ambiguity.

“They’ve been called out for cultural appropriation for a decade plus now, and it’s no secret that they’ve adopted many styles that Black women or Black culture have created and made them more palatable,” Wanna Thompson says, recollecting when Kim wore cornrows and beauty writers dubbed them “boxer braids,” rebranding the longtime protective style worn by Black women as a trend inspired by boxers. “Now people think they’re copying the Kardashian-Jenners when they dress or do their hair or tan their skin a certain way.”

The white mainstream popularization of Black style or features by way of Blackfishing, much of which has been perpetuated by the Kardashians and Jenners, presents a sobering paradox: while it shows that beauty and body standards are shifting as they’ve always done, this change comes by way of white women, ultimately to the detriment of Black women. The shape a person is born with is nothing to judge, but Kim and other white women with curves like hers aren’t subjected to the centuries-long objectification, hypersexualization and disdain that Black women have faced for their bodies. In this, the Kardashian-Jenner sisters’ influence is tip-to-toe: while Black women like Florence “Flo-Jo” Griffith-Joyner were subject to racist and classist stereotypes for sporting elaborate nail art and acrylics—long markers of Black women’s style and self-expression—Kylie was hailed for launching an innovative trend when she began showing off her nail art on social media.

“It makes beauty standards adhere to whiteness even more closely,” says Ayanna Thompson, the author of Blackface. “Because it’s like, ‘She’s so beautiful, because she’s white, even when she puts on the Blackface.’ It leaves Black women at the lowest rung of desirability. What’s the most desirable thing: a beautiful white woman who can look beautiful even when she’s trying to look Black?”

Some have suggested that the sisters have strategically tried to distance themselves from accusations of appropriation and Blackfishing through their personal relationships or even advocacy work. As Allison P. Davis wrote in Vulture when Kim and Kanye West’s marriage ended, the Kardashian sisters’ “relationships with Black men, and the multiracial children they had with them, seemed to offer some sort of cultural cover for their appropriation.”

It’s the performative yet relatively ephemeral space of social media, where a controversial photo can be quickly posted then deleted, that Ayanna Thompson argues has provided an environment especially ripe for the Kardashian-Jenner sisters—with their combined social media audience of 771 million followers—to experiment with racial performance by way of Blackfishing, which Ayanna Thompson sees as following in the racist tradition of Blackface minstrelsy.

While she’s quick to point out that the appropriation and performance of Blackness is nothing new, she explains that what is new are the methods of broadcasting and marketing it—something that the Kardashian-Jenners have done exceptionally well and to an immense profit.

In September 2020, the same month the Kardashian-Jenners announced that the series was ending, Forbes estimated the family’s collective wealth at $2 billion; at the time, Forbes also estimated that Kim made only 20% of her yearly income that year from appearing on the show. The influence and earning potential of the Kardashian-Jenners is poised for a strong future regardless of their television work, thanks to their multiple brands, savvy social media use and well-established cultural presence.

Ayanna Thompson points to their white privilege, which allows them to adopt Black aesthetics without having to live the Black experience, as a driving force behind their contributions to a new beauty ideal for the mainstream. “There’s a reason why they’ve done this and why they have made money on this,” she says. “That’s the ultimate power of whiteness, right? That I can like these things, which we may want to denigrate, but I don’t have to stay there. I get to come back to the safety of whiteness.” 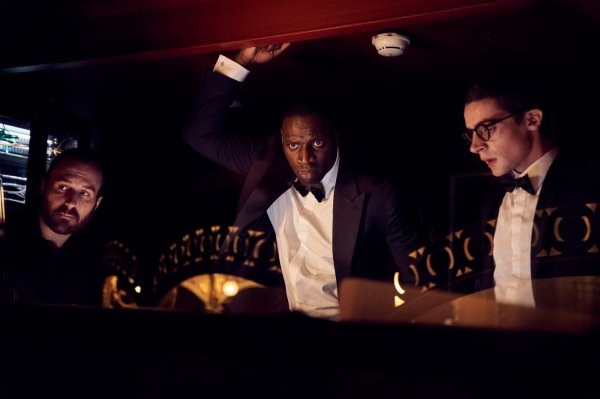 We Need More Cinematic TV Shows Like Lupin
Next Up: Editor's Pick