Some of the best books of the year so far provide welcome respite from the outside world—while others aim directly for the turbulence, providing frameworks to understand how the past informs our present. Michelle Zauner crafts a devastating tribute to her late mother, circling universal themes of grief. Torrey Peters examines what makes a family in her refreshing debut novel. And Annette Gordon-Reed explores the history behind Juneteenth, offering a comprehensive account of the holiday and its place in our culture. Here, the best books of 2021 so far.

Who Is Maud Dixon?, Alexandra Andrews

The most original and engaging thriller of the year so far takes place in an industry better known for selling mysteries than for being home to them: book publishing. In Alexandra Andrews’ propulsive debut, an ambitious editorial assistant finds herself working for the anonymous writer of a huge bestseller—and in way over her head when a research trip to Morocco turns into a deadly misadventure. Set to be adapted into a film, with The Post screenwriter Liz Hannah writing and directing, Who Is Maud Dixon? takes readers on a wildly fun ride.

Buy Now: Who Is Maud Dixon? on Bookshop | Amazon

The translated trilogy of memoirs from Danish writer Tove Ditlevsen, published as a single volume, takes a startling look inside the mind of an artist. In Childhood, she describes her coming of age and yearning to be a poet. In Youth, she captures in visceral terms her desperation for artistic freedom as Europe becomes ravaged by war. And in Dependency, she boldly examines her failed marriages and drug addiction. Together, these memoirs read like gripping fiction, an intense and intimate journey of reckoning with one’s many selves.

On June 19, 1865, in Galveston, Texas, Maj. Gen. Gordon Granger read out a declaration telling the enslaved people in Texas that they were finally emancipated, two long months after Appomattox. Juneteenth was a day long-celebrated by many Black communities in Texas and across America, but only in the past year or two has it become a more widely recognized holiday. In her slim but potent book, Pulitzer Prize- and National Book Award-winning historian and Harvard professor Annette Gordon-Reed explores the story of that day and all the ways that Black and Native people’s lives have been obscured in culture. As a Texas native, Gordon-Reed offers a book that is both profound and personal in its exploration of the ways history shapes our lives and becomes distorted and reinvigorated over time.

Growing up in Brooklyn through the Civil War and into the Reconstruction era, Libertie Sampson’s path is prescribed: she is to follow in her mother’s footsteps to become a physician. A character based on Dr. Susan Smith McKinney Steward, the first Black female doctor in the state of New York, Libertie’s mother cares for the members of her community, including formerly enslaved people. But Libertie’s confidence in the value of caring for others wavers when her mother’s attempts to heal a man from the mental toll of being enslaved fail, and soon, she begins seeking paths beyond the study of medicine—severing her deep connection with her mother. Blending careful attention to historical detail with a focus on themes that remain timeless—how children grow into themselves and away from their parents, and the ways racism and colorism manifest—author Kaitlyn Greenidge explores through Libertie what it means to truly be free.

In a year of endless death due to COVID-19, the U.S. Centers for Disease Control and Prevention estimates that opioid and other drug overdoses killed more than 90,000 Americans in 2020. To understand the origins of this deadly 20-plus-year epidemic, Patrick Radden Keefe, one of the top narrative nonfiction authors of his generation, offers an engrossing and deeply reported book about the Sackler family, the owners of Purdue Pharma. Their company created Oxycontin, the opioid introduced in the mid-90s that sent a wave of addiction and death across the country. Unlike previous books on the epidemic, Empire of Pain is focused on the wildly rich, ambitious and cutthroat family that built its empire first on medical advertising and later on painkillers. In his hands, their story becomes a great American morality tale about unvarnished greed dressed in ostentatious philanthropy.

The haunting debut short story collection from Dantiel W. Moniz finds a cast of characters navigating life’s biggest challenges: heartbreak, inheritance, grief and growing up. Through these intergenerational narratives all set against the swampy backdrop of Florida, Moniz creates a portrait of women taking stock of their lives and what matters most to them. There are sisters, daughters and mothers all grappling with crises, from a 13-year-old on the cusp of becoming a teenager who is rocked by tragedy to siblings who are brought together by a trip across the country with their father’s ashes. Quiet and unnerving, Milk Blood Heat explores the most sacred relationships, and the lingering effects of loss and loneliness.

At two years old, Nadia Owusu was abandoned by her mother. A decade or so later, Owusu’s sense of stability was again upended when her father, a United Nations official, passed away. In between these traumas and after, Owusu lived all over the world, from Tanzania to Ethiopia to the U.S. In her memoir, she contemplates the many pieces of her life that have been defined by these experiences in an attempt to understand what is left of herself in the aftermath. A bruising exploration of identity and belonging, Aftershocks is Owusu’s space to survey the damage, but also to interrogate and reevaluate the definitions of home and family.

One of the most celebrated novels of the year so far, Detransition, Baby is a story about the great decisions of adulthood, made by people who didn’t know they’d get to make it there. That starts with the title, a playful nod to the classic marriage plot: Reese is a trans woman who desperately wants to be a mother. Her ex Ames, who detransitioned after they broke up, is now expecting a child with his boss Katrina, a cisgender woman who has recently suffered a miscarriage. Can they build a family? Author Torrey Peters takes on big questions about redefining relationships, motherhood and family, but isn’t interested in offering up easy answers for readers.

Like a telegram from mid-century America warning us about our very present, Richard Wright’s novel arrived with the shock of recognition for readers in the midst of a reckoning with racial injustice. It is a richly allegorical, visceral and inspired story about a Black man arrested and tortured for a crime for which he is innocent—and his subsequent escape into the city’s sewer system. First written in the early 1940s after the mega-success of Wright’s Native Son, The Man Who Lived Underground was never published in his lifetime, except in a heavily edited short story that bears little resemblance to the book we now have. We have Wright’s descendants and the Library of America, a non-profit publisher that has been preserving and celebrating American literary history for decades, to thank for bringing this book to us.

Buy Now: The Man Who Lived Underground on Bookshop | Amazon

Michelle Zauner, who records indie rock under the moniker of Japanese Breakfast, has explored her grief following her mother’s death through several mediums: in her reverb-drenched album Psychopomp; in an acclaimed short story published in the New Yorker; and now in this memoir. Zauner recounts her mother’s deterioration due to cancer through prose that is lucid but far from bloodless; she shows how love during illness often looks simply like a pattern of actions and rituals of care. Zauner also writes skillfully about grappling with identity, food, music and how each impacted her relationship with her mother. It’s an at-times challenging work that plumbs her maternal relationship to its deepest depths. 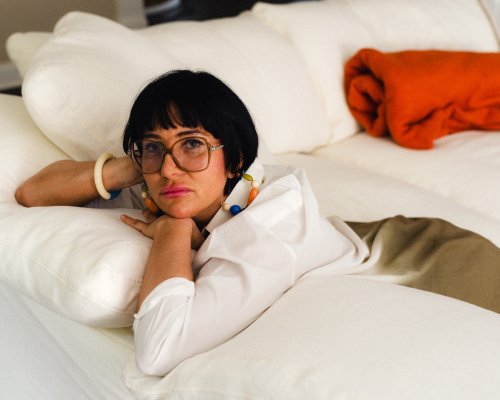 Lisa Taddeo Wants to Talk About Desire and Trauma
Next Up: Editor's Pick