India Needs All the Help It Can Get to Fight COVID-19, But Who Does Humanitarian Aid Really Serve?

As India’s COVID catastrophe rages on, aid is pouring in from all parts of the world, from countries as diverse as Kazakhstan and Korea. USAID has allotted $100 million, sending in oxygen cylinders, life-saving drugs, diagnostic kits and masks. President Joe Biden is now working on a plan to send vaccines to India. Battling its biggest health emergency since independence, India is gratefully accepting the help, having recently reversed a longstanding policy of refusing foreign aid. But the avalanche of assistance raises familiar questions about donor motives and aid efficacy that have long afflicted such humanitarian initiatives.

Critics of foreign aid hold it as unproductive and wasteful, with those like Nobel laureate Angus Deaton arguing that aid only helps insulate corrupt governments from the political pressures that would otherwise create a better functioning state by forcing them to perform better. This is seen by some as the reason why Africa continues to be poor despite the billions of dollars of aid that has flowed into the continent for decades.

Aid is also notoriously political. Disaster assistance, just like development and military aid, is primarily driven by foreign policy interests. U.S. allies are more likely to receive disaster aid, and more of it, than non-allies, especially when the U.S. is in competition with a rival power for influence. Aid jumps perceptibly to countries that rotate into the non-permanent slots at the U.N. Security Council, for example. It is more about statecraft than philanthropy.

American aid should put the emphasis “on diplomacy, on democracy, and on development,” Secretary of State Antony Blinken, then a foreign policy adviser for the Biden campaign, said last May. President Donald Trump put it more bluntly at a speech to the U.N. General Assembly: “We are only going to give foreign aid to those who respect us and, frankly, are our friends.”

The prioritizing of strategic interests means conditions of accountability are seldom attached to disaster aid. This opens up the risk of misuse—as has already been alleged with the aid to India. The U.S. State Department has been fielding questions from the media demanding “accountability for US taxpayers’ money” after reports that planeloads of aid material were found sitting at Indian hangers for days even as states and hospitals complained that none of it was reaching them.

A more fundamental question for US taxpayers would be whether the world’s sixth-largest economy actually needs any aid. For it is definitely not short of cash.

U.S. COVID aid to its allies

Three days after the first USAID consignment landed in Delhi, the Indian government fast-tracked a $2.7 billion vanity project to remake New Delhi’s seat of power as “essential service” so that work on it would not be hampered by COVID-19 restrictions. It includes the construction of a new parliament building and 10 four-story buildings for Prime Minister Narendra Modi’s new residential complex. Modi’s government has surreptitiously railroaded this project, which will see the ripping up of heritage-rich central Delhi and the demolition of iconic buildings including the National Museum.

The government is also pumping money into “cow sciences” and setting up help desks for cow protection. It is funding “research” to find if COVID-19 can be treated with Hindu hymns; mobilizing state-owned enterprises to cough up millions of dollars to jazz up Hindu shrines; and is setting up an international television channel to portray a better image of India.

Neither is India short of the material it’s getting as aid. The week the first tranche of the aid from the U.S. landed in Delhi in a Super Galaxy military transporter, carrying among other things 400 oxygen cylinders, the Indian government declared there was “absolutely no need to panic for oxygen” because “India has enough medical oxygen available” and “the only challenge is to transport it to hospitals.” It’s a mystery why oxygen is being flown in all the way from America.

Read more: How Long Will Joe Biden Pretend That Narendra Modi is a Democratic Ally?

With authoritarian governments Western aid—such as the Trump administration’s attempt to offer assistance to Iran and North Korea in the initial days of the pandemic—can act as a tool to extract concessions, force good behavior or achieve diplomatic breakthroughs. But for steadfast allies like India, foreign aid has no such utility. Unlike the regimes it considers rogue, the U.S. would never ask Modi to free the political prisoners he has stuffed his jails with, or ease up on the civil society organizations he has systematically eviscerated, as conditions for aid.

Democracies in any case tend to land more U.S. disaster aid than non-democracies, benefiting even notionally democratic countries such as India that are in effect run by semi-authoritarian regimes. India is now considered an “electoral autocracy” and a “partly free” country as its democratic credentials continue to plunge under Modi. But if its horrendous civil and political rights record hasn’t stopped Paul Kagame’s Rwanda from becoming a “donor darling,” why should it be any different for Modi’s India? That the U.S. sees India as a friendly middle power in its rivalry with China, and a key Asian ally, only makes it more indulgent of Modi’s democratic lapses.

Sudanese dockers unload bags of cereal from one of two US ships carrying humanitarian aid supplies provided by the US development agency USAID, at Port Sudan on the red sea coast on June 5, 2018.
ASHRAF SHAZLY/AFP via Getty Images

The Indian government has complained that the “vulture journalism” of foreign media “dehumanizes” the victims of the COVID-19 tragedy. But it is this global media focus that is also bringing in the donations of oxygen concentrators and ventilators. The droughts in Ethiopia and Botswana in 1985 and 1986 respectively are often cited as examples of media salience in humanitarian aid. While the Ethiopian drought got a lot of international media attention, that in Botswana the following year was crowded out of the news cycle by other events. As a result, affected Ethiopians got 10 times more than victims in Botswana.

One study of the U.S. response to 5,000 natural disasters between 1968 and 2002 concludes that disasters that were “in the news” were more likely to receive relief than those that were not. One New York Times article was worth more disaster aid dollars than 1,500 fatalities, estimated another study, on the drivers and patterns of U.S. disaster aid between 1964 and 1995.

Read more: India’s COVID Crisis Is Out of Control. It Didn’t Have to Be This Way

But the most glaring flaw of the arguably broken humanitarian assistance system, especially in man-made disasters like the ongoing crisis in India, is that it rewards disaster rather than incentivizing its prevention. And it rewards the same entities that caused the disaster in the first place by channeling the aid through them. India wouldn’t have needed much of the aid coming its way today had its government used the entire year it had to prepare since COVID-19 first hit the country. Instead, it ignored warnings of an inevitable second wave, prematurely declared victory against the virus for political gains and failed to stock up on vaccines or ramp up the health infrastructure.

The response to the second wave is just as appalling. The country has been pretty much on autopilot with its top ministers, including Modi, seldom seen. Apart from the inanities when they do show up, there’s no clear blueprint on the plans to tackle this crisis. Last Sunday, one of India’s top virologists quit a key COVID panel after complaining that scientists are facing a “stubborn response to evidence-based policy making.” Senior members of the ruling party are prescribing the drinking of cow urine to fend off COVID-19, and journalists are being arrested for warning people that cow urine and cow dung are not a cure. Not a hopeful look for the political leadership of a country where COVID-19 has already affected more than 25 million people. But the optics-driven politics of disaster aid is blind to these failings. 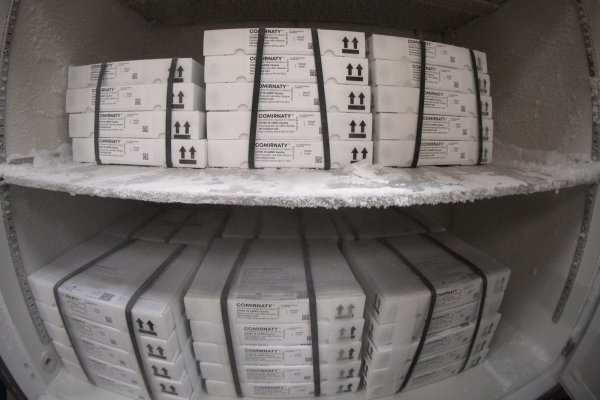