As India’s COVID-19 second wave began to surge last month, the country’s largest-selling newspaper, the Hindi-language Dainik Bhaskar, splashed its Apr. 15 front page with a night-time shot of a crematorium in the city of Bhopal, dotted with the ghoulish orange glow of pyres. The banner headline declared, “The government’s data are fake, the pyres tell the truth.”

That day, Bhopal officially reported four COVID-19 deaths. But the paper found that the three crematoriums in the city had conducted the funerals of 112 COVID-19 victims. Similar under-reporting in other parts of the country was called out by newspapers, television channels and online media. In Gujarat, the home state of Prime Minister Narendra Modi, the city of Ahmedabad declared 20 COVID-19 deaths on Apr. 12. Local paper Sandesh reported that at just one city hospital, 63 people died of the virus that day.

The COVID-19 catastrophe unfolding in India is being painstakingly chronicled by Indian journalists, who are holding the government to account for it. For India’s mostly servile media, this is a striking break from the usual after seven years of Modi. It’s also a little late.

Many Hindi- and English-language news channels, as well as regional news outlets, are unabashedly pro-Modi. They have routinely exaggerated the government’s successes and either glossed over its failures or spun ways to pin them on Modi’s discontents: the opposition, liberals, Muslims, activists, leftists, protesters, NGOs, and other assorted “anti-nationals.”

The government’s handling of the pandemic has now made the scale of COVID-19 damage difficult to hide for even the staunchest of its media friends. But it is that media’s Pavlovian obeisance to power that helped the build-up of this epic tragedy. A media trained to amplify the ruling party uncritically failed to hold it to account when there was time, and force real action. All that has happened—the collapsing healthcare system, the mountains of corpses, the nationwide hunt for oxygen and the scramble for a piece of earth to give the dead the dignity denied to them in life—is as much on the media as it is on the government.

A view inside the Covid-19 care center at the Commonwealth Games Village, on May 2, 2021 in New Delhi, India.
Raj K Raj/Hindustan Times via Getty Images

The taming of India’s media began with Modi’s rise to national power in 2014. His ascent was accompanied by a remaking of the editorial leadership of some of India’s major news organizations, in particular national-level television networks. The previous crop of senior editors, seen to be more loyal to the liberal vision of India rather than his Bharatiya Janata Party’s (BJP) Hindu nationalist worldview, were eased out and new channels and news leaders, with fealty to the party and Modi, were established.

Democratic governments elsewhere seek validation from the media, and their spin doctors toil for favorable headlines. In India, Modi has ensured it is the media outlets—with a few honorable exceptions—that seek the government’s approval. For a dominant section of the media, derisively called “godi media” (Hindi for “lapdog media”), every news show is as much a competition for ratings as it is for gaining the master’s affections.

India’s federal and provincial governments wield enormous power over media corporations because of their hefty state and party advertising budgets. The federal government alone spent about $270,000 on advertisements every day in the 2019 to 2020 financial year. Access to power and business favors add to the inducements to stay on message. Modi has used these levers to turn some of the biggest names in India’s news industry from barking watchdogs into obliging poodles. Today India ranks 142nd out of 180 territories in the World Press Freedom Index, below the military-ruled states of Myanmar (140) and Thailand (137).

Read More: The Indian Government Is Silencing Critics Even As Its COVID-19 Crisis Surges

This lowly status is most acutely felt in the poor quality of public information. The media echo chamber ensures that bad news never sticks to the government. Or better still, never gets out. The diversions are blatant and often laughable. When Modi suddenly pulled high-value banknotes from circulation in a supposed war on dark money in 2016—a crippling shock from which the economy never recovered—some news presenters gushed that the replacement notes would come embedded with “nano GPS chips,” making them impossible to hide.

A Covid-19 patient receiving oxygen support in a car at an "Oxygen langar" by Gurdwara Damdama Sahib, on May 2, 2021 in New Delhi, India.
Sanjeev Verma/Hindustan Times via Getty Images

Amplifying Modi’s narrative on the pandemic

Just as common as misinformation is the cheerleading for Modi’s every move. Whatever the prime minister does is a “masterstroke.” And so it has been with the handling of the pandemic. India’s first COVID-19 case was confirmed in January last year, but his government dismissed the opposition’s warnings about the coming disaster well into March. “There’s no need to panic,” the country’s health minister tweeted on Mar. 5, 2020. “India DOES have a robust healthcare system which is being appreciated globally.”

But just a couple of weeks later, Modi declared one of the world’s most severe lockdowns with a mere four hours’ notice. The incomes of millions living in precarity vanished in an instant, triggering an unprecedented mass migration of daily wage earners from the cities back to their villages. Hundreds died trying to get home amid the lockdown. The economy crashed 24%. The number of poor people increased by 75 million, accounting for 60% of the global increase in poverty that year.

The media protected Modi from any proper public scrutiny of his initial handling of the pandemic. He made repeated television appearances in which he said little of substance and offered no concrete plans to tackle the crisis. Instead, he called for festivals of sound and light, and ordered the armed forces to shower flowers on hospitals—all of it hyped up by doting anchors as proof of Modi’s strong leadership.

The series of spectacles helped keep the attention away from the crisis affecting migrant laborers and a meltdown of the healthcare system and the economy during the first wave. “Godi media” also chipped in with reports blaming Muslims for spreading COVID-19, following the Delhi gathering of an apolitical Islamic organization called Tablighi Jamaat. The media happily disseminated the idea that this was a deliberate superspreader event, with daily reportage suggesting a wider “corona jihad” by Muslims.

As the virus waned after the first surge, Modi set the media narrative that it was his “decisive” lockdown that had saved the country, and prematurely declared victory against the disease. Then, even as scientists warned another wave was imminent, Modi led state after state into elections, with every election rally a chance for unmasked crowds to gather while the media whipped up campaign fever with wall-to-wall coverage. While his government stopped preparing for a second wave, television channels gave it prime time slots for the promotion of snake-oil cures for COVID-19 rather than tracking the progress in building up oxygen and hospital capacity.

The media also amplified Modi’s propaganda touting Indian vaccine leadership. One of the two “Indian” vaccines is homegrown but the major one, the Oxford-AstraZeneca one, is as Indian as Mercedes-Benz is Chinese—simply made in India under an outsourcing contract. Modi wasn’t “giving away” vaccines to the world, as the headlines suggested. Except for a tiny amount of Indian handouts, vaccines manufactured by two Indian companies were sent abroad either as part of an agreed global program of equitable vaccine distribution, or as commercial exports. And there was a lot to export, because Modi wasn’t buying much for his own people.

Neither did Modi help the two Indian companies scale up production to meet India’s needs, nor did he allow in foreign vaccines, as that would jar with his India vaccine story. Now vaccines are in short supply and the vaccination rate is abysmally low. If the media had demanded to know what exactly he was doing to vaccinate his people, apart from talking about it, India might have tackled the second surge better.

At every step of the COVID-19 saga over the past year, major sections of the Indian media have abdicated their oversight responsibility. They refused to question Modi, and allowed him to use a national disaster to bolster his image, consolidate power, stifle dissent and masquerade grandstanding as governance. Like Modi, they failed India when India needed them most. Indians and the world now blame Modi’s government for dropping the ball in the fight against COVID-19. Media houses that rolled over for India’s rulers are equally culpable. 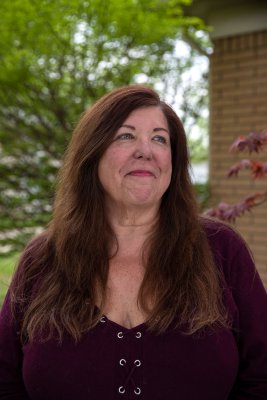 Single, Fully-Vaccinated Seniors Are Looking for Love Again
Next Up: Editor's Pick