It is often thought that fairy tales live on because they express unchanging truths about the human condition. Cultural historians might question this. These stories shift and evolve, refracted through the values of the societies that retell them.

The story of Cinderella has mutated through time, from 17th century France to the present, though some would trace it back even earlier. But it has not always been equally popular—and the narrative’s rise and fall offers a unique window into what our culture expects of and for women.

Few moments in Cinderella history can compare to the 1950s in North America and Britain. The story’s cultural dominance at that time in part reflected the phenomenal success of Walt Disney’s animated Cinderella, in 1950. But the story was already being retold in countless children’s picture books, romance literature, and in ballet and theater performances in the late 1940s. The CBS Rodgers and Hammerstein version of Cinderella, screened in 1957, attracted what was then the largest TV audience in history. Julie Andrews played Cinderella—neat as a new pin and not remotely servile.

References to Cinderella proliferated in popular culture and were widely used to sell consumer goods. Shell Petroleum used an image of a fashionably dressed Cinderella exiting her pumpkin coach in an advertisement of the 1940s, Revlon lipstick boasted a new lipstick in a “Cinderella pumpkin” shade of orange, and Coty packaged perfume in a faux glass slipper.

Why did the story have so much resonance in the late 1940s and 1950s? “Rags to Riches” stories had long appealed in North America. In postwar Britain, a weariness with rationing and austerity helps to explain women’s delight in transformations and the idea of release from domestic drudgery. Both a Royal Wedding (1947) and the coronation of the young Elizabeth II (1953) fueled dreams of fairy-tale romance, golden coaches, dreamy dresses and sparkling crowns.

Most of all, the idea of a girl meeting her prince, marrying young and living happily ever after chimed with the dreams of many young women in the 1950s. The age of marriage was falling in both the United States and Britain and it became common to think of oneself as “left on the shelf” if not married by 21. This was the message purveyed in a rash of new romance comics and magazines aimed specifically at young women, with titles such as Young Romance and Young Love. By the early 1950s there were some 150 similar titles on the newsstands. Cinderella Love was one such example. It featured stories with titles such as “Rustic Cinderella” or “My Prince Charming,” and gave advice on finding and making sure of Mr. Right. Young men didn’t always see eye to eye with their female counterparts on the issue of early marriage, these titles told their readers, but might be baited with the promise of sex. There was something predatory about this, on both sides.

Finding the right man was imagined as a happy ending. A tall order for a girl barely out of her teens, and a form of imaginative and narrative closure.

By the time the next decade came to an end, it was clear that the dream was not very realistic, as it turned out. Early marriages proved themselves particularly vulnerable to breakdown, especially as life expectancy was increasing. With better education and a widening of employment options, women were becoming more independent and resourceful. The advent of the contraceptive pill and access to legalized abortion helped to weaken the assumption that sexual activity should be properly confined within marriage. By the 1970s, both men and women were questioning the desirability and usefulness of traditional gender roles. The idea of one true love—a spouse who would provide for every possible need, economic and emotional, and would go on doing this for some 60 years or more—was looking, to say the least, optimistic.

Historians of the family such as Stephanie Coontz and Claire Langhamer have emphasized how rising expectations of marriage, and particularly the idea that it should be built on love and lifetime romance, rather than on the more practical considerations of property and family, have undermined the stability of the institution itself. The strains on marriage, in an era that prizes individuality and sexual self-fulfillment alongside lifetime fidelity, are clearly immense. Belgian psychotherapist Esther Perel’s books and Ted talks, which address some of these strains and tensions, currently attract a massive following. Social scientists such as Eric Klinenberg and Bella DePaulo show that for an increasing number of us, the “traditional” nuclear family model of living, with breadwinner husband, dependent wife and two or three children, is no longer relevant. Patterns of loving and living are changing.

The princesses have changed, too.

Female heroines in Disney films of recent years have been much spunkier than those of the 1950s. Tiana, Rapunzel, Merida and Moana have much more about them than ever did the wide-eyed and wiltingly compliant innocents Snow White, Cinderella or Aurora. Where the earlier princesses sang alongside the bluebirds and mice who helped them with household chores, the more recent heroines wouldn’t take kindly to being boxed up in pumpkins or palaces. Nor do they fall instantly in love with anything princely in tights. Meanwhile, versions of Cinderella have been modified for more modern times. The 1997 Walt Disney TV Cinderella, based on Rodgers and Hammerstein’s musical version, was more feminist and ethnically inclusive, with Brandy Norwood starring in the title role.

But it is the heroines of Disney’s 2013 Frozen who have really captured the hearts and imagination of modern viewers. Sisters Anna and Elsa are flawed and personable. Elsa is far too preoccupied trying to deal with the conflict in her own life to obsess about princes. Anna goes for sisterly loyalty and adventure over a less-than-charming prince. The girls are intrepid, have courage, and thrive on adventure. There’s no facile romance, nor any suggestion that falling in love is easy, or that it marks a full stop in life, a form of narrative closure. A man may be a comrade or a companion on a journey for a woman, but he is no longer an ending.

This is perhaps the crux of the matter. Cinderella dreams an impossible dream: she isn’t a helpful role model for today’s young girls thinking about their future, and is unlikely to regain the intense hold over the female imagination that was evident in the 1950s. Is it time to call time on the threat of the midnight curfew, and maybe on Cinderella stories altogether?

Carol Dyhouse is Professor (Emeritus) of History at the University of Sussex. She has written extensively about the social history of women, education and popular culture. Her most recent book is Love Lives: From Cinderella to Frozen. 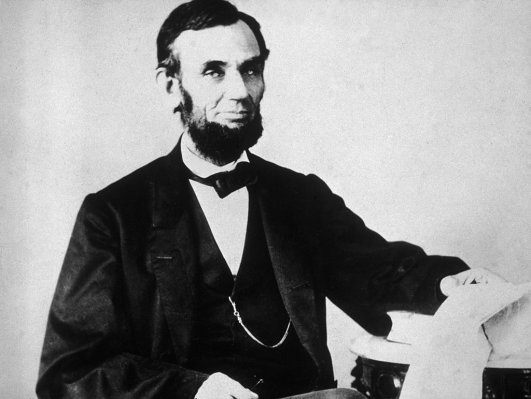 Why Abraham Lincoln Still Deserves His 'Best President' Rank
Next Up: Editor's Pick