Billie Eilish: The World's a Little Blurry Is a Mostly Fascinating Portrait of an Apocalyptic Teen Pop Star

The history of popular music is a pendulum constantly swinging from authenticity to artifice and back. This dialectic shapes and is in turn shaped by youth culture; baby boomers mirrored the bouncy, smiley, clean-cut early Beatles’ rapid transformation into the psychedelic, spiritual, hairy late Beatles. A generation later, the hair metal and synthpop of the ’80s gave way to the grunge and gangsta rap of the ’90s. And recently, as a long era of perfectionist pop wanes, an apocalyptic Gen Z take on authenticity has emerged. One of its most visible avatars is Billie Eilish.

Since breaking out on SoundCloud in late 2015, the now-19-year-old singer and songwriter has ascended to such a rarefied level of fame as to require almost no introduction. At first, she was a strictly teenage phenomenon; parents often claimed not to “get” her. But Eilish had progressed to stardom by the time she dominated the Grammys in 2020, winning Album of the Year for her debut When We All Fall Asleep, Where Do We Go?, which pairs her melancholic alto whisper with creeping, staccato beats recorded at home by her older brother and producer, Finneas. So it was only a matter of time before she, like such elders as Taylor Swift, Beyoncé and her middle-school crush Justin Bieber, got her own documentary. That excessively long but mostly insightful and absorbing film, Billie Eilish: The World’s a Little Blurry, comes to Apple TV+ on Feb. 26.

It could’ve been a disaster. Because the idea of authenticity—which in Eilish’s case means a mix of homegrown talent that resonated with her peers before reaching most adult gatekeepers, openness about her depression and an emotional relationship with listeners she sees not as fans but as “part of me”—is so central to her appeal, a version of Blurry that felt overly slick or superficial might have felt like a betrayal. But profiling unique personalities is director R.J. Cutler’s specialty, in projects such as last year’s Belushi and The September Issue, from 2009, which chronicled behind-the-scenes power struggles at Anna Wintour’s Vogue. His account of Eilish’s rise combines vérité-style documentation and a lifetime’s worth of home movies with the generous serving of concert footage that those who already know her life story better than they know their own have surely been craving, especially after a year without concert tours.

It’s a complex, observant and overwhelmingly (if unsurprisingly; the film was co-produced by her label, Interscope) flattering portrait. And, if they can sit tight through too many similar home-recording scenes, it should help the perplexed appreciate her appeal. Onstage, we see her move like a rapper, leaning over a handheld mic and bouncing as if she’s got springs in her sneakers. Offstage, she talks like a skater boy: brash and funny, with a stoner drawl that belies her anti-drug stance. Her baggy T-shirts and calf-grazing shorts split the difference between the two subcultures—and have kept media chatter focused on her music more than her body. Pointy acrylic nails, slime-green long hair and pounds of silver jewelry offset the boyishness; Eilish’s feminine flourishes are one part gothic, two parts knowingly cartoonish. She sings in a throaty, nightclub whisper and makes videos full of ominous imagery. She appears to be at her happiest with her arms around an ecstatically sobbing fan, but there are also some disconcerting moments when you can practically see the serotonin draining out of her. Like most generational talents, she synthesizes seemingly disparate influences into something seamless and new.

And if she ever stumbles upon this review, the question isn’t whether Eilish will roll her eyes at the descriptions above but how many times she will do so. Which is another way of saying that, in interviews and public appearances as well as in the film, she comes off as a true original but also, simultaneously, a classic self-conscious teen and a quintessential member of a cohort whose youth was shaped by the social media horde and its incessant feedback, whether they were famous or not. Blurry is most fascinating, and upsetting, when Cutler’s camera captures Eilish struggling with the hyper-awareness that she’s always just one tiny public mistake away from a critical Instagram comment that begets a screechy Twitter controversy before snowballing into a full-fledged media narrative that might take her years to live down.

“I don’t want anyone who knows who I am or is any sort of fan or knows a fan to see me in any sort of awkward situation,” a post-When We All Fall Asleep Eilish tells her family, toward the end of the 141-minute movie, as they roll through traffic in a tour bus. “It’s embarrassing, and I have to keep smiling, and if I don’t, they hate me and think I’m terrible.” Maybe that complaint sounds bratty on paper. In all likelihood, no real damage resulted from the incident under discussion, in which handlers ambushed the exhausted singer backstage and pressured her to meet and greet a long line of industry types (“randos,” as she calls them), after which a social media commenter complained about Eilish’s attitude. But imagine how crazy-making it would be to go through adolescence—a time when we all feel like everyone is staring at us—with the certainty that you’re being recognized, observed and submitted for public scrutiny every time you leave home.

The anxieties of fame aren’t the only things keeping Billie Eilish awake at night, of course. While mostly respecting the couple’s privacy (we rarely see them together on camera), Cutler traces the dissolution of her relationship with a boyfriend who seems incapable of showing up for her or showing her affection. There is an odd disconnect between his indifference and the adulation of her fans or the careful treatment she’s given by a family that’s painfully aware of her mental health. It reminded me of a recent essay by the actor and writer Tavi Gevinson, who got her start as a tween fashion blogger, responding to weeks’ worth of discourse about girls and young women in pop culture spurred by the documentary Framing Britney Spears. Recalling past sexual encounters that she’s since come to understand as constituting rape or abuse, Gevinson points out that “there is a difference between having power and feeling empowered.” Blurry, which depicts a very different kind of female teen pop star at a very different moment in history, should be part of that conversation.

If Britney became cultural shorthand for a generation of girls expected to know, at an unfeasibly young age, how to wield their sexuality, then Billie’s less gender-specific persona feels symbolic of a generation whose chief worries—the pandemic, white supremacy, uncertain job prospects, climate change—aren’t in the mirror so much as out in the world. (Eilish performed at the 2019 American Music Awards in a T-shirt that read: “No Music on a Dead Planet.”) In Blurry, Eilish’s mother Maggie Baird makes a connection between her daughter’s state of mind and the future facing her peers: “It’s a horrible time to be a teenager,” she says. “Kids are depressed.”

Depression is, of course, central to Eilish’s claim on authenticity. That makes me a bit queasy, especially when I consider the fates of so many other young artists who’ve connected with their even younger audiences on the level of brain chemistry. The weight of stardom on her psyche clearly worries her parents and her supportive, apparently unflappable brother, too; they seem, understandably, confused as to whether they can help her more by letting her be entirely herself or by trying to steer her away from situations that will leave her open to any sort of backlash.

As a casual fan almost twice Eilish’s age, I wanted both a more concise doc and one that spent more time with her ambivalent family. (A scene where she zooms off on her first solo car trip while her dad, Patrick O’Connell, stays behind to riff on the tension he feels between protecting his kids and honoring their independence has stuck with me.) But, as much as I admire her, Billie Eilish isn’t speaking primarily to me. Her music is for the kids who need it, and so is Blurry. Good. 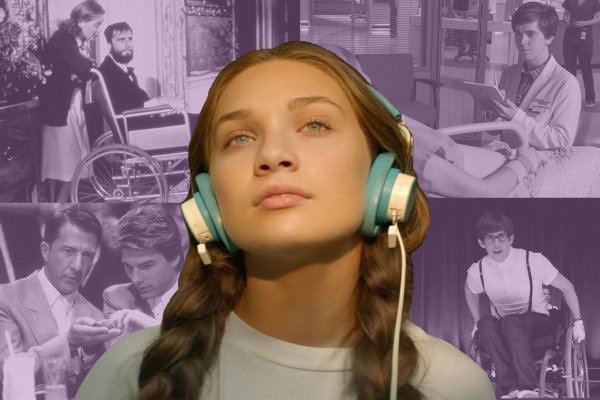