For more than a half decade now, mainstream Republicans would lower their voices in both volume and pitch and tell each other that things were going to go back to normal as soon as Donald Trump was ushered from the stage. The Trump era, they argued in mostly hushed tones, was an aberration, an oddity. His hold over the Republican Party was fleeting. His base would not live on after he was gone.

Well, judging by this week, their optimism may have been grossly misplaced. It turns out House Republicans don’t share the view that Trump is dethroned in retirement at his suite at Mar a Lago. Instead, they are still acting as if Trump is the GOP’s infallible ruler who deserves fealty or, absent that, fear. At least when the public is watching, anyway.

Consider two competing scenes that unfolded on Wednesday and Thursday night. Last night, after hours of epic whataboutism and arguments over process and precedent, the House by a 230-199 vote booted a conspiracy theorist lawmaker from her committees and effectively rendered her powerless. A scant 11 Republicans joined united Democrats in the vote that firmly said that Marjorie Taylor Greene’s pre-Congress endorsements of QAnon conspiracy theories, support for violence against Democratic lawmakers and anti-Semitism disqualified her from seats on the education and budget committees. The event played out on C-SPAN.

Roughly 24 hours earlier, many of the same Republicans who voted to let Greene keep her power also stood by Rep. Liz Cheney, the third-ranking Republican and one of the 10 GOP members who supported the second impeachment of Trump. Cheney faced a challenge from pro-Trump colleagues who found her vote disqualifying. She held her post by a 145-61 margin. That vote was taken in private, so pro-Trump voters back home don’t have a way of knowing who sided with Cheney.

And that’s the trouble for Republicans: many are in agreement that Trump-style politics is bad for the party. Senate Republicans made the unusual move of telling House Republicans this week to cut Greene loose and move on. None other than Minority Leader Mitch McConnell, who heeds Ronald Reagan’s 11th Commandment to never speak ill of another Republican as Gospel, called Greene a “cancer.” Similarly, McConnell has not spoken to Trump since the Jan. 6 riots and has told friends and donors that he hopes never to do so again. The McConnells and Cheneys of Capitol Hill think Trumpism is going to hobble their agenda today and their chances in 2022. They aren’t alone — just don’t ask the rank-and-file to say it aloud. They backed Greene in public but kept Cheney in power in private.

It’s the ranks of McConnell and Cheney who are the true leaders in the GOP, but it’s the likes of Greene who are its face and have captured the party’s base’s imagination. Greene seems to understand this. She took to the House floor for a speech yesterday that some called an apology and others noted lacked any actual regret or responsibility for her embrace of dangerous lies about the 9/11 terrorist attacks, the mass shootings in Las Vegas and in schools and a Satanic cabal simultaneously running the country and a child pedophilia ring.

Greene also appeared to understand that she was about to lose her committee assignments and, with them, and real responsibility in Congress. Wearing a “free speech” mask and appearing defiant, she threw blame at others, including journalists. She warned lawmakers that an attempt to “crucify” her would lead to a “big problem.” Today, when asked about social media posts suggesting violence against Democrats like Speaker Nancy Pelosi, Greene demanded that CNN apologize for reporting on “Russian-collusion conspiracy theories.” “You owe the people an apology. You lied about President Trump,” she said.

Last week, we wrote about how much of a headache Greene stood to become for her Republican Party. Greene won her seat with 230,000 votes in a deeply conservative northwest Georgia district where many don’t disagree with the QAnon gospel. They’re not an aberration: a full 41% of Republicans think QAnon is a good thing for this country. If Greene’s going to run and win again, she’s going to have to keep those supporters believing she’s still one of them. So, in effect, her supporters in Georgia may well have hijacked the Republican identity, at least until enough Republicans can marshal a mute button — the way the GOP did in 2019 and removed Rep. Steve King from his committees because of racist language.

Greene’s eight-minute yesterday speech was a pitch-perfect understudy for what Trump taught this town — that grievances unite a tribe, perceived inequality in power animates, elites are seldom welcome mascots. And, with the cameras rolling hours later, all but 11 of her GOP colleagues decided to stick with her. For now, those hushed conversations about the post-Trump era will have to take place out of earshot of anyone who might tell the 230,000 Georgians about the real cabal in Washington: those who still fear Trump and gave Greene a standing ovation on Wednesday.

Judging from how MTG followed-up today, with a menacing message delivered from outside the Capitol about how her colleagues were muting her constituents, she isn’t going away. “I’m fine with being kicked off my committees because it would be a waste of my time,” Greene said. “Now, I have a lot of free time on my hands, which means I can talk to a whole lot more people all over this country. I can talk to more people and make connections and build a huge amount of support … with people who want to put America first.” All that was missing was the blaring MAGA soundtrack. 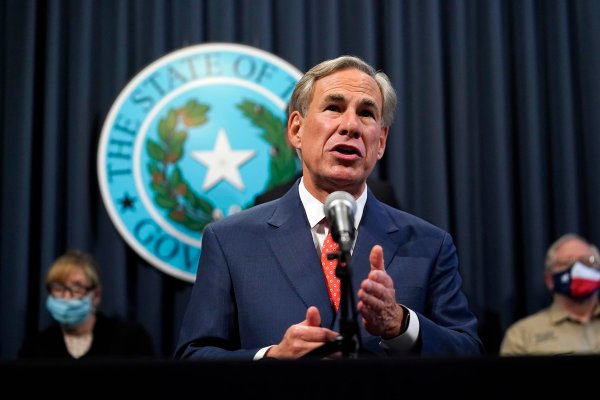 State Budgets Are In Tatters. Republicans in Washington Say Too Bad
Next Up: Editor's Pick