The Long Song Is a Brilliant Tale of Slavery’s End in Jamaica, Frustratingly Told

On Christmas Day, 1831, the Baptist deacon Samuel Sharpe organized a strike on the Jamaica sugar plantation where he was enslaved. When the strikers’ demands for pay went unmet, their work stoppage escalated into a full-on uprising that spread across the island’s sugar plantations for 11 days and involved tens of thousands of enslaved people, in what is widely believed to be the largest slave rebellion in the history of the British Caribbean. Known to posterity as the Baptist War or the Christmas Rebellion, it foundered in early 1832; the British eventually executed Sharpe and more than 300 of his fellow freedom fighters. But, fueled as it was by rising opposition to slavery in Great Britain, the uprising influenced the emancipation of enslaved people across much of the Empire in the years following the Slavery Abolition Act of 1833.

The Christmas Rebellion figures prominently in The Long Song, a three-part BBC miniseries, adapted from the late Jamaican-British author Andrea Levy’s acclaimed 2010 novel, that will make its U.S. debut Jan. 31 on PBS’ Masterpiece. At an 1831 holiday dinner in Jamaica, a debate arises among white plantation owners over the threat of slaves taking up arms against their masters. “They lack any ability to organize themselves,” one man opines. Later that night—at the precise moment when a guest is putting his hand up the skirt of the show’s protagonist, an enslaved woman named July, in a casual act of sexual assault—soldiers burst in with news of the revolt. It’s an episode that at first appears to depict the fall of a brutal institution. But, true to history, the triumph is brief. Even after emancipation, we watch supposedly free Black Jamaicans harvest sugarcane in the same fields they worked before it, still supervised by white men with bullwhips. Such complexity is the essence of this incisive but unimaginatively adapted story, which subverts the overly simplistic binaries of bondage and liberty, oppressed and oppressor, abolitionist and enslaver.

Though it concentrates on July’s early adulthood in the 1830s, when she’s portrayed by versatile theater vet Tamara Lawrance as a canny survivor, The Long Song spans decades of her life, beginning with her birth to an enslaved woman, Kitty (Sharon Duncan-Brewster), who was pregnant by her white overseer. In a horrifying childhood scene, July is snatched from Kitty’s side, renamed Marguerite and groomed as a lady’s maid for the plantation owner’s sister, Caroline (Hayley Atwell, best known as Marvel’s Peggy Carter, darkly hilarious as a coddled woman who behaves like a toddler). Years later, she stays sane by undermining her captor at every opportunity, pulling the laces of Caroline’s corset painfully tight and serving meals to the insufferable woman’s guests on soiled bed sheets presented as table linens. July thirsts for freedom. Of course she does. Who wouldn’t? But her pursuit of it can conflict with her loyalty to those even less fortunate: enslaved farm workers like Kitty.

It’s this moral ambiguity that modernizes the historical narrative, as scripted by Sarah Williams, who previously adapted Levy’s Small Island for the BBC. Lawrance’s July is smart, vibrant, thrillingly defiant and generally charming, but also undeniably selfish. Poisoned by ambient racism, she takes pride in being mixed-race rather than having two Black parents, going so far as to boast about her Scottish-born rapist father. Her motives for pursuing free men are not purely romantic. And lest white viewers in particular grow too smug in their disdain for the self-evidently monstrous Caroline, The Long Song deepens its depiction of colonizers with a scathing character study of a young, progressive, abolitionist overseer who seems at first to be the answer to July’s prayers (Jack Lowden of Small Axe: Mangrove, pulling off a haunting transformation). There are no white saviors here. The only heroes are enslaved people and survivors of slavery who use what little agency they have to protect the people suffering around them.

The only problem—one that might say less about director Mahalia Belo’s aesthetic instincts than it does about the BBC period-drama factory—is bland direction that feels inappropriate to the subject matter. Like so many Masterpiece Classics, the indifferent cinematography gives the impression of video cameras wandering through a stage play. The soundtrack is solemn and orchestral; when the strings swell, you know it’s time to feel sad. There’s sporadic narration from a not-so-mysterious older woman with a Jamaican accent, whom we occasionally see writing at a desk. At first, it seems as though The Long Song is satirizing this genre cliché. “The life of a white missus on a Jamaican plantation be surely full of tribulation,” the narrator coos in the opening sequence, “from the scarcity of beef to the want of a fashionable hat to the almost-impossible search on the so-small island for a suitable man to marry.” The twist: “But if that is the story you wish to hear, then be on your way. Go! Yes, go! For the tale I have to tell is quite a different one.” If only the show had the courage to follow through with such irreverence.

Just last year, Showtime’s excellent take on James McBride’s novel The Good Lord Bird demonstrated that it was possible to adapt a contemporary book about the messy final years of chattel slavery without either neutralizing its satirical humor or undercutting the seriousness of the subject matter. Even the recent BBC adaptation of Vikram Seth’s A Suitable Boy was able to elevate a boilerplate script with bold direction from Mira Nair that infused each frame with the vivid colors and cultural contradictions of postcolonial India. It’s a relief to see British public television spotlight authors of color and confront racism, colonialism and slavery in the nation’s history. It’s just a shame that these shows are often made in a style that is so tired by this point, it even does a disservice to the Dickens and Austen tales for which it was originally developed.

The Long Song is weak where A Suitable Boy is strong, but happily it’s also strong where A Suitable Boy is weak—in the level of nuance its storytelling achieves. It’s rare to see television capture the many smaller moral failures nested within the atrocity of slavery, the way it forced the enslaved to make desperate choices and made monsters of its beneficiaries. It’s the rare streaming-era show that doesn’t feel padded for binge viewing. And all three lead performances, especially Lawrance’s, are world class. All told, it’s a very good miniseries that should have been great. 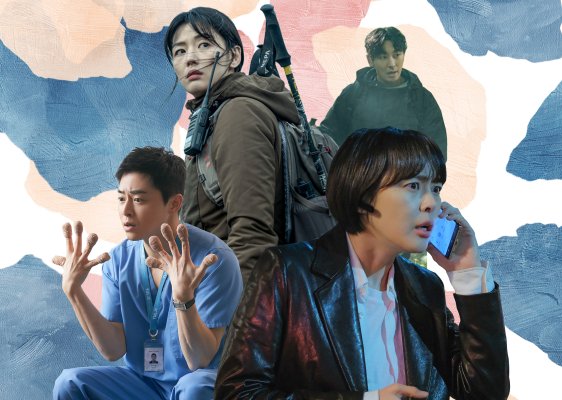 The 15 Most Anticipated Korean Dramas of 2021
Next Up: Editor's Pick