The first mission of Marvel’s Agents of SHIELD was to figure out why, exactly, the agents of SHIELD had their own show. By its second season, it’s made progress in that investigation, but it was rough going. The problem wasn’t that the series lacked superheroes; it was that it lacked apparent purpose. It assumed we’d love the brand, and in time we’d learn to love the characters and the story, once it figured them out.

Marvel’s Agent Carter (ABC, Tuesdays) has things in common with its big sib (the movie antecedents, that clunky “Marvel’s“), but it has an advantage off the bat. It has a protagonist–Peggy Carter (Hayley Atwell) of the Captain America films–with voice, personality, conflicts and a mission. And it turns out that, not an invulnerable shield, is all you need to make a fun hour of TV.

You don’t need to have seen the movies to follow Agent Carter; a businesslike trailer at the beginning of the pilot takes care of that. But to debrief you: after her comrade/lover the Cap’n crashed into the Arctic in The First Avenger, the British agent finds herself in reduced circumstances. It’s 1946, WWII is over and–like women in offices and factories across the U.S.–she finds herself demoted in favor of returning GIs, pushing papers for condescending male agents at the Strategic Scientific Reserve. But she ends up back in the field, surreptitiously, after old colleague munitions maker Howard Stark (Dominic Cooper) finds his deadliest weapons turning up in the hands of bad guys.

That’s it. No grand mythology. No tie-ins to a movie release. Just one mission that will drive the show’s eight-episode season–and one focal character, whom Atwell brings electrically alive. Like a ’40s movie idol, Atwell’s Carter is more woman than girl, in her bearing, history and confidence. She’s as convincing wielding a crisp insult as an improvised blade, conveying the control and deftness Carter requires to run a covert operation under the patronizing gaze of her inferior superiors in the SSR boys’ club. (The second episode makes a wry comment on how women like Carter were written out of war history, as she listens to a “Captain America Adventure Hour” radio serial that recasts her as a Betty-Boop-voiced nurse: “You lousy Krauts are in big trouble once Captain America gets here!”)

The single story arc gives the first two episodes time to focus on character, and it helps that Carter has character conflicts to invest in–not just workplace sexism, but dealing with her personal loss and finding a postwar sense of purpose. (And the show’s superhero-less world requires no suspension of disbelief, since the Captain is on ice for the decades until the present-day of The Winter Soldier.)

Agent Carter‘s writing early on isn’t at the level of the best Marvel films, or even The CW’s new The Flash–too many cartoon-bubble lines like, “It’s technology that could give the A-bomb a run for its money!” But Atwell and the producers (including Michele Fazekas and Tara Butters of the late, clever Reaper) have made something entertaining and engaging enough that you don’t miss the superpowers and spandex. Their Agent Carter doesn’t need to be super to be a heroine. 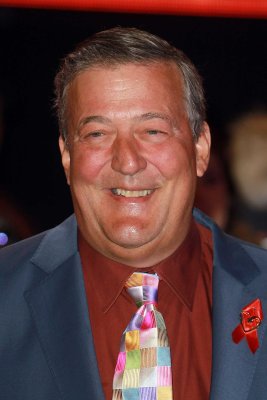 Stephen Fry Is Getting Married
Next Up: Editor's Pick