Jamaican immigrants welcomed by RAF officials from the Colonial Office after the ex-troopship HMT 'Empire Windrush' landed them at Tilbury.
PA Images via Getty Images—PA Images
By Billy Perrigo

Britain observes Windrush Day on Monday, a celebration of the contribution of first-generation migrants, especially those with an Afro-Caribbean background, to British life. This year, it comes amid a broader reckoning on institutional racism, kicked off by the killing of George Floyd.

The day is named after the Empire Windrush, a ship that docked near London in 1948 carrying the first cohort of migrants from the Caribbean who had been invited by the government to relocate to Britain to help fill a labour shortage after World War II.

But Windrush Day was not widely celebrated until 2018, in the wake of a scandal about institutional racism in the British government and its deadly outcomes for Black people from the Windrush generation. This year, following the death of George Floyd in Minneapolis and a surge in support for the Black Lives Matter movement in the U.K., Windrush Day is being marked amid an even broader social reckoning over structural racism around the world.

The moment is a fertile one in Britain. In response to Floyd’s murder, thousands of Black Lives Matter protesters marched in cities across the U.K. in early June. Several statues of slave traders and colonialists were removed, including one of slave trader Edward Colston in Bristol, which protesters toppled and threw into the city’s harbor. Others were removed by local councils and private landowners.

As well as educational events being held in schools, towns and cities across the U.K. to mark Windrush Day on Monday, Hackney council in east London announced it would erect two sculptures honoring the Windrush generation in the ethnically diverse borough.

Who are the Windrush Generation?

The “Windrush generation” is a term used to describe the people who arrived on the Empire Windrush and other boats after it, part of a wave of migrants who would help to rebuild, and reshape, the United Kingdom after World War II.

In 1948, as the British Empire was being dismantled, Parliament passed a law giving residents of the Commonwealth (Britain’s former colonies) the right to live and work in the U.K.

The hundreds of thousands who arrived before immigration rules were tightened in 1971 helped to fill a labor shortage, rebuilding the country’s war damage, helping staff its new National Health Service, and facilitating economic growth as bus drivers, factory hands, entrepreneurs and more.

But they encountered a country that largely still subscribed to ideas of imperial greatness, even as the Empire was falling apart and the Windrush generation (themselves descendants of slaves) brought added perspectives of colonial subjugation. Many were the victims of racism on British streets. And their presence in Britain brought a political backlash, with one rightwing politician making a famous speech in 1968 decrying how white people had supposedly been made “strangers in their own country” by the Commonwealth migrants and new legislation banning racial discrimination.

What is the Windrush scandal?

Many of the Windrush generation, and their descendents, still suffer from systemic racism in the U.K., which is part of the reason Windrush Day is celebrated today.

That systemic racism was exemplified by the Windrush scandal in 2018, when the British government was revealed to have wrongly deported at least 83 members of the Windrush generation, and wrongly prevented many more from accessing state assistance, because of the “hostile environment” policy designed by the ruling right-wing Conservative Party to make life in Britain as difficult as possible for illegal migrants.

Members of the Windrush generation were in the country legally, but many did not have the papers to prove it because such identification was never necessary until the government tightened the rules. In many cases, people were not informed the rules had changed until they received a letter telling them to leave the country. In 2018, the government confirmed at least 11 people who had been wrongly deported had since died. Others were denied potentially life-saving medical treatment because they could not provide the right documents.

An independent parliament-commissioned enquiry into the Windrush scandal found in March 2020 that the Home Office, which is responsible for immigration and border security, acted with an “institutional ignorance and thoughtlessness towards the issue of race and the history of the Windrush generation” in the years leading up to 2018, “which are consistent with some elements of the definition of institutional racism.”

The Home Secretary at the time, Amber Rudd, resigned in 2018 at the height of the scandal. However then-Prime Minister Theresa May, who had been Home Secretary between 2010 and 2016 and originally designed the “hostile environment” policy, stayed in her post.

What is Windrush Day?

Windrush Day was first celebrated the year of the Windrush scandal, in 2018, as part of a campaign by community organizer Patrick Vernon to bring to greater attention the Windrush Generation’s contributions to British life.

“A Windrush Day will allow communities up and down the country to recognise and honour the enormous contribution of those who stepped ashore at Tilbury Docks 70 years ago,” said Communities Minister Lord Bourne in 2018. “It will keep their legacy alive for future generations, ensuring that we all celebrate the diversity of Britain’s history.” In 2019 the government announced it would make up to £500,000 ($622,000) per year available to community groups for celebrations and educational resources.

However despite government support, many organizers say the government is still failing to tackle structural racism or atone for its mistakes. The Home Office set up a scheme in 2019 to compensate victims of the Windrush scandal. According to official figures, just 5% of claimants have been paid so far, with £362,996 ($452,000) paid out to 60 people over the course of a year. 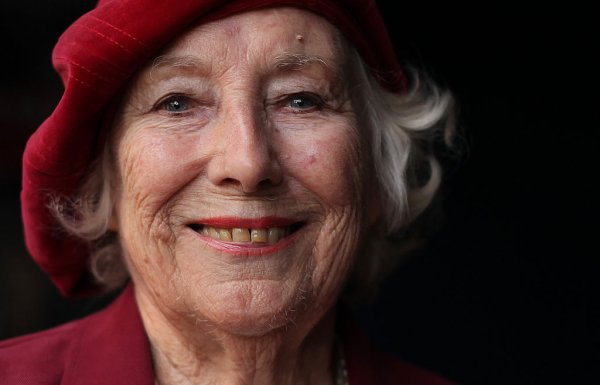