11 Funny Audiobooks to Lighten the Mood This Dreary Winter

Just weeks into 2021, the new year already feels uncomfortably similar to the one that came before it. With renewed COVID-19 lockdowns and headlines dominated by news both distressing and sad, let’s face it: in this bleak season, we need a laugh. Enter the upbeat audiobook. As regular audiobook listeners know, and newcomers will be delighted to learn, the immersive format works especially well for funny and uplifting stories, especially when narrated by celebrated comics like Ali Wong and Steve Martin. The following essay collections, memoirs and original audio comedies will bring humor and comfort to the gloomiest of days.

When Sara Faith Alterman’s father begins experiencing symptoms of early onset Alzheimer’s disease, he asks for her help in continuing his secret career as a sex writer. Alterman narrates the story of their evolving relationship, detailing all the mortifying moments that accompany discovering that your father writes pornographic books.

Oyinkan Braithwaite’s satirical thriller, read by Adepero Oduye, tests the bonds of sisterhood as Korede, a nurse, grows increasingly annoyed with her younger, prettier sister Ayoola. But her frustrations have little to do with good looks—Ayoola keeps murdering her boyfriends and calling in Korede to clean up after her.

A Walk in the Woods, Bill Bryson

Though he’s not at all an experienced hiker, Bill Bryson decides to walk the 2,200-mile Appalachian Trail, which he describes in his memoir, read by Rob McQuay. Bryson and an out-of-shape friend embark on a journey where their lack of preparedness leads to frequent moments of hilarity.

Listen Now: A Walk in the Woods

As masters of the podcast medium, it’s no surprise that late-night show hosts Desus & Mero are captivating narrators of their first book. In this unsparing guide to life, the comedians share entertaining analyses of toxic masculinity, raising children, buying sneakers and more.

We Are Never Meeting in Real Life, Samantha Irby

In narrating her second essay collection, Samantha Irby is as self-deprecating and snarky as ever as she tackles everything from The Bachelorette to budgeting. Every moment of humor is met with intense honesty, coalescing into a fierce and funny portrait of contemporary Black womanhood.

Listen Now: We Are Never Meeting in Real Life

You’ll Grow Out of It, Jessi Klein

Jessi Klein, the head writer of Inside Amy Schumer, blends observational humor with wry narration in essays that pick apart her experiences as a woman. They involve her being called “ma’am,” her hunt for the perfect wedding dress and her struggles with infertility.

Listen Now: You’ll Grow Out of It

In his 2007 memoir, Steve Martin chronicles the discipline and drive that led to his success in the 1970s stand-up scene, and his decision to walk away from it all. From selling guidebooks at Disneyland as a 10-year-old to appearing on Saturday Night Live decades later, Martin tells fascinating stories about show business and the isolation that comes with performing.

Listening to Phoebe Robinson narrate her book is like catching up with an old friend. Her energetic voice darts between topics: in one essay she navigates her relationship with her body, in another she describes the impact of meeting Bono twice. Throughout, she packs her commentary on feminism and race with ample references to pop culture.

The essays in David Sedaris’ celebrated collection showcase the sardonic way he views the world. His self-conscious and cynical narration makes for biting observations about language, whether he’s recounting the speech-therapy classes he attended as a child or describing the mishaps he faced as an adult in Paris, where he didn’t know how to speak French.

Ali Wong’s essay collection is structured as a set of letters to her two young daughters. She explores her childhood in San Francisco, the bleak realities of single life in New York and her path to stand-up stardom. The result takes listeners inside the comedian’s mind, a landscape filled with relatable reflections and raunchy jokes.

Created by Saturday Night Live star Kate McKinnon and her sister Emily Lynne, this 10-episode audio comedy follows a queen and her minion as they try to save the throne after learning about a planned uprising. It’s as much about the friendship between the two characters as it is their quest to stop the rebellion, and features performances by Meryl Streep and more. 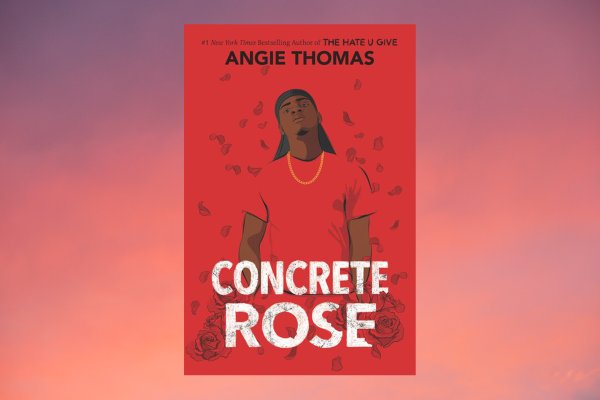 'Concrete Rose' Challenges Cult of Masculinity
Next Up: Editor's Pick