There's No Miss America Pageant This Year. The Contest's History Suggests It Could Return Stronger Than Ever—Or Not

Portrait of the first Miss America contestants, wearing their sashes over swimsuits, standing in a line on the boardwalk in Atlantic City, N.J.
Hulton Archive/Getty Images
By Hilary Levey Friedman

This year was supposed to be a big one for the Miss America Organization, which was set to crown its 100th-anniversary queen in December—until its board unanimously voted to postpone the crowning of Miss America 2021 due to COVID-19. That decision is a noteworthy one: Miss America has been crowned without interruption for 85 years, a virtual eternity in American pop culture history. It also raises questions about what the pageant will be like when it returns. A look at the history of American pageants reveals that some events—including Miss America—have come back stronger after periods of disruption. Others have never recovered. Now, like so much else in our lives, if the organization wants to stay in the former group, Miss America will need to build a virtual community.

The first “Miss America” was selected from a group of eight bathing suit-clad contestants on Sept. 8, 1921. The event quickly exploded in popularity; by 1927 almost 100 competitors were vying for the title. But that year, some women’s and religious groups took umbrage with the pageant, claiming it damaged and exploited young women. Some of the very Atlantic City businessmen who supported the event at first, as a way to raise the City’s tourist profile, now saw it as hurting the reputation that it had worked to expand.

In 1928, they voted to discontinue the event—but the gap in the late 1920s and early 1930s had nothing to do with the Depression, as is often assumed, and everything to do with morality. By 1935 the pageant was back for good, with a new leader at the helm, 29-year-old Lenora Slaughter, who was determined to make the contest a model of respectability. (Slaughter later instituted the practice of “post-dating” the crown, so the woman crowned each September earned the title of Miss America for the following year. The 100th anniversary would have been celebrated this fall with the crowning of Miss America 2021.)

During World War II, when many other long-standing events paused—like the National Spelling Bee and the Olympics—Miss America soldiered on, and in the process became a symbol of patriotism and ideal womanhood. Lenora Slaughter convinced public officials that the pageant must continue, explaining, “Miss America is emblematic of the nation’s spirit and that spirit [continues] through war and peace, good times and bad.”

The government agreed, so long as Miss America sold war bonds, which she did in record numbers. Miss America 1943, Jean Bartel of California, sold more Series E bonds than anyone else that year: $2.5 million worth (more than $35 million today). Bartel mainly sold in increments of $25 and $50, but a few were larger—one man in Hot Springs, Ark., supposedly bought $5000 worth of bonds in exchange for her stockings.

While the COVID-19 postponement is a first for Miss America, it isn’t the first time public health has disrupted pageantry. Take the Asbury Park Baby Parade, a very popular child competition on the Jersey Shore in the first part of the 20th century. Over one thousand children participated in 1949, but a polio outbreak meant cancellation of the 1950 event. While the threat from polio had largely abated by the end of the decade, the hiatus of the Asbury Park Baby Parade lasted much longer—until 1973—and it never returned to its previous levels of popularity. Other children’s contests were not so fortunate. For example, Iowa’s Better Baby Contest, which began in 1911, shuttered in 1952. Even post vaccine it could not make a comeback.

During the polio panic, alternative events emerged. In those days that meant photo contests to select the most beautiful entrant, or the one with the best costume. Today, that means virtual events. Distinguished Young Woman, which began in 1958 as America’s Junior Miss, held its National Finals in June. Contestants submitted videos of themselves performing their talent and fitness routines, and they answered interview questions via Zoom. This year’s winner, Elif Ozyurekoglu of Kentucky, found out she won while sitting in a backyard wearing a t-shirt and shorts.

It is possible Miss America could have done a similar virtual competition, and Miss America 2021 could have still been crowned via a live network show. However, only one state named a state winner this year (Montana, in late July) and the expected centennial celebration added another layer of complications. The anniversary, meant to celebrate the long and complicated history of the nation’s premier beauty pageant, was supposed to welcome back former Miss Americas and state winner who have made their marks in fields like politics, entertainment, medicine, law and more—more important than ever given the program’s recent intense struggle for relevancy.

So, the pause button has been pressed in the search for Miss America 2021. Time will tell if the pageant can again become a symbol of continuity, as it did when it returned in the 1930s, or if, like baby parades and better baby contests, COVID-19 brings more than a mere postponement to a 100-year-long tradition.

Hilary Levey Friedman teaches in the Education Department at Brown University and is President of the Rhode Island chapter of the National Organization for Women. Her book Here She Is: The Complicated Reign of the Beauty Pageant in America is available now from Beacon Press. 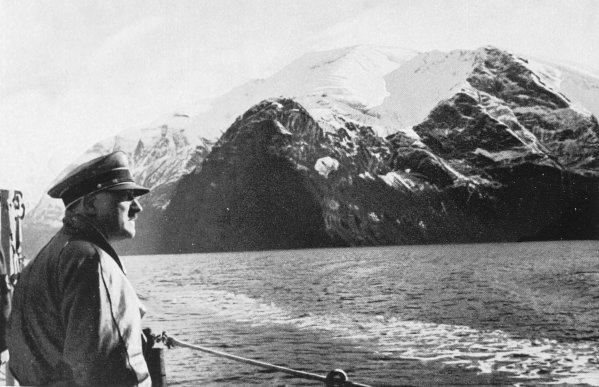 In Nazi-Occupied Norway, Glimpsing the World Hitler Wanted
Next Up: Editor's Pick