Have the Olympics Ever Been Canceled? Here's the History

The 2020 Olympic Games will be postponed by a year because of the coronavirus (COVID-19) pandemic, after Japan’s Prime Minister Shinzo Abe reached an agreement with International Olympic Committee (IOC) President on Tuesday.

An estimated 10,000 athletes had been scheduled to march into Tokyo’s national stadium for the opening ceremony of the Summer Olympics, and about 600,000 overseas visitors had been expected to flock to the Japanese capital for the world’s largest sporting event, which was set to run July 24 through August 9.

Concerns about coronavirus pandemic have led to the abandonment or postponement of major sporting events around the world, from the 2020 Ice Hockey World Championship in Zurich and Lausanne to the Horse Racing World Cup in Dubai. The Olympic Games now join that list.

The postponement of Tokyo 2020 comes after mounting pressure to cancel or delay the event due to the risks of COVID-19, which has killed more than 15,000 people worldwide as of March 23. The athletics governing body U.S.A Track and Field (USATF) called for the Games’ postponement in an open letter on March 21, and Norway and Brazil’s national Olympic committees endorsed the same idea on March 20 and 21 respectively. Even President Donald Trump had asked for the Olympic Games to be postponed.

Escalating the pressure, Canada warned on Monday that it wouldn’t send its athletes to the Tokyo Olympics unless the Games were delayed until 2021. Hayley Wickenheiser, a six-time Canadian Olympian and a member of the International Olympic Committee (IOC) Athletes’ Commission, had backed the suspension plans. Wickenheiser, who is training to become a doctor, wrote on Twitter on Tuesday March 17 that the IOC’s insistence on proceeding with Tokyo 2020 “is insensitive and irresponsible.”

Canceling or postponing the Olympics was not a decision taken lightly. The financial blow of canceling the games will be substantial for Japan, which has already invested at least $12.6 billion into the 2020 Olympics; by some estimates, it would reduce Japan’s annual GDP growth by 1.4%. Yet it could hardly have come as a shock to Japan’s population. A survey published last Monday in Japan showed that about a 70% percent of people didn’t expect the Olympics to go forward in Tokyo this summer.

It was also a rare decision: Since the first modern Olympic Games were held in 1896, only three have been abandoned. On each of those occasions it was due to war. Here’s a look back at the Olympic Games that never were:

In the run-up to the 1916 Summer Olympics, the German Empire beat bids from Alexandria, Amsterdam, Brussels, Budapest and Cleveland to host the Games and in 1913 constructed a new “Deutsches Stadion” (“German Stadium”) that could officially seat 30,000 people.

The Berlin Games were canceled due to the outbreak of World War I in July 1914. Organizers initially thought that the war would be “over by Christmas” but an armistice was not reached until November 1918.

Some two decades later, the Deutsches Stadion was torn down to make way for the Olympic Stadium intended for the 1936 Summer Games, when Berlin got its next chance to host. When 1936 arrived, roughly 5,000 athletes from 51 countries competed with an audience of 10,000 people — but those games would be infamous too, as by that time Hitler had come to power.

Tokyo and Sapporo, Japan, had been originally set to host the 1940 Olympic Games, summer and winter respectively, after winning the bid in 1936 — making them the first non-Western cities selected to host. But after war erupted between Japan and China in July 1937, the Japanese government decided to forfeit their right to host the Games, claiming that the war required “the spiritual and material mobilization of Japan.”

New hosts were picked: Helsinki, Finland, for the summer Games and the German town of Garmisch-Partenkirchen was chosen for winter. However, the outbreak of World War II, after the Nazi invasion of Poland in September 1939, caused the events to be canceled entirely. The same fate befell 1944’s Summer Olympics in London and Winter Games in Cortina d’Ampezzo, Italy.

After a 12-year hiatus in the Olympics, a London went on to host the 1948 Summer Olympics in austere conditions as the U.S. continued to recover and from war. Rationing was still in force, the athletes were put up in military barracks, schools and hostels. Nevertheless, a then-record 59 nations were represented by more than 4,000 athletes.

The original version of this story misstated the city where the 1940 Winter Olympics were supposed to have taken place. It was in Sapporo, not Tokyo. 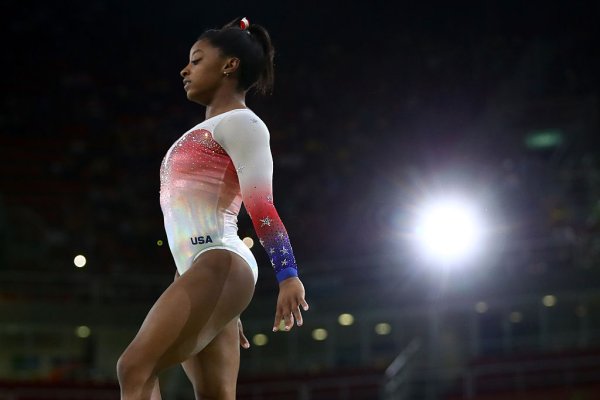 Simone Biles Calls Out USA Gymnastics After They Wish Her Happy Birthday
Next Up: Editor's Pick