The Scandal That Cost a Miss America Her Crown

It might have been the lowest point in her life, as she told People in 1984, but the scandal that led Vanessa Williams to resign her post as Miss America also set her up for one of the greatest comebacks in entertainment history.

On this day, July 23, in 1984, then-21-year-old Williams handed over her crown — making her both the first black Miss America and the first to give up the title — after Penthouse announced that it would publish raunchy photos she had posed for two years earlier while working as a photographer’s assistant. The photographer had assured her at the time, she told People, that the photos were merely silhouettes, in which she’d be unidentifiable and that they would never leave the studio.

But they did leave the studio, partly because she was identifiable: photos of Miss America in compromising positions, some of them involving another nude woman, were worth their weight in gold. TIME reported that the photographer was paid more than Penthouse had ever paid for a photo spread before.

The pageant’s organizers were aghast at the images, which appeared in Penthouse’s September 1984 issue with the headline, “Miss America: Oh, God, She’s Nude!” The magazine’s publisher had little compunction about printing them over Williams’ objections. Playboy, meanwhile, took the moral high ground: it had been offered the photos first, but turned them down partly in deference to Williams — and partly because, per TIME, “it does not use what Spokesman Dave Salyers calls lesbian material.”

“The single victim in all of this was the young woman herself, whose right to make this decision was taken away from her,” TIME quoted Hefner as saying. “If she wanted to make this kind of statement, that would be her business, but the statement wasn’t made by her.”

The statement that Williams ultimately made was that she was more than a racy photo spread — and more than Miss America. The title had never been a dream of hers, as TIME attested just after she won the competition. A musical theater major at Syracuse University, she’d entered the pageant circuit for practical reasons. “She wanted the scholarship money ($25,000),” TIME explained, “and she wanted the exposure. She wants to be a star.”

While the exposure she got was not the type she wanted, she became a star on her own terms, as a Grammy-nominated singer and an actress with prominent roles in Ugly Betty and Desperate Housewives, among others. Although she initially filed a lawsuit against Penthouse and the photographer who’d burned her, she quickly dropped it and forged ahead with her career ambitions, hoping, she said, to make a name for herself without dragging the scandal along in her wake. She presumed karma would pick up where legal action left off.

“I just wanted to get on with my life,” she told People in 1989. “So many people have gotten burned by those people that I think they’ll eventually get it in the end and die a slow, painful death.”

Read more from 1984, here in the TIME archives: There She Goes, Miss America 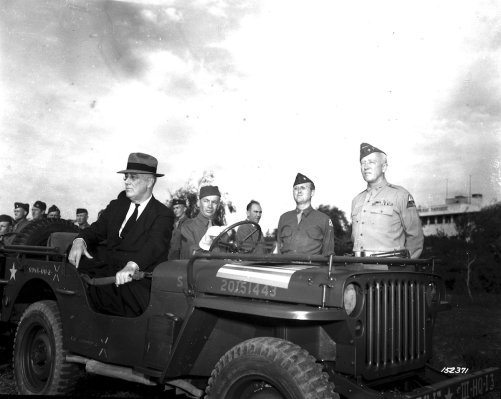 This Was the First Time a Sitting U.S. President Visited Africa
Next Up: Editor's Pick