150 Years Ago, the Senate Chose Not to Equalize Access to U.S. Citizenship. The Consequences Were Dire

On July 4, 1870—150 years ago this week—Republican Senator Charles Sumner of Massachusetts urged the U.S. Senate to take a radical step: to strike out the word “white” from the nation’s naturalization laws. Since 1790, only “free white persons” who immigrated to the United States could become U.S. citizens. How could such a law stand, Sumner demanded, in light of the Declaration of Independence and its vow “that all men are created equal and endowed with inalienable rights”?

The U.S. Senate spent the national holiday in bitter debate, lasting until nearly midnight, while other Americans celebrated the Fourth with fireworks, parades and public readings of the Declaration. The nation’s future was at stake: Would it remain for white men only? Or for all, as Sumner insisted, regardless of race and color?

The Senate’s debate did not begin over race and citizenship, but rather over election fraud and reform of the naturalization process. Republicans blamed their losses in recent elections on Irish and German immigrants who were churned out of “naturalization mills” just in time to vote for Democratic candidates. Depending on one’s political perspective, the Republican-backed Naturalization Bill either sought to “purify the ballot-box” or to make access to citizenship as complicated and expensive as possible, ultimately discouraging immigrants from even applying.

Sumner added fire to an already explosive debate with his amendment to do away with the “whites only” clause of the naturalization law. Congress had already amended the Constitution and passed civil rights acts to protect newly freed African Americans during Reconstruction. Sumner now pushed the Senate—an all-white male institution except for Hiram Revels of Mississippi, the nation’s first Black Senator—to expand Reconstruction’s great promise.

Senators begged Sumner to withdraw his amendment and let them adjourn after a long and tiring day. “It has not been my habit to yield,” Sumner replied.

Sumner had refused to remain silent even after Congressman Preston Brooks of South Carolina beat him senseless with a gold-tipped cane on the Senate floor in 1856, after Sumner’s blistering abolitionist speech. And he was not about to remain silent after slavery had been abolished and equal rights seemed a real possibility. What better way to celebrate the Fourth than by making citizenship available to all?

The Senate see-sawed, caught between the nation’s competing demands for white supremacy and equality. First, it denied, then approved, and finally rejected Sumner’s proposal.

Chinese immigrants, not African Americans, proved to be the flashpoint. Though only 1% of the immigrant population in 1870, Chinese workers quickly became targeted as a threat to the white frontier. European immigrants “are of our own race . . . and assimilate rapidly,” urged Senator William Stewart of Nevada, but “Chinese civilization is at war with ours.”

In the face of surging anti-Chinese hostility, Western Republicans who had united behind the Reconstruction amendments now split with Sumner. Republicans did make one concession, extending naturalization to Black immigrants.

But, otherwise, Sumner lost his battle on that Fourth of July, with dire consequences.

The “white” requirement for naturalization held fast until 1952. Unprotected by citizenship, Chinese faced “extermination” campaigns in the 1880s as “Chinese haters” wielding guns and torches drove Chinese from scores of towns in the West. The federal government gradually banned immigrants from Asian countries between 1882 and 1924, using their inability to become citizens as a justification for their exclusion.

Even citizenship did not provide protection from the expanding color line. Lynching of African Americans soared into the thousands as Jim Crow laws divided the country into Black and white spaces by the early 20th century. Cities like Richmond built monuments to Confederate generals, such as the Robert E. Lee statue recently toppled by protesters.

As Americans once again reckon with white supremacy and its threat to the nation’s avowed commitment to equality, Sumner’s persistence in 1870—and the tragedy of missed opportunities—are worth remembering. Sumner pushed the nation to confront its racist underpinnings. His final words to the Senate still resonate today: “Do not lose this special opportunity . . . [that] comes to you now unexpectedly. Use it. Use it wisely; use it bravely; use it so that you will secure peace, harmony and reconciliation.”

Lucy Salyer is a professor of history at the University of New Hampshire and the author of Under the Starry Flag: How a Band of Irish Americans Joined the Fenian Revolt and Sparked a Crisis over Citizenship (Belknap, 2018). The view and opinions expressed are those of the author and do not imply endorsement by UNH. 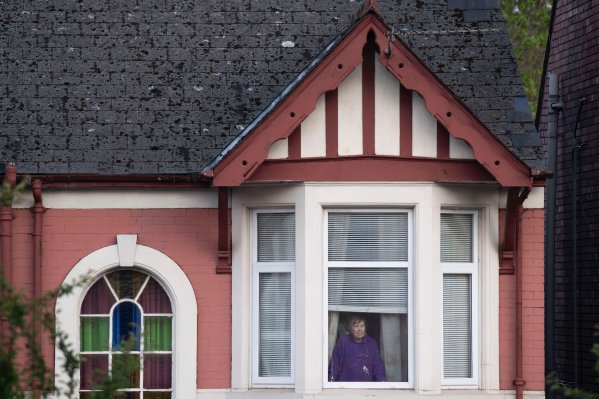 History's Lesson About Coronavirus Lockdown Loneliness
Next Up: Editor's Pick