What the Constitution Really Says About Birthright Citizenship

Despite President Trump’s recent efforts to muddy the waters — efforts that would likely be unanimously laughed out of court — the words of our Constitution and the relevant judicial rulings are emphatically clear when it comes to the issue of birthright citizenship.

If you’re born in America under the American flag, you’re an American citizen. It doesn’t matter if you’re male or female, rich or poor, black or white, gay or straight, the daughter of a president or the son of an undocumented immigrant. You’re a free and equal citizen. This principle of equal citizenship formed the core of the constitutional vision of President Abraham Lincoln and his allies, who laid the foundations of both the Republican Party and our Constitution’s most transformative amendment—the 14th.

In the infamous 1857 Dred Scott decision, Chief Justice Roger Taney declared that a black man generally couldn’t be a United States citizen—that he had “no rights which the white man was bound to respect.” Candidate Lincoln campaigned against the decision in 1858 and 1860. Then, under President Lincoln, Attorney General Edward Bates took on Dred Scott in an 1862 legal opinion arguing that free blacks generally could be U.S. citizens. Finally, the Republican Congress enshrined the principle of birthright citizenship in America’s first major civil rights law, the Civil Rights Act of 1866. Two months later, Congress included birthright citizenship in its proposed 14th Amendment.

At the simplest level, the 14th Amendment’s Citizenship Clause was meant to repudiate Dred Scott and place the Civil Rights Act of 1866 on a firm legal foundation. However, it was also meant to root post-Civil War America in an inspiring Lincolnian reinterpretation of one of our nation’s Founding truths, that we’re all born free and equal.

Let’s begin with the text of the Citizenship Clause: “All persons born or naturalized in the United States, and subject to the jurisdiction thereof, are citizens of the United States and of the State wherein they reside.” While the 15th Amendment explicitly mentions race, the 14th Amendment’s text is more capacious—speaking not just of African Americans, but of “[a]ll persons.” This sweeping language grants U.S. citizenship to everyone born here and subject to our laws. The only relevant exception today (given that Native Americans no longer live in the same kind of tribal regime that existed in the 1860s) is for those who owe their allegiance to another sovereign, such as the children of foreign diplomats.

The Citizenship Clause is one of the richest single sentences in the entire Constitution, rivaling the Preamble in both theoretical depth and breadth. Among other things, the Amendment constitutionalizes Lincoln’s reinterpretation of Jefferson by making clear that Americans are created equal—born equal, in the key language of this key sentence. This birth equality idea clearly condemns a racial caste system in which light-skinned children are born lords and dark-skinned children are born serfs. Indeed, the sentence goes far beyond race by condemning all sorts of other systems that improperly exalt some and degrade others because of birth status. The sentence thus explains why certain types of birth-based governmental discrimination are suspect (laws based on race or sex or sexual orientation or illegitimacy) whereas most other kinds of governmental line-drawing (say, between wage income and dividend income) should not be viewed with comparable skepticism.

Critically, the sentence focuses our attention on place, not parentage. Unlike the law of many European countries, in America the key issue of constitutional citizenship is based on the law of the soil, not the law of blood. The issue is where one was born, not to whom.

Most relevant to Trump’s most recent pronouncements, the sentence resoundingly affirms that constitutional birthright citizenship does not depend on the immigration status of one’s biological parents. Anyone born in America under the American flag is a citizen, even if his parents are not citizens and indeed even if his parents are not here legally. In the 1860s, surely all American-born children of slaves were meant to be covered by the Amendment’s citizenship clause, so as to completely repudiate the infamous Dred Scott case. Yet Reconstruction Republicans in Congress doubtless were aware that some antebellum slaves had been smuggled into America illegally, in violation of various 19th century congressional laws prohibiting transatlantic slave importation. This stubborn fact about the children of certain “illegal aliens” in the 1860s strongly suggests that American-born children of “illegal aliens” today are likewise birthright American citizens, regardless of the deficient immigration status of their parents.

In multiple cases decided in the late 19th and the late 20th century, the Supreme Court has recognized only three narrow exceptions to birthright citizenship: diplomatic children, tribal Indians and invading armies. The language and logic of these cases clearly suggest that children of “illegal aliens” are indeed birthright citizens; and the broad legislative backdrop of the Amendment and its intended application to all American-born slave children provide compelling support for this conclusion.

Thus, every generation, the constitutional clock resets; regardless of the lapses of a person’s parents, the sins of the fathers and mothers are not visited upon the children. To repeat: Anyone born on American soil under the American flag is an American. 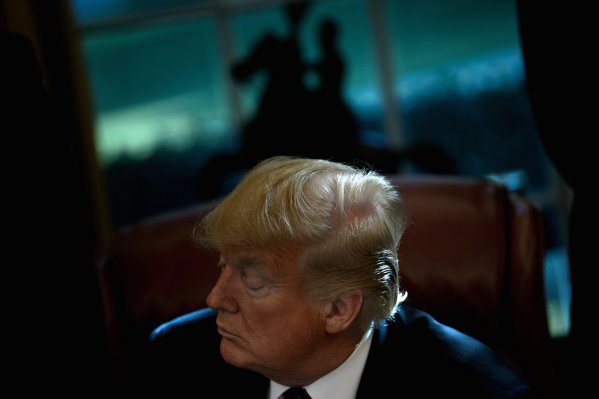 Trump Wants to Revoke Birthright Citizenship. Here's What to Know About Why That Right Exists
Next Up: Editor's Pick