Former Australian Prime Minister Kevin Rudd, pictured Oct. 27, 2017 in Canberra, Australia.
Michael Masters–Getty Images
Ideas
By Kevin Rudd
Rudd is global president of the Asia Society and former prime minister of Australia. He is the author of The Avoidable War: The Dangers of a Catastrophic Conflict between the US and Xi Jinping’s China, available now.

As we come to grips with the sheer magnitude of COVID-19’s destructive impact, there is a legitimate and ultimately irresistible demand for the world to establish the facts as to how this disaster came about. This involves three sets of deeply uncomfortable questions. First, did China fulfill its international legal obligations under the International Health Regulations to provide immediate, complete and transparent advice to the World Health Organization (WHO), and did it take all necessary national measures to contain the virus’ spread? Second, did the WHO provide all member states with the earliest and most complete advice possible as to the nature and scale of the unfolding threat? And finally, did member states themselves take early and effective action to contain the virus within their own national jurisdictions?

If our objective is to get to the truth so that we are properly equipped for future pandemics (including any second-wave effects from the current virus, or a mutation of it), any effective investigation must deal with all three questions. Otherwise, it will simply degenerate into a crudely nationalist or geopolitical exercise, while the long-suffering peoples of the world are once again left defenseless.

The Australian government’s proposal on April 19 for an “independent global investigation” into the origins of COVID-19 looks reasonable in principle, despite serious questions about Canberra’s strategy to bring it about. China responded with maximum aggression, resorting to its now-infamous “wolf warrior” diplomacy. The Chinese ambassador threatened direct economic retaliation against Australian exports of agriculture, education and tourism services. It’s a not-insignificant threat; China is by far Australia’s largest trading partner, taking 38% of total Australian exports.

The Australian call occurs within the wider context of the growing blame game between Washington and Beijing over the origins of the virus. First, there was China’s unsubstantiated and unbelievable claim that the virus originated with the U.S. military. This was followed by U.S. President Donald Trump and Secretary of State Mike Pompeo peddling their favored theory that the virus escaped from a Wuhan laboratory. They have been backed by Rupert Murdoch’s News Corporation through Fox News in America and its far-right counterparts in the Australian print and television media. However, the “Chinese laboratory” claim has now been publicly disputed by not only the U.S. national intelligence community but also by America’s Five Eyes intelligence partners including Australia. All this points to the need to get to the bottom of what actually occurred.

Australia is not alone in calling for an investigation. The Swedish government has indicated it will raise a similar request with the European Commission in Brussels. In Berlin, the ever-cautious Angela Merkel has effectively backed her International Development Minister’s call for an inquiry. And now the new president of the European Commission, Ursula von der Leyen, has also expressed support.

The problem with the Australian proposal is that it seems to have been cobbled together on the run after Prime Minister Scott Morrison blurted out that what was needed was the WHO equivalent of U.N. “weapons inspectors” to deal with disease outbreaks in the future. This was curious given Morrison’s stated hostility to international organizations having powers at the expense of national sovereignty. The government has since weighed in and elevated Morrison’s thought bubble—lifted straight from the political rhetoric of the right-wing American commentariat—into something designed to look like a serious public policy proposal.

Unfortunately, this all seems to have been put together in a rush, with no details on how such an inquiry could be executed, let alone the diplomacy needed to build a formal coalition to sponsor such an initiative. Then there’s the critical question of how it might actually be possible to get Beijing to cooperate—which will be essential for a substantive outcome, as opposed to simple political positioning.

So how might such an inquiry be executed? Of course, the WHO itself has powers of investigation, but leaving aside the attacks on its impartiality in the earliest stages of the crisis, there is also the real problem of “Caesar judging Caesar.” Various international legal actions have already been launched against China, but they are likely to fall foul of China’s claim to “sovereign immunity.” The U.N. Security Council is another avenue. That would draw a veto from Beijing, and probably Russia, which could well argue that the 2009 H1N1 pandemic that resulted in 240,000 deaths did not provoke demands for an independent international inquiry into Mexico, the country of origin. So why now?

That leaves the U.N. General Assembly, perhaps adopting a resolution, with terms of reference along the three-part lines suggested above, requesting the U.N. Secretary-General to convene a high-level panel of inquiry. This might even be done with Chinese co-sponsorship. Alternatively, the Secretary-General could commission such an inquiry at his own initiative. It could be composed of both Chinese and other members (although all should be scientists). These could be also be appointed by the Secretary-General who should also chair it.

Sooner or later the entire international community will need to come clean on all these questions. And once we have well and truly flattened the global curve in the current pandemic, the U.N. should step into the breach. After all, that’s why we invented it in the first place. The alternative is stasis, crisis or worse. 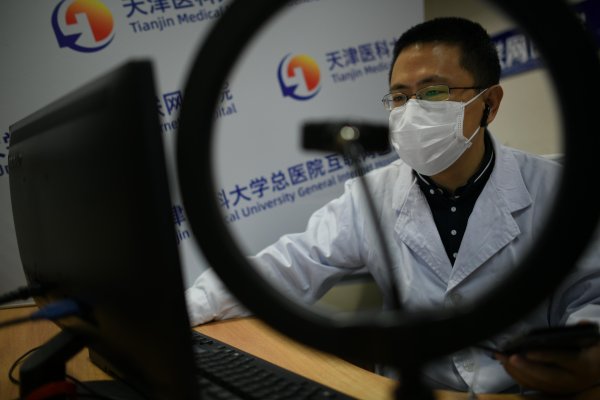