Maria Van Kerkhove had never held a World Health Organization (WHO) press briefing before January. Now, people in countries across the globe tune in almost daily to watch the American epidemiologist—along with WHO Director-General Dr. Tedros Adhanom Ghebreyesus and Health Emergencies Programme Executive Director Dr. Mike Ryan—break down the latest updates in the ever-evolving COVID-19 pandemic.

The job is not easy, particularly given recent criticism of the WHO’s handling of COVID-19 in its earliest days in China. The Trump Administration pulled U.S. funding to the WHO earlier this month, alleging that it was too accepting of Chinese data and that the group concealed key information about the early days of the virus’ spread. The WHO has also sparred openly with government officials in Taiwan, who said the group ignored their early questions about human-to-human transmission.

Van Kerkhove spoke recently with TIME about the challenges of balancing science, public relations and politics, and the inherent uncertainty within any outbreak. The conversation has been condensed and lightly edited for clarity.

How have you adapted to your role as a WHO spokesperson?

I take briefings very seriously, as we all do, and feel a tremendous responsibility to articulate these very complicated matters in a way that’s open, honest, truthful, and also captures the uncertainty. I do have some practice. I have a nine-year-old and one-year-old. Just before Christmas, I went to my nine-year-old’s school to describe what I do, and the kids were a tough audience. Sometimes tougher than journalists.

How is COVID-19 different than past pandemics?

The difference with this one is the speed. It’s been mind-blowing. When we got the first notification of this on Dec. 31, I was still in the U.S. with my family for Christmas. I was doing teleconferences at 3:00 in the morning, because we were doing calls with our headquarters in Geneva, our Western Pacific office in Manila, and our China office in Beijing. Within one week, a novel virus was identified. A couple of days later, the first [genetic] sequence was made available. Everyone was able to start to detect these cases quickly.

Are you optimistic that speed will also lead to faster drug and vaccine development?

Yes. I’m incredibly inspired by the collaborative nature in which people are working on clinical trials. There were a number of therapeutics in development through clinical trials for MERS. We were able to kick that into gear. The first clinical trials that were done in Wuhan were done with a protocol that was shared by colleagues in Saudi Arabia [who were researching MERS]. That level of collaboration and camaraderie between peers is really quite heartening for me. There’s all this politics in the way right now, but scientists are scientists. The world of infectious diseases is actually quite small. We talk to each other regularly. I think the vaccine is going to be accelerated. I don’t think we have a choice.

Are politics making your job harder?

It is distracting, and it is difficult. It would be hard to say [that it’s] not. As a scientist, I don’t normally deal with politics. I try to stay focused on the work we need to do. I am focused on what we need to accomplish, and I need to maintain that focus for myself and for the teams and to make sure that we save as many lives as we can. It’s a simple goal; it’s incredibly hard to carry out.

How do you respond to criticism that the WHO was slow to share information about person-to-person spread?

The thing that is the most challenging for me is that people keep referring to this one tweet on Jan. 14, [in which the WHO said there was no clear evidence of human-to-human transmission, on the same day Van Kerkhove warned of the possibility during a press briefing]. What is said publicly or what is said through Twitter is very different than what is discussed between our countries and collaborators.

When you hear of a cluster of pneumonia, anyone in the infectious-disease community would be lying if they didn’t say there could be human-to-human transmission. That’s what we acted on. You worry about how a respiratory virus transmits and the efficiency with which it transmits. From day one, we’ve been talking about all of the types of scenarios that transmission could look like. We warned against aerosol transmission, airborne transmission.

We had lots of discussions with our networks, which include U.S. Centers for Disease Control and Prevention scientists and scientists all over the globe. Even with all of this politics—and I’m a proud American—U.S. scientists are incredible partners and will continue to be so no matter what. It’s important that we acted as we believed this virus would transmit, and that’s exactly what we did. Can we do better? Always. But that’s true for everyone, everywhere.

Was the WHO too reliant on Chinese data?

In addition to the data that’s reported to us, we have our networks of experts on the ground. There’re lots of other ways in which we try to gather information, and this is no different. We don’t blindly accept data as-is. Things are reported to us, and then we scrutinize and ask and kick the tires. We always ask for more. I don’t know any epidemiologist that doesn’t come back with at least 10 or 12 questions. But again, that’s not unique to the situation and that’s not unique to China.

Was the WHO too slow to call COVID-19 a pandemic?

The declaration we did make, a public-health emergency of international concern [PHEIC], was our highest level of alert. I know people will criticize as too late or early or whatnot, but the fact is the PHEIC was on Jan. 30.

We don’t declare pandemics; we described [the situation] as a pandemic [on March 11]. We can go back and look at all the epidemic curves and say whether or not that was done too early or too late, but the bottom line was the description of this as a pandemic didn’t change the actions.

How will this pandemic change the world?

We will have a new normal. I don’t know exactly what that will look like yet. This virus has shown the vulnerability everywhere, and not just in low-income countries. We’ve seen enormous impact in Europe, the U.S., and Asia. Many countries that thought they could handle this have really been caught off-guard. Many countries didn’t think it would reach them. They thought this was something that was happening only in Asia, it was something happening far away. If you look at any of the news, you can hear many countries saying that. I think that surprised people.

The public health workforce, the people who actually go out and do contact tracing, doesn’t exist at the level that it needs to exist in many countries. I have to say, the work that’s done in Africa and the resilience of the African people [is a great example]. They really react very quickly when something happens, in terms of finding cases and contact tracing…whereas in Europe, people gave up very, very quickly. I think the future will look different in terms of preparedness. I hope there will be more investment in that so this never, ever, ever, ever happens again.

How can people deal with their anxiety and fear about all the unknowns?

Anxiety and fear are normal. It’s important that we turn that fear into something positive. Make sure that you are well-informed from reliable sources. Make sure you’re following what is happening in your area and following guidance from your leaders, and be patient. This is going to take some time, but we will get through it.

Find time to talk with your family. Find joy in something every day, whether that is music or reading or exercise or your family or your pets or whatever. Even though you’re physically distant from your loved ones, make sure you’re socially connected to them. We can’t predict exactly what is going to happen. It is going to take some time. Let yourself laugh. Let yourself find some joy every single day. 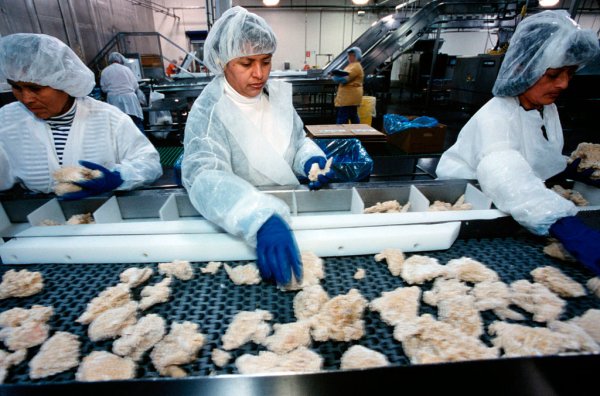