All Parents Are Having a Tough Time Right Now. But Parents of Middle Schoolers Have It Especially Bad

Martine Doucet—Getty Images
Ideas
By Judith Warner
Judith Warner is the author of And Then They Stopped Talking to Me: Making Sense of Middle School.

“I feel I can salvage this if I just say the right thing.”

The words came from the mother of a 14-year-old boy who wasn’t handing in his online homework assignments. He wasn’t even attending class – “attendance” requiring no more effort on his part than a simple login. His mom hadn’t been aware of his absences – he was on his computer all the time, as far as she could see. But then the truancy reports started coming in. He was at risk of having to repeat eighth grade. She was a single mother with two other kids and a paid job to keep up with remotely. As the comments poured in on Facebook, and other, seemingly hardier, parents fired off confident directives about letting the boy suffer the “natural consequence” of his behavior, the fears snowballed in her mind. “All I can do is let him dig his grave,” she wrote, echoing the advice-givers. “But I just can’t watch him throw his life away like this at such an impressionable age.”

Given all the life-or-death realities of the coronavirus epidemic, it’s easy to minimize the problems of healthy parents with healthy kids, struggling to juggle working – now a privilege lost to millions – with more everyday challenges. And yet, the stress even fortunate families are facing is horrendous. You hear and see and read about it all the time, from parents of children of all ages. But none sound as desperate as the parents of middle schoolers.

The kids, all too often, are at their worst, jonesing for their friends, social distancing in the age of social media activating all the most pernicious pressure points of their FOMO-laden psyches. Those dealing with anxiety or depression – both of which tend to spike in the early adolescent years – have a whole lot more than usual to be anxious or depressed about. Those who struggle with focus, organization or motivation – issues that also are often aggravated by the middle school passage – have a whole set of new challenges to contend with. And parents are having to see everything, to deal on their own with all the dramas, tensions and travails that normally play out during the school day, under the watch of other, professionally trained — and paid – adults. Deprived of the in-person presence of teachers, school counselors, coaches and after-school programs, reading specialists and special ed tutors, they have to be and do everything for a group of kids who, by and large, want nothing to do with them.

Over and over again, the theme rings through the parent testimonials online: If only I could do something so that my seventh grader wouldn’t hate me. If only I could set the right rules so that I could get my eighth grader’s TikTok use under control. If only I could get him to stop being such a jerk to his younger brother. If only I knew what to say to make her stop believing it’s her fault that all her friends decided to drop her, without (of course) telling her why.

The capacity of American mothers and, increasingly, fathers to blame themselves for problems that aren’t their fault, to reproach themselves, above all, for not-knowing how to take control of things they simply can’t control, has never ceased to amaze me. Everything about parenting in our country encourages that sort of self-flagellation and that kind of hubris; whole industries offer ostensible help while living off parents’ hopeful belief that if they do everything just right, they can make their children happy, self-assured and successful – forever. It’s easy enough to maintain that illusion when the kids are babies and toddlers, and even through much of elementary school. And in the later years of high school, I’ve noticed, parents often tend to begin to give themselves a break, reassuring one another, “They are who they are.”

But the middle school moment is a kind of parental purgatory – a no-man’s-land between a time of kid compliance, even eagerness to meet adult demands, and the big push toward independence and competence that comes in the later teen years. Mixed messages abound: the back-to-school-night pamphlets preach giving kids more academic, social and personal space, but in some cases, the schoolwork is so complicated that kids can’t do it on their own. “Everyone” knows that you can’t “force” kids to be friends – can’t make them cross the boundary lines of popularity and social hierarchy that organize and obsess them (though some teachers routinely do so, with success, in their classrooms) – but at the same time, parents act in ways that support and advance their kids’ social ambitions. It’s unnamed, and often not-altogether conscious behavior that generally comes down to a set of judgments: what activities are worth spending money on, which kids are worth buying birthday presents for, or issuing invitations to, or expanding the definition of a “very small” gathering to include.

It’s so easy for parents of kids this age to lose their grip. The emotions that come up when a child struggles socially or even academically (now that sixth grade is the new ninth, college pressure-wise) are so strong and immediate. The anger that bubbles up is so intense, and the sense of powerlessness can be so intolerable. For many parents, there’s a new kind of aloneness, too: Whereas earlier, they might have bonded over no-sleep horror stories, sometime around when the kids turn 11, a sense of discretion kicks in. Parents say it’s about protecting the “privacy” of their almost-adolescent children, yet their inconsistent decisions about what’s deemed private often seem aimed at hiding what they themselves fear will make their kids lose face — above all, in the eyes of other parents.

The sting of that aloneness is now hitting home for parents of middle schoolers in an even more heightened way. While total strangers in Facebook teen- and tween-parent support groups are willing – even eager – to divulge their darkest thoughts and share their worst days, the friends in their feed seem to rack up only triumphs: One-on-one mother-daughter book clubs! Extravagant adventures in baking! Entire gardens re-landscaped! Thousands of masks, hand-sewn! Meanwhile, in their own homes, the undone assignments pile up; the online meanness multiplies. The middle school misery deepens, and the parental panic starts to turn into impotent rage.

This is an intolerable situation. Educators and experts need to step up and help parents out. This doesn’t mean telling them to fix themselves– to stop “helicoptering,” and chill – but actually taking steps to lance the boil of parental overload and its companion, self-blame. Schools need to stop trying to teach new material. They should require clocked hours of physical activity, of any kind, indoors or out, instead. They should make kids clock serious time reading, too – and try to make audiobook listening accessible for everyone, as well. They should make creative pursuits – tailored to kids’ individual talents and access to resources – count as full academic requirements. They should require significant time investments in online volunteering – with school staff doing the homework beforehand to find and set up those opportunities, so that parents don’t have to. And they should consider other kinds of at-home labor as community service, too: even helping out parents or other relatives with cooking, cleaning, gardening or taking care of younger children. The current distance-learning epidemic has made our country’s longstanding disparities in educational opportunity more glaring than ever before. With so many kids lacking computers and at-home Internet access, teachers are going to have to show the greatest possible flexibility and care in making sure that all their kids can get at least something positive out of this period.

Above all, schools need to give parents explicit permission to let themselves off the hook. Tell them they’re most likely not going to be able to keep their kids “on track,” and that it’s O.K. — keeping their relationships intact is far more important. Encourage them just to do whatever works, in whatever ways make most sense for their families. We’re living through a real put-on-your-own-oxygen-mask-first kind of a moment. Saving the psyches of quarantined middle schoolers and their parents has to be every bit as much of a public health imperative as keeping their lungs clear. 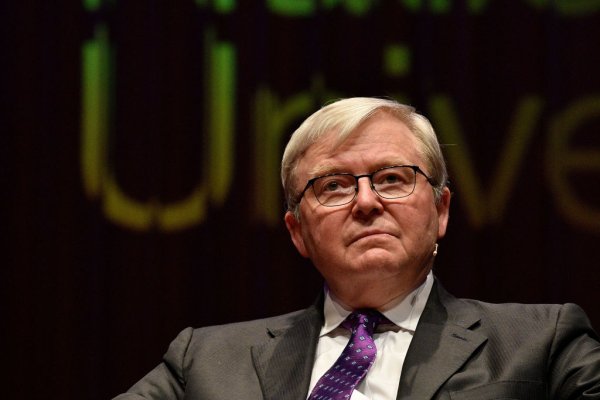 We Must Set Aside Crude Nationalism to Learn the Truth About COVID-19
Next Up: Editor's Pick