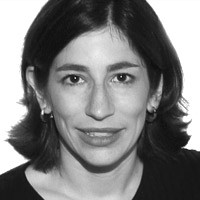 Judith Warner is best known for her 2005 New York Times best-seller, Perfect Madness: Motherhood in the Age of Anxiety , and the New York Times column, "Domestic Disturbances." She is currently a contributing writer for the New York Times Magazine and a Senior Fellow at the Center for American Progress. Her latest book, We've Got Issues: Children and Parents in the Age of Medication, received the 2010 Outstanding Media Award for Science and Health Reporting from the National Alliance on Mental Illness. A former special correspondent for Newsweek in Paris, she hosted The Judith Warner Show on XM satellite radio from 2005 to 2007, and wrote several other books, including the 1993 best-seller Hillary Clinton: The Inside Story. She is a 2012-2013 recipient of a Rosalynn Carter Fellowship for Mental Health Journalism.

What Stay-at-Home Moms Need: Dad to Do the Dishes