They Were There as the Modern Environmental Movement Began. As Earth Day Turns 50, They Say the Planet's Problems Have Gotten Worse

Demonstrators in New York, N.Y., in 1970. Air pollution was a major issue among many who marked the first Earth Day on April 22, 1970.
Santi Visalli/Getty Images
By Olivia B. Waxman

Dorothy Bradley was 23 when she decided to run for the Montana House of Representatives. Her decision was made on the first Earth Day — April 22, 1970 — when she was one of roughly 20 million Americans who participated in some of the day’s 12,000 events raising awareness of environmental problems in society. At a party capping off the day, State Senator Harry Mitchell encouraged her to run for office. What did she have to lose? The young Democrat was only “the wrong age, the wrong sex, and the wrong party,” she recalls him joking.

On doorsteps, she left blue-and-white litter-collection bags with the slogan DOROTHY IS FOR THE BIRDS and the elk, and the bears, and the flowers, and for MONTANA on one side, and her environmental platform on the other side, addressing problems ranging from waste disposal to population growth.

That November, despite her list of “wrongs,” Bradley won her race. She went on to serve eight terms in the Montana House of Representatives. But today, as Earth Day turns 50, she feels the problems listed on that half-century-old litter bag have only grown in scale. “Waste disposal?” she scoffs. “We haven’t figured out how to seriously recycle plastic!”

In the decade that led up to the first Earth Day, the American environmental movement had launched its way into mainstream consciousness. Rachel Carson’s 1962 Silent Spring raised awareness of the dangers of pesticides. Images of pollution — the Cuyahoga River in flames, the Santa Barbara oil spill coating animals in goop and Los Angeles residents wearing gas masks because of the smog — had shocked the public. Scientists like ecologist Barry Commoner, whom TIME dubbed the “Paul Revere waking the country to environmental dangers,” spoke about the public-health risk of nuclear testing. Even President Nixon, who took office in 1969, was listening. And then, as now, TIME pinned the future of the environmental movement on a new generation — the wave of young people who, like Dorothy Bradley, had been galvanized by the issue.

In that February 1970 cover story, the magazine billed the upcoming first Earth Day as the “climax” of a series of environmental teach-ins at which roughly 35,000 speakers would bring even more attention to environmental issues and launch a new stage of the environmental movement.

“There was all kinds of environmental activism before Earth Day, but it was fractured,” says Adam Rome, author of The Genius of Earth Day: How a 1970 Teach-In Unexpectedly Made the First Green Generation and professor at the University at Buffalo. “Earth Day put those people on the same stage, and people really start to have this sense that these seemingly separate problems were part of one bigger problem.”

As the 50th Earth Day approached, TIME spoke to a range of people who were active at this pivotal moment. All agreed that the scale of the problem has gotten much larger, thanks in part to missed opportunities along the way. Here are some of their reflections:

Richard Ayres, co-founder of the Natural Resources Defense Council in 1970:

Arturo Sandoval, who was on the national organizing team for the first Earth Day and is now the director of the Center of Southwest Culture in New Mexico:

JoAnn Tall, a member of the Oglala Lakota tribe living on the Pine Ridge Reservation in South Dakota, who won the Goldman Environmental Prize for helping to stop a proposed nuclear testing site on lands sacred to Native Americans in the Black Hills area in the late 1980s.

Pete McCloskey, who co-founded Earth Day as a Republican Congressman and was an architect of the now-threatened 1973 Endangered Species Act:

All agreed that the next generation gives them hope for progress — especially as younger politicians may at least be able to agree that climate change is happening.

“We’re in an incredibly politically divided time, and yet, if you look at the polling data, Republican youth care about climate change,” says Tia Nelson, climate director at the environmental group the Outrider Foundation and daughter of Wisconsin U.S. Senator Gaylord Nelson who came up with the idea for Earth Day. Polls also show, among Millennial and Gen Z Americans, greater bipartisan belief that human activity contributes to climate change and less support of increased fossil fuel production.

The question now is whether the COVID-19 pandemic will be another missed opportunity, or an opportunity to leverage work between the public and private sectors and scientists and apply it to the fight to take bolder action on climate change. “We’re in a trial run,” Bradley says, “to see if we can work together.”

The original caption on the photo that accompanies this story misstated the date of Earth Day 1970. It was April 22, not April 20. 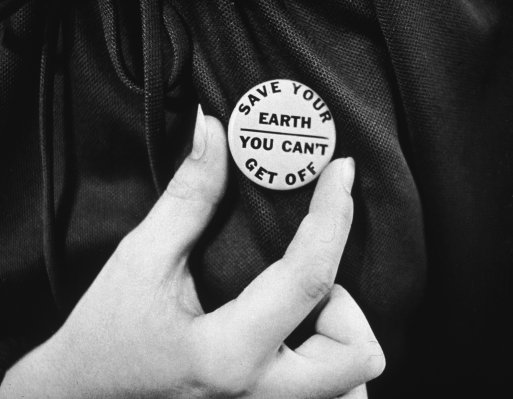 How People Across the U.S. Marked the First Earth Day
Next Up: Editor's Pick