Here's When Americans Really Started to Panic About Overpopulation

Specifically, they were talking about “zero population growth” (ZPG). That’s the idea that there’s a number of children that the average parent should have in order to keep the population size from increasing; according to the grassroots organization Population Connection, that number is 2.1 children per woman in societies with access to modern health care.

And, though concern over the number of people the Earth can support wasn’t new, the ZPG moment captured a particularly American wave of worry.

Population Connection—which was itself formerly known as Zero Population Growth—was co-founded by Stanford entomologist Paul Ehrlich, author of the 1968 book The Population Bomb. Hoping to replicate the success of Rachel Carlson’s 1962 book Silent Spring in catalyzing the environmental movement, he argued that it was time for a population-control movement. Without it, he believed, the world would face shortages of food, water and more. His call for a cure for the “cancer” that is population growth generated some 2 million book sales and numerous appearances on The Tonight Show.

And, in terms of getting attention, it worked: in 1969, Richard Nixon delivered what’s been called the first significant presidential address to Congress on population growth, which he called “one of the most serious challenges to human destiny in the last third of this century.” That speech led to the creation of the government’s Commission on Population Growth and the American Future, to determine an ideal level of population growth that’s good for the United States and how that rate could be achieved, as its 1971 interim report explained.

Ehrlich found a receptive audience on college campuses, spurring a “population boom” of sorts, as LIFE magazine joked in 1970. There were more than 100 ZPG chapters nationwide at universities like Yale, while hunger strikes and fiery debates about vasectomies ensued at campuses like Northwestern and Rutgers. As the article explained:

Other developments in that era had already started to make possible what Ehrlich preached, including the FDA’s approval of the birth control pill in 1960 and the 1965 U.S. Supreme Court case Griswold v. Connecticut, which ruled that state laws can’t prevent marriage couples from using contraception. In addition, as more American women entered the workforce, the cultural tides that had once encouraged large families began to shift. Thus, TIME concluded in 1972, it was unclear how much credit ZPG could take for declining family sizes.

In any case, the U.S. fertility rate has gotten even lower since then.

“Americans stopped at two children back in the ‘70s,” agrees the group’s current president, John Seager, “and have shown no sign of altering that behavior.”

And yet, many assess The Population Bomb’s legacy in the most obvious terms: the world hasn’t ended yet. The book “didn’t anticipate the ‘green revolution’ or the widespread use of contraception,” argues Leora Lawton, Executive Director of the Berkeley Population Center, in an email. “The possible human trauma is not going to be what Ehrlich said, really — he was sensationalist in his way.”

In recent years, whenever Ehrlich has been asked what his book may have missed, he says he was just trying to raise awareness about environmental issues and that he’s glad the book “brought human numbers into the debate on the human future.”

Yet aspects of the text certainly resonate today, even if Ehrlich didn’t get the timing right—which means there’s plenty to keep in mind on World Population Day. “The population pressures are already leading to political conflict,” Lawton notes. “Food security, while it may largely be a problem of distribution, is still a problem. Income inequality isn’t going to help matters. The growth of population in India and sub-saharan Africa, coupled with climate change, could be that catastrophe he’d predicted.” 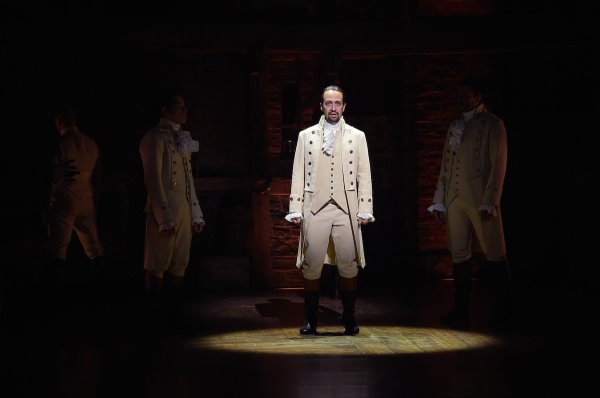 Lin-Manuel Miranda Chose an Appropriate Date for His Final Night in 'Hamilton'
Next Up: Editor's Pick