How U.S. Presidents Have Tried to Use Legal Action to Stop People From Insulting Them

It is a common, and very human, response to be stung by insults. Yet Presidents and politicians recognize that being insulted is part of their profession. Almost all presidents brood in private about the insults aimed at them. George Washington complained about press “outrages on common decency.” Richard Nixon kept an enemies list. Grover Cleveland responded to one satirical article with the comment: “I don’t think that there ever was a time when newspaper lying was so general and so mean as at present.”

All presidents may share Cleveland’s view, but many bear insults gracefully and stoically, and a few even respond with wit and humor. John Tyler reacted to the Whig Manifesto kicking him out of that party with a note to its author, a novelist, telling him that he should stick to writing “romances.” Gerald Ford tried to co-opt Saturday Night Live by allowing his press secretary to host the show and even had himself taped saying the opening catch- phrase, “Live from New York . . . It’s Saturday Night.”

Some presidents can’t resist returning insults with invective of their own. When a friendly Southern crowd shouted that Andrew Johnson’s critics should be hanged, he responded, “Why not hang them?” Johnson’s comments were entered as evidence in his impeachment trial.

Not all presidents suggest the gallows, but many strike back verbally—and some presidents have even responded to insults with legal action.

The Sedition Act of 1798 provided fines and jail penalties for anyone who “shall write, print, utter or publish . . . false, scandalous and malicious” comments about “the government or the President.” The administration of John Adams went on to prosecute 26 individuals, mostly editors of newspapers critical of the Adams administration.

Thomas Jefferson opposed the Alien and Sedition Acts as federal overreach and was happy to see the Sedition Act expire in 1800. But while Jefferson was publicly supportive of the free press, he quietly supported state prosecutions of a few newspapers to set an example. In 1803, when Harry Croswell, the editor of the Wasp, referred to Jefferson as “a dissembling patriot” and a “pretended ‘man of the people,’” he was convicted by a New York court of seditious libel. In 1806, two years after the Croswell case was decided in the Supreme Court, a federal grand jury in Connecticut returned charges against writers and publishers associated with the Litchfield Monitor and the Connecticut Courant. The charges arising from the Courant’s 1806 story accusing Jefferson of secretly bribing Napoleon with 60 tons of silver—about $2 million at the time—resulted in an indictment. the Connecticut Courant case, United States v. Hudson and Goodwin, went to the U.S. Supreme Court, which decided in 1812 that federal courts did not have jurisdiction over common law offenses such as libel unless Congress specifically passed a law criminalizing them.

A century later, in 1908, Joseph Pulitzer’s New York World and Indianapolis News reported on alleged corruption in the payment of $40 million by the U.S. government to purchase a French company’s holdings in Colombia for the Panama Canal. President Theodore Roosevelt was incensed, and in a special message to Congress, he called the charges “a libel against the United States government” and said of Pulitzer that it was “a high national duty to bring to justice this vilifier of the American people.”

Pulitzer’s company was indicted on convoluted charges involving national defense. Prosecutors argued that the publications violated an old federal law prohibiting malicious injury to harbor defenses, since the newspaper had been circulated at West Point, federal property. In United States v. Press Publishing Co., the Supreme Court rejected the indictment, noting that “the offense, if any, was committed wholly within the jurisdiction of the state of New York.” Pulitzer claimed victory.

During the New Deal era in the 1930s, libel re-emerged as a way of threatening the press. Senator Sherman Minton, whose senate special Committee to Investigate lobbying activities was investigating the opposition press, proposed a federal libel bill imposing a prison sentence of up to two years for publishing news “known to be false.” the bill evoked bipartisan outrage and was soon withdrawn.

In 1964, the Supreme Court finally weighed in definitively on whether public figures could seek damages for libel over errors in reporting. The Montgomery, Ala., commissioner of public safety sued the New York Times and civil rights activists over a full-page advertisement criticizing the actions of police. The Court took the opportunity to establish the standard that in the case of public figures seeking damages for libel, “actual malice” was required rather than mere error. In New York Times v. Sullivan, the Court wrote that “erroneous statement is inevitable in free debate” and that “debate on public issues . . . may well include vehement, caustic, and sometimes unpleasantly sharp attacks on government and public officials.”

The decision was unanimous.

Today, Donald Trump characterizes reporting he does not like as “fake news” and has called the mainstream press “enemies of the people.” But part of the genius of American democracy—both in our legal system and in our politics—is that citizens can openly insult the President. We enjoy protections of freedom of speech and freedom of the press that other nations do not, and our freedoms allow us to direct invective at the president with legal impunity. 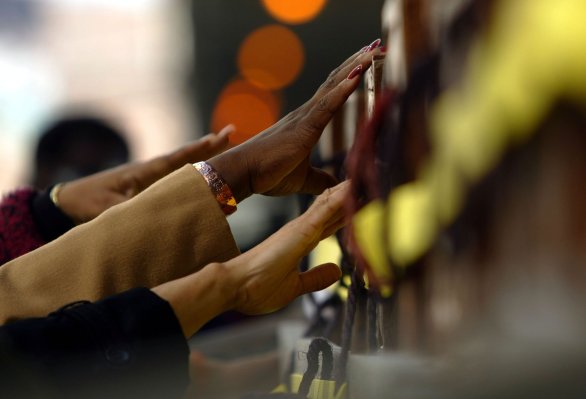 The Moving Story Told by the African Burial Ground in New York City
Next Up: Editor's Pick