From late-night rap sessions with Jimmy Fallon to seven Daily Show appearances to a selfie-stick-filmed Buzzfeed video, President Obama has effectively used entertainment forums to win elections, connect with voters, and promote his legislative agenda for the past eight years. All the candidates in the 2016 election have taken note, turning to shows like Saturday Night Live, Stephen Colbert’s Late Show or The Tonight Show with Jimmy Fallon to try out for the role of “entertainer-in-chief.” Even the fictional presidential race on Scandal recently featured an episode with a reluctant Mellie Grant reading mean tweets on Jimmy Kimmel Live.

Many journalists and television fans remember how SNL and Gerald Ford ushered in this environment, exactly 40 years ago this weekend, when Ford’s press secretary Ron Nessen guest hosted the April 17, 1976, episode of the show.

But Ford, who struggled to navigate a shifting media landscape and reluctantly turned to entertainment television as a last resort, was not in fact the first American politician to join forces with the world of show business. Entertainment has a rich history in American politics. During the 19th century, newspaper editors were party leaders—selling presidential candidates to voters with political cartoons and using picnics and parades to boost voter turnout. In the 20th century, Hollywood studio executive Jack Warner sold New Deal programs in theaters and Franklin Roosevelt’s re-election on the campaign trail. Actor Robert Montgomery assumed a position as television adviser to Dwight Eisenhower. John Kennedy had Frank Sinatra belt out a personalized version of “High Hopes” on the primary trail. Even Richard Nixon eventually bellied up to the bar, famously appearing on Rowan & Martin’s Laugh In and declaring the show’s catch phrase, “Sock it to me,” during his 1968 campaign.

What set Ford apart was that he participated in what Michael Douglas, one of SNL’s writers, later called a battle of co-optation. And, he did so as the sitting president. The White House and the television show each attempted, not always in concert, to shape public perceptions of the presidency. In the course of doing so, they inadvertently changed what it meant to be “presidential” in the United States.

That crucial moment almost never happened. Following the Watergate scandal and Nixon’s resignation, Gerald Ford faced a cynical public and a press corps suspicious of any efforts by the White House to advance a political agenda at the expense of the “truth.” So, Ford’s press secretary, Ron Nessen, emphasized restoring the prestige of the office. Ford could appear at press conferences in the Rose Garden, but programs like the Dean Martin Show or American Bandstand were out of the question. President Ford, who had come to the office without being elected, needed more than anything to seem like someone who took the job seriously.

But, after less than a year in office, it was clear that whatever he was doing wasn’t working. The controversial Nixon pardon, the fall of Saigon and a faltering economy made many Americans wonder about Ford’s leadership abilities. Journalists labeled Ford “Bozo the Clown” and a spill down the stairs of Air Force One in Austria seemingly solidified his image as the “Klutz-in-Chief.”

And then, on Nov. 8, 1975, Chevy Chase debuted his impersonation of the bumbling Gerald Ford on the new hit television show Saturday Night. The sketch made Nessen wince—but it also made him reevaluate the possibilities of entertainment to combat this negative image. When Al Franken, then a writer for the show, casually invited the press secretary to guest host during the New Hampshire primary, Nessen considered the offer.

That March, he and the president tested the waters by inviting Chevy Chase to perform at a White House dinner. And, to the audience’s surprise, the president emerged as the star of the show, reminding the comedian that “I’m Gerald Ford, and you’re not.” With the primary race heating up and campaign budgets reaching pre-convention limits under the new campaign finance laws, Ford relished the free publicity the evening generated and pledged to send Nessen to Chase’s show in return.

Audiences got more than just a press secretary. On April 17, 1976, President Gerald Ford appeared on television screens across the country uttering the famous line: “Live from New York, it’s Saturday night!” Pre-recorded in the Oval Office, the president’s introduction to the late-night variety show gave his blessing to what would become a controversial evening.

In one sketch, Nessen played himself, opposite Chevy Chase’s impression of the president, as he explained his rationale for hosting. “And that’s why I want to host this show, to demonstrate that this administration has a sense of humor,” he told the fake Ford. “You may remember in 1968, Nixon said, ‘Sock it to me’ on Laugh-In, and it may have made the difference in the election.”

Behind closed doors at the White House, however, Nessen had discussed how Nixon’s Laugh-In stint may have actually hurt the former president. And at the time, many of his contemporaries agreed. Reviews of this show were not kind to Nessen, either, and many told the press secretary he had made a “gross error of judgment” by appearing on a show that lacked the “dignity” of the Oval Office. And it didn’t tip the scales come election time, either, when Jimmy Carter successfully took the White House from the incumbent Ford.

Ford and Nessen may have lost the election, but Nessen’s SNL sketch had unintended though lasting legacies for the office of the presidency. It further transformed entertainment forums into political battlefields and contributed to the growing perception that being entertaining was necessary to succeed politically. This belief has since become a reality of modern politics, a conviction further reinforced by the growing place of entertainers, consultants and “spin doctors” in campaigns.

Ford’s attempt to “humanize” the presidency with humor has made modern presidents more relatable but, ironically, less accessible. While candidates still shake hands in key primary states, entertainment is the filter through which many Americans meet the nation’s most important politicians—a situation that is perhaps reflected in the fact that, this year, a reality television star with no support from the mainstream establishment of the party he claims to represent has potential to be that party’s stander-bearer.

What happens, however, when entertainment becomes not just a tool to engage and communicate, as it has in the past, but the defining and driving component of a contest to win an office that also involves making substantial decisions about domestic and international affairs?

Kathryn Cramer Brownell is assistant professor of history at Purdue University. She is the author of Showbiz Politics: Hollywood in American Political Life. which explores the use of Hollywood styles, structures and personalities in U.S. politics over the 20th century. 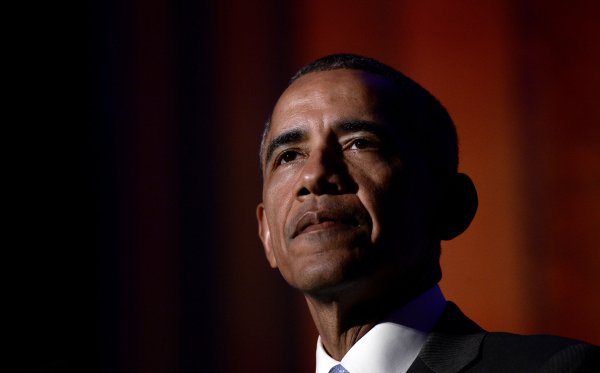 The Next President Should Continue Obama's Labor Legacy
Next Up: Editor's Pick