For those privileged enough to be able to work from home, there are still inconveniences with the new arrangement: social isolation, lack of access to free office coffee, difficulty making meetings work remotely. But it’s also introduced plenty of positives: judgment-free fashion choices, cutting the commute down to the distance between bed and desk and — for some — lots more quality time with animal companions, an unexpected upside that is helping to warm the internet’s cold, anxious heart this week.

Dr. Hannah Fahey certainly didn’t expect spring semester to go like this. Fahey and her partner work at the Irish World Academy of Music and Dance in the University of Limerick, but for now they’re staying home after Irish universities announced closures until March 29 due to the coronavirus pandemic, making them part of the fortunate population capable of preemptively limiting exposure to COVID-19. But they’ve picked up some new home coworkers in the process: their two dogs, who have also become unwitting stars of video class sessions.

“In anticipation of the close, I had begun to trial online delivery of my lectures earlier in the week,” she told TIME about her preparation for teaching remotely. “However, I hadn’t consulted our canine companions prior to starting the Zoom session, and unfortunately the timing coincided with the postman!” Naturally, the dogs reacted quite vocally to the visitor at the door.

“My students were, however, quite amused at the barking, and soon order resumed.” Fahey and her partner have a 6-year-old Northern Inuit rescue named Cersei and an 8-month-old French bulldog named Yara. (“Jennifer is a big Game of Thrones fan!” Fahey noted about the origin of those names; Thrones watchers will know that Cersei was the embattled Lannister queen, and Yara the Greyjoy princess and seasoned sailor — two characters who also loved playing a central role in the action.)

Fahey is not the only one who’s learned the joys and pitfalls of working from home with an animal companion who may not be too concerned about the importance of a phone call — or productivity. Twitter is alight with images of cats camped out on their owners’ keyboards and dogs underfoot. And then there’s Camber, the pet rabbit of Mar Hicks. Hicks is an associate professor of history and technology, and the author of Programmed Inequality, a book about women in computing. Like many others in the academic community, Hicks is now working remotely. “It has changed all of my teaching and meetings, and for teaching especially has created a huge amount of new work as professors struggle to suddenly teach online,” they admitted.

But Camber, who Hicks has had for about two years, is thriving. Always one to enjoy being the center of attention (he camps out in “one area in the house where you can’t fail to see him and have to avoid accidentally stepping on him,” and “won’t leave until you pet him for as long as he wants,” Hicks told TIME), Camber is now reaping the rewards of Hicks’s new work-from-home life. “Whenever I get up, he will follow me down the hallway and then try to get me to chase him back to the other room,” they said. “Of course I can’t really chase him; I have to just pretend chase him. He always has to ‘win,’ because he likes to run but not to be caught.”

And while Hicks does have to make sure to keep Camber away from “delicious laptop cords,” it’s otherwise been “pretty fun and a stress reducer” to have time with him at home.

Meanwhile, Fahey and her partner got an early forest walk in the morning with Cersei and Yara “when we would usually be rushing around getting ready.” And mid-morning, instead of meeting up in real life with colleagues for coffee, everyone congregated on Zoom for a video — with dogs at the ready. “Our staff kitchen at work has pictures of all the Academy pets, so it was nice to see some of them through video chat on our break,” Fahey said.

Fahey knows the dogs aren’t the star of the show, and says she’ll be keeping their guest appearances “to a minimum” while conducting her online classes. But she also recognizes it’s important to have a source of calm in the midst of seeming chaos. “We will be grateful for their company as we work, and I know that they will help us to stay well,” she said. Hicks agreed: “I’ve been posting pictures of [Camber] to Twitter to try to cheer folks up a little, because we are all going through such a stressful time right now,” they said. “I certainly have been appreciating cute animal pics more nowadays.” 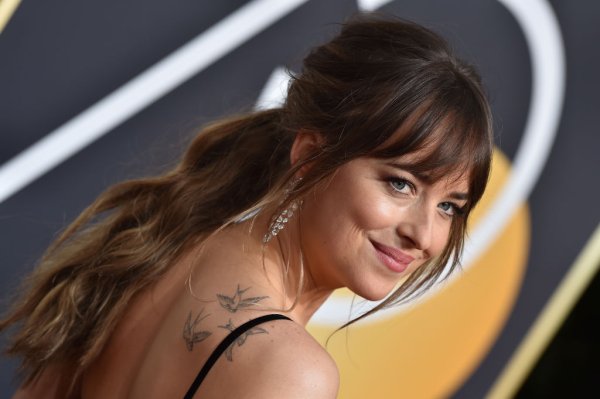