Warning: This post contains spoilers about Game of Thrones season 8.

As was the case with some of her fans, it sounds like Lena Headey wasn’t completely satisfied with Cersei’s death on Game on Thrones.

In an interview with The Guardian that was published on Sunday, Headey revealed that she “wanted a better death” for Cersei of the House Lannister, First of Her Name, Queen of the Andals and the First Men, Protector of the Seven Kingdoms.

In the show, Cersei was killed when falling rubble crushed both her and her twin brother-turned-lover Jaime as the Red Keep collapsed around them in the series’ penultimate episode. However, some fans were dissatisfied with the fact that Jaime wasn’t the one to ultimately take Cersei out and instead died comforting her.

The belief that Jaime would kill Cersei largely stemmed from the flashback scene in season 5 when a young Cersei had her future told by a witch named Maggy the Frog. “You will never wed the prince, you will wed the king,” Maggy tells her. “You’ll be queen, for a time. Then comes another — younger, more beautiful — to cast you down and take all you hold dear…The king will have 20 children, and you will have three…Gold will be their crowns, gold their shrouds.”

However, in George R.R. Martin’s A Song of Ice and Fire series — the books on which Game of Thrones was based —there is a cryptic final line to the prophecy that the show left out: “And when your tears have drowned you, the valonqar shall wrap his hands about your pale white throat and choke the life from you.”

Since “valonqar” means “little brother” in High Valyrian, many fans thought that either Tyrion or Jaime, the second-born twin, would be the one to kill Cersei. Obviously, that didn’t end up being the case. And while Headey didn’t comment on whether death-by-brother was the end she wanted for Cersei, she did discuss the way things played out.

“Obviously you dream of your death,” she says. “You could go in any way on that show. So I was kind of gutted. But I just think they couldn’t have pleased everyone. No matter what they did, I think there was going to be some big comedown from the climb.” 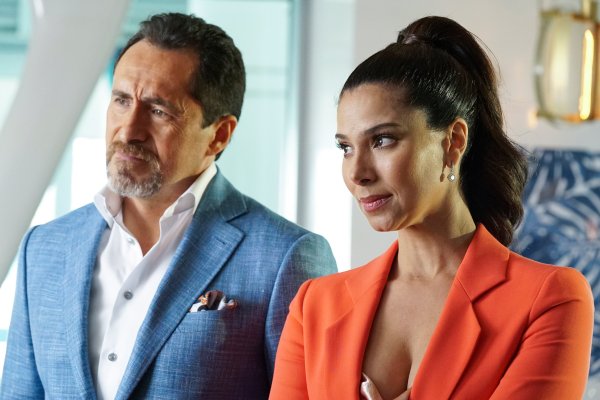 ABC's Charmless Grand Hotel Will Leave You Desperate to Check Out
Next Up: Editor's Pick