Tom Hanks Offers Advice as He and Rita Wilson Fight Coronavirus: Take 'Care of Ourselves and Each Other'

Tom Hanks says he and wife Rita Wilson are in isolation and are being well cared for after being diagnosed with coronavirus in Australia.

In an updated posted on Twitter Friday morning, Hanks also offered the world advice on how to deal with the outbreak—which has so far infected more than 125,000 people and killed nearly 5,000 worldwide.

“We are taking it one day at a time. There are things we can all do to get through this by following the advice of experts and taking care of ourselves and each other, no?” he said.

The 63-year-old actor announced in a statement on Wednesday that both he and Wilson had tested positive for the virus in Australia. He said that he and his wife, who is also 63, had experienced tiredness and body aches, so they decided to get tested.

In his update Friday, he said: “Rita Wilson and I want to thank everyone here Down Under who are taking such good care of us.”

The couple is in isolation at a hospital in the state of Queensland in Australia, where Hanks was working on an untitled film about Elvis Presley directed by Baz Luhrmann for Warner Bros.

The actor ended with a note of encouragement for his followers. “Remember, despite all the current events, there is no crying in baseball.” 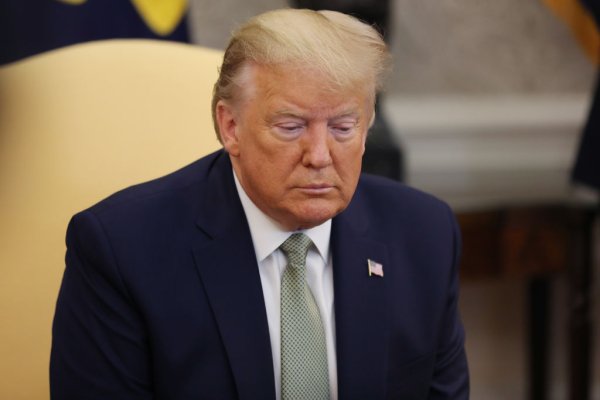 Trump Suggests Tokyo Olympics Should Be Postponed 1 Year
Next Up: Editor's Pick