Even After a Hard Reset, Westworld Season 3 Feels Like a Long Con

At the very end of Westworld’s brain-breaking second season—after the robot “hosts” marched into digital heaven (or something) and Dolores escaped to foment revolution outside the park’s boundaries—came another ending. In one post-credits sequence Ed Harris’ bloody, battered William encounters his daughter Emily (Katja Herbers) amid the rubble of the Delos labs, despite having killed her in a previous episode. “I’m already in the thing, aren’t I?” he mumbles. Emily replies: “This isn’t a simulation, William. This is your world. Or what’s left of it.” When she asks what he was “hoping to find, to prove,” he says he wants to be certain “that no system can tell me who I am. That I have a f-cking choice.” But as they settle into the mock apartment where he used to visit the host who inherited James Delos’ mind, she questions him in much the same way that he once questioned Delos. So, is he a host? Is she? And when is this all happening?

In true, baffling Westworld style, quite a bit happens before viewers get our first glimpse of William in Season 3—which will debut on HBO March 15, nearly two years after that finale. Yet thanks to an abundance of post-game interviews with co-creators Lisa Joy and Jonathan Nolan, we know that the post-credits scene takes place in the far-off future. Meanwhile, Joy told the Hollywood Reporter, upcoming episodes would explore “a whole new world” and “be a whole new experience.”

When it comes to setting, scope and even genre, she and Nolan have delivered on that promise. A premiere that traverses continents, rather than remaining within the claustrophobic confines of the Delos parks, ushers in a story that’s more futuristic tech thriller in the vein of Blade Runner and Strange Days than sci-fi western. With so many characters killed off or beamed up to the wild blue yonder, there are also a number of cast changes—if not quite as many as you might expect. What remains is the show’s reliance on misdirection, its insistence on submerging insights into concepts such as consciousness, free will and violence as entertainment under layers of superficial confusion.

At the forefront of the new episodes is Evan Rachel Wood’s Dolores, whose vengeance against the human race now involves both grisly murder and corporate espionage. Her mission brings her into contact with Caleb (Aaron Paul, perfectly cast as a dystopian Jesse Pinkman), a lonely military vet with a gravely ill mother who supplements his meager construction income with dangerous gigs on some kind of black-market TaskRabbit. What binds him and Dolores together, other than his desperation and the comforting effect his Teddy-like kindness seems to have on her, is a disdain for the ultra-wealthy human technocrats who, in Westworld’s near future, increasingly have the power to circumscribe individual lives through proprietary data. Robots are anti-capitalists, sort of.

I can’t give much of a status update on Maeve (Thandie Newton), Bernard (Jeffrey Wright) or Charlotte (Tessa Thompson), in part because that would spoil some early twists but also because, after viewing half of the eight-episode season, I’m still not sure who is who and what is “real” and what is happening to any of them. When Dolores fled Westworld with a handful of host brains and the ability to manufacture humanoids identical to any person or robot, endless combinations of bodies and minds became possible. The first few episodes blur the boundaries between humans implanted with cybernetic modifications and machines that possess artificial consciousness, life as we know it and a computer simulation, virtual reality and embodied existence in a physical but fictional realm. Sometimes—such as when we watch Caleb “try on” suits in an augmented reality where images of the clothing are projected on his body like a video game avatar—this uncertainty provides food for thought. But too often it keeps viewers mired in bewilderment over the basics of what we’re looking at in each scene, a decision that continues to preclude the higher-level conversation Nolan and Joy seem to want to have.

After the many frustrations of Season 2, from the laughable glibness of the hosts’ last-minute ascension to an overarching sluggishness that suggested the writers were running out of ideas, I appreciate the comparatively quick pace and novel visuals of the new episodes. Much of the season takes place in a futuristic Los Angeles—with flawless production design that nods to the cyberpunk aesthetic but doesn’t photocopy it—now a city of tall, plasticky towers covered in windows and greenery, where people with money ride around in insect-like hovercrafts and self-driving cars that resemble Elon Musk’s Cybertruck if it actually looked appealing. This fresh setting enables the kind of immersive world-building that made it possible to be patient with Westworld in the beginning. The acting remains fantastic, as substantial storylines for Paul and Thompson (who finally gets the challenging material she deserves) complement the consistently sharp performances of Wood, Newton and Wright. Action scenes are as slick as ever. Sadly, though, all that polish effectively functions as a distraction from the aimlessness of what is starting to feel like a loose collection of characters, ideas and cool narrative tricks in search of a story.

“These violent delights have violent ends” is the show’s refrain, one it still hasn’t stopped repeating. As is so often the case in Westworld, there’s some ambiguity in this prophecy; “ends” could mean “objectives,” “conclusions” or both. No matter how Joy and Nolan define their terms, I’m starting to wonder whether these violent delights will turn out to have any ends at all. 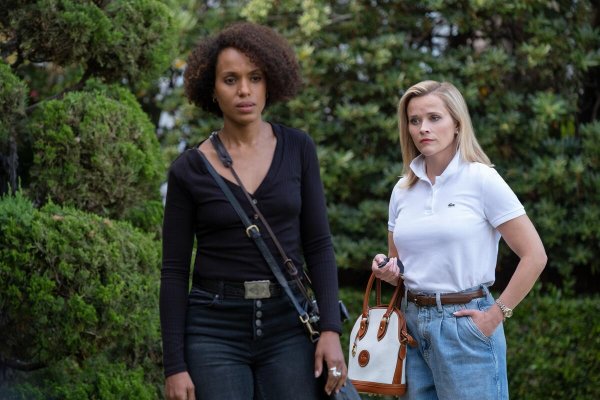 Hulu’s Little Fires Everywhere Is a Pale Imitation of the Great Book It’s Based On
Next Up: Editor's Pick