What is it about gnomes? The rosy-cheeked, bearded creatures of legend seem to appear mysteriously in pop culture when you least expect it — which is, of course, right in line with the tricky spirits they’re known to be. One gnome meme — “You’ve been gnomed,” to be specific — has been a popular bit of internet ephemera for years now. Here’s what to know about the strange, capricious video that sparked the gnome meme.

Gnomes themselves are nothing new or internet-specific, of course. We can trace the creatures back to folkloric roots in the 16th century and the Swiss alchemist Paracelsus, who classified beings into elemental categories; gnomes were associated with earth. After that, gnomes began appearing in Romantic works of fantastical literature and fairy tales from the era.

Fast forward to the present time, and gnomes are species we know best from their cameos in books like C.S. Lewis’s The Chronicles of Narnia, J.K. Rowling’s Harry Potter series (in those books, the gnomes are garden pests who hide in bushes, known to look rather like lumpy potatoes with legs) or the Dutch classics Gnomes and The Secret Book of Gnomes. It was these last children’s books, in fact, that helped cohere a singular version of the gnome as a small, jolly fellow with a white beard. It’s an image reminiscent of the Disney classic Snow White and the Seven Dwarves; in that cartoon, the diminutive beings are dwarves — but many of their characteristics would later be picked up by literature and visual representations of gnomes. And then there was the popularity of garden gnome lawn ornaments of the mid to late 20th century.

All of that brings us to “You’ve been gnomed.” In typical meme fashion, the term and its associated video have a twisty backstory. KnowYourMeme traces the cultural artifact to 2008, and a U.K.-based website dedicated to the story of a cartoon character named Noggin Clontith. According to that site, however, Noggin was actually “born” in 2005. “There were 2 ladies in Long Itchington, a village in Warwickshire, England, who were using a small toy Gnome to raise funds to restore the village pond, and who asked artist Angela Winstanley to bring the gnome to life, and to tell the story,” the site explains. “This led to the creation of the character (Noggin Clontith being an Anagram of Long Itchington).” Winstanley herself corroborates this story; she had been living in the U.K. and working as an artist.

“The paradox is that the Noggin thing began as a bit of fun between friends,” she told TIME, checking in from her current home in Cyprus, “and the character seemed to draw people in around him — so from the original Long Itchington context, songwriters, an actor, musicians and singers got involved, and developed not only the character, but also the voice and music. I wrote the story, developed the characters and the artwork.” She has worked primarily with collaborator Steve Cartwright, who voices the character, ever since.

Long Itchington seems like a fairly idyllic place; the guided walk suggested by the town council includes visits to the “Brickyard Cottages” and the 15th century “Manor Farm,” and, according to the site, is the 11th century birthplace of St. Wulfstan, the Bishop of Worcester in his day. It also boasts seven pubs, as the town’s information site proudly notes, and the “largest village pond in Warwickshire.” Presumably, that’s the very same pond the Long Itchington ladies were looking to save. But despite Noggin’s distinctive character, Winstanley said the project had “gone to sleep” from their side.

By 2008 the website was launched and a universe created. Part of that universe: a banner video of Noggin Clontith himself, rendered in blurry, retro, strangely aggressive animation. “I’m not a g’nelf, I’m not a g’noblin, I’m a g’nome, and you’ve been gnomed!” it played in a distinctive voice as Noggin ambled and jumped across the screen, cackling in his little red cap and blue shirt. Winstanley moved to Cyprus “some 9 years ago or so,” she explained, “just prior to which” the site and video were set loose on the internet.

The clip took on a life of its own after it was posted to YouTube in 2010. That original has racked up over 10.6 million views in a decade. Winstanley said Noggin was “left to hibernate without anybody taking much notice,” but eventually it also made its way to Reddit in 2015, on a subreddit dedicated to random bits of YouTube. “Noggin has been widely used on YouTube to annoy streamers and is featured on a number of prominent streamer channels,” the site further explains. Mostly, people would spam each other with the video — surprise attack by Noggin, as it were.

By 2018, the team had reclaimed the video by opening a new, official YouTube channel. (She lost the original account’s password and has been unable to recover it.) To Winstanley, all of this has come as quite a surprise. “Fact is that I’m 66 years old, and not a great manager of social media!” she noted; it wasn’t until she received an “unsolicited message” 18 months ago about Noggin that she discovered his celebrity status. “I was perplexed,” she added, and didn’t even know what a meme was at the time.

As for what it all signifies? Most commenters on the video and associated Reddit threads see “You’ve been gnomed” as one of those inane, bizarre pieces of internet flotsam that gets shared around endlessly — a kind of late-stage chain email or spam attack to troll your friends — but signifies pretty much nothing. It’s been super-processed or “deep fried” in internet parlance; it’s been turned into static images; it’s served as the basis for long-form jokes. Ultimately, it makes just as little sense as it seems to make. “This video is cursed,” one viewer commented on Reddit. “I’d like to forget this,” another said. “I feel like a piece of my soul has been stolen,” said a third.

Noggin may have become a piece of lore — as gnomes are wont to do — but he hasn’t yet had much of an impact on the original pond restoration project in Long Itchington. However, in Jan. 2019, local news reported that a developer donated £5,000, which would be used to help bring the pond back to its “former glory.” According to a town councillor quoted in the article, the pond was last cleaned about 20 years prior, around five years before Noggin Clontith made his first foray onto the scene. So while he ultimately may not have made much of a difference in the silt levels of Long Itchington, at least he has online infamy to his name.

And there’s more to come: Winstanley has international trademark rights to Noggin and “You’ve been Gnomed,” with books and merchandise in the works to continue the “jolly” character’s story into the next year. “Steve and I have created the story of Noggin in Cyberspace, based on the cloning of Noggin as a baseline — which sort of reflects recent events for Noggin,” Winstanley shared. “And then we will be further supporting Long Itchington pond,” she reassured TIME, “and other causes.” 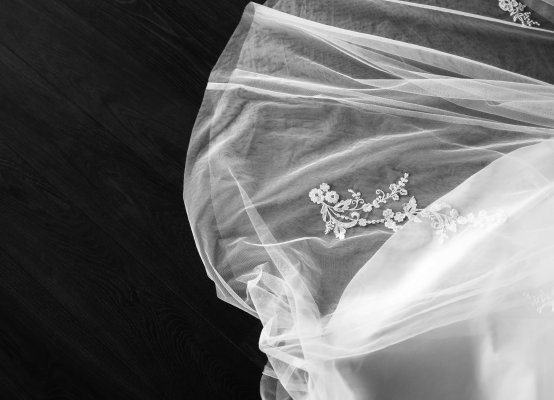 Mom Wears Wedding Dress to Lunch While Social Distancing For the Most Adorable Reason
Next Up: Editor's Pick