The Netflix documentary that truly lives up to its title Tiger King: Murder, Mayhem and Madness has ensnared its fair share of fans and kicked off a spirited online conversation since it dropped last weekend.

Not only has this story captivated fans online, but the personality of the man who is the subject of the doc along with his antics has lent itself to viral moments on Twitter, Instagram, giving new viewers jokes aplenty to connect with.

Embodying the idea that the truth is stranger than fiction is Joseph Maldonado-Passage or Joe Exotic. This true character of a man kept the cameras rolling on his intense life. “Animal people are nuts, man,” he begins. “And I might be one of them people, I don’t know. But they’re all half out-there, man. They’re crazy.” It’s abundantly clear he does very well fit the profile. With this man’s unsuccessful endeavor to host a reality show and campaign for president, people really can’t look away.

The high-energy zoo owner goes from leading attractions to becoming a convicted criminal, but the viewers don’t even need to get all the way there to be transfixed. Even without making it through every episode, the internet has decided that the grab bag of a show that’s overflowing with mind-boggling ingredients is primo material for some high-caliber memes.

His feud with his enemy, his love of big cats and big cat prints, his music videos and his skincare line are all identifying characteristics. It’s chaotic.

Here are the very best Tiger King memes the internet has to offer so far.

Even Chrissy Teigen got in on the conversation about the dispute.

It is clearly a powerful diversion best enjoyed over a bottle of champagne and brie cheese.

Even Jared Leto got in on the fun with a livestream dress-up party.

And Cardi B was rapt.

And the memes kept coming.

There were details some missed.

And it gave us a jet ski moment. 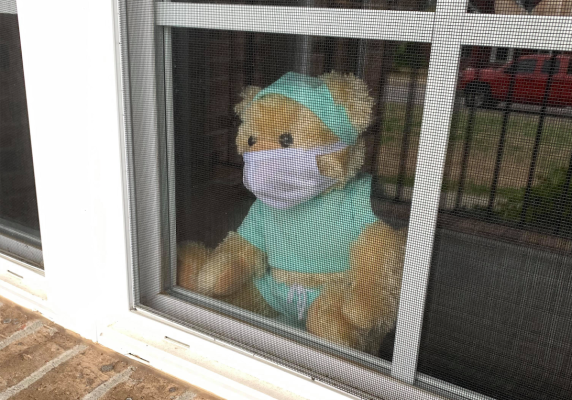