The Best Harry Potter Memes Ever

In the big wide wizarding world, Harry Potter memes are truly the gift that keeps on giving.

The enduring phenomenon of Harry Potter has given us many things, from a slew of inspirational quotes to a beloved Broadway play. But one of the greatest gifts that the franchise has bestowed on fans is source material for a seemingly never-ending stream of memes.

Luckily, the movies based on J.K. Rowling’s book series supplied a visual representation of the story of the boy who lived, allowing Harry Potter to find a whole new lease on life when memes became a favored source of internet entertainment. After all, with a franchise as beloved as Harry Potter, it seems only natural for fans to continually be looking for ways to reference the series in everyday interactions. Especially in ways that are laugh-out-loud funny.

It’s been nearly 10 years since the Harry Potter movies wrapped up their decade-long run in theaters, but the jokes derived from scenes in the eight films will never get old. Here’s TIME’s list of the 10 best Harry Potter memes ever.

We’ve all been there. You’re caught up in the emotion of everyone believing Harry (Daniel Radcliffe) is dead after Voldemort (Ralph Fiennes) uses the killing curse on him in The Deathly Hallows – Part 2 when suddenly the Dark Lord is calling for recruits to join the Death Eaters. Malfoy (Tom Felton) steps forward and is forced into one of the most awkward hugs ever depicted on-screen, a moment so hilariously uncomfortable that it instantly cemented its spot in the annals of Harry Potter meme history.

Felton himself has even commented on the cringe-inducing embrace.

“Pretty proud to say I’m probably the only kid that ever hugged Voldemort. Even if it was awkward,” he tweeted following the movie’s release in 2011.

Now, the Voldemort hugs Draco meme has become a litmus test for gauging just how awkward a situation is.

Thanks to Alan Rickman’s ice cold portrayal of the stony Severus Snape, Hogwarts’ longtime potions professor inspired countless memes over the years. But one in particular that has stood the test of time is Snape telling Harry’s class to turn to page 394 of their Defense Against the Dark Arts textbook while subbing for Lupin (David Thewlis) in The Prisoner of Azkaban.

Rickman’s iconically deadpan delivery of the line made it an instant hit among movie watchers, who transformed it into a reply meme signifying putting your foot down in short order.

The Harry Potter meme where ‘yer a wizard’

It may be the line that first brought the true magic of Harry Potter to life in The Sorcerer’s Stone, but it’s also often misquoted. Strangely enough, it’s that version that has become a meme.

After the pivotal moment that is Rubeus Hagrid (Robbie Coltrane) bursting through the door of the Hut-on-the-Rock to deliver Harry’s Hogwarts acceptance letter and discovering that the Dursleys have never told Harry about his magical lineage, the line Hogwarts’ gentle giant groundskeeper actually says is, “Harry — yer a wizard.”

In meme form, Harry’s name generally appears at the end of the quote instead. And Hagrid is generally telling Harry that he’s something other than a wizard.

The “Yer a wizard, Harry” reaction gif is also employed to inform someone when they’re stating the obvious.

Despite the fact that Harry’s eyes were a distinct bright green in the books, due to Daniel Radcliffe’s “extreme reaction” to wearing colored contacts, fans just had to accept that movie Harry had blue eyes. J.K. Rowling herself even approved this switch — on one condition.

During a one-on-one conversation with Radcliffe that was included as an extra on the Deathly Hallows – Part 2 DVD, Rowling reveals what she told Harry Potter producer David Heyman when he called to ask if it was OK if Radcliffe’s eyes weren’t green. “The only really important thing is that his eyes look like his mother’s eyes,” she said. “So if you’re casting Lily, there needs to be a resemblance, but they don’t absolutely have to be green.”

That makes sense since throughout the entirety of both the book and movie series, other characters are constantly telling Harry that he has his mother’s eyes. With his dying breath, even Snape famously says as much.

But when young Lily Potter (Ellie Darcey-Alden) appears on screen while Harry is submerged in Snape’s memories in the Pensieve minutes after his death, she has…brown eyes. This was a bridge too far for some and led to a meme poking fun at the obvious blooper.

Talk about an awkward moment!

The Harry Potter meme where Neville’s all grown up

When we first meet Neville Longbottom in Harry Potter and the Sorcerer’s Stone, he’s described as a “round-faced boy” who’s clumsy, forgetful and nervous. And when 11-year-old Matthew Lewis was cast as Neville in the movies, he appeared to be a good fit for the role.

Except there was one problem — the older Lewis got, the less he resembled the awkward young wizard he was playing. Lewis himself has even said that he was worried he was going to be recast.

“Definitely at one point between films two and three I shot up in height and lost a lot of puppy fat and I wondered if they were going to recast me — we were only contracted to two films at a time,” he told Big Issue in 2013. “It didn’t keep me awake at night but I considered it a possibility. I’ve since been told there was never any question but I reckon in some dark room somewhere in California it might have come up.”

Luckily, Neville fully comes into his own by the end of the book series, which allowed Lewis to shed the “fat suit and false teeth and stuff to stick my ears out” that he had to wear for a few years and debut his transformation to the world.

As defined by Urban Dictionary, the term “Neville Longbottom” has since become a slang verb meaning “to get significantly more attractive after going through the process of puberty.”

When Lewis graced the cover of Attitude magazine alongside the tagline “From Hogwarts to hottie” in 2015, even J.K. Rowling had something to say about the photo of him pulling his tank top up to reveal his abs.

“Not as bad as watching Dan in Equus, but close,” she wrote, referencing the play in which Daniel Radcliffe famously appeared nude. “Warn me next time, for God’s sake.”

Now, Neville memes are around to serve as inspiration for anyone who feels like a late bloomer.

Every school year, the four Hogwarts houses compete to win the House Cup, with points being awarded for things like exemplary academic performance and good deeds and taken away for things like rule-breaking and misbehaving.

And thanks to Harry, Ron and Hermione’s penchant for bending the rules, during the Golden Trio’s time at Hogwarts, professors — and in particular, Snape — could often be heard deducting points from Gryffindor.

Now, the “points from Gryffindor” meme can be used to express disapproval of someone else’s behavior. But it can also be flipped on its head when you want to exuberantly praise various online going-ons.

Whip smart, resourceful and as loyal as they come, Hermione Granger (played by Emma Watson in the movies) is a force to be reckoned with from the moment she makes her debut in Harry Potter and the Sorcerer’s Stone. As Ron (Rupert Grint) wisely tells Harry in The Deathly Hallows — Part 1 movie, “We wouldn’t last two days without her.”

So it’s no wonder that having “Hermione Granger energy” has become one of the internet’s go-to compliments for anyone deemed to be exuding a high level of intelligence — and unashamedly putting it on display.

The classic Hermione raising her hand gif can also be used to express an eagerness to volunteer for something, whatever it may be.

The brightest witch of her age, indeed.

That’s right, Snape is back again, Potterheads. This time, we’re breaking down how the arguably most famous line of dialogue from the entire series, Snape telling Dumbledore (played by Michael Gambon from The Prisoner of Azkaban movie on) that he will “always” love Lily Potter, is used in meme form.

Ever felt dejectedly dedicated to seeing something through to the end? If so, this gif is for you. Or maybe you’re looking to humorously express a deep longing for something that will never be? Time to pull the Snape saying “always” meme out of your back pocket.

The Harry Potter meme where Dobby is a free elf

Without Dobby, it’s likely that all would’ve been lost in the battle against Lord Voldemort. As we all sadly know, the house elf’s heroic rescue mission to Malfoy Manor in The Deathly Hallows ultimately cost him his life, but it gave him the chance to stand up to his former abusive masters while saving Harry and his friends.

Of course, as the internet is fond of doing, they’ve since transformed Dobby’s declaration of independence, “Dobby is a free elf,” into a meme for when you’re not too fond of the idea of doing what someone has told you to.

Dumbledore confronts Harry about the Goblet of Fire spitting out Harry’s name as the final champion who will compete in the Triwizard Tournament in both the book and movie. But while the book describes Dumbledore as “calmly” asking him how it happened, Dumbledore actor Michael Gambon had a bit more of an aggressive take on the scene, i.e., storming at Harry, shaking him and shouting at him.

This discrepancy has led to a meme poking fun at how out-of-character Dumbledore’s reaction in the movie seems to many fans. The reaction gif of Dumbledore seizing and yelling at Harry can also be used in response to someone having an extreme overreaction to something. 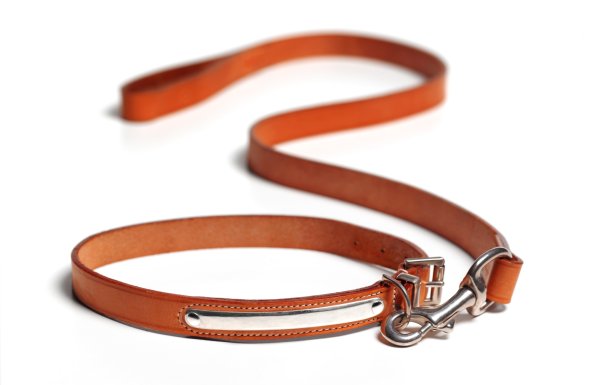 Reluctant Icon Kevin the Cat Sliding Down the Floor Is All of Us
Next Up: Editor's Pick