There are moments during broadcasts when millions are watching that are just made for highly meme-able magic.

And on Sunday night on the internet, one such moment occurred when Shakira swiftly became a meme during the Super Bowl LIV halftime show. During her performance alongside the one and only Jennifer Lopez, the artist sealed the deal, staring into the camera and wiggling her tongue.

It was the ultimate power move demonstrating her slayage of the event and swagger at once. Not to mention, it was her birthday.

All the more reason to celebrate Shakira.

And the moment was made to be captured in a video, so that’s exactly how that went down. Twitter users immediately did what they had to do, turning the footage into a meme.

See some of the first Shakira memes from Super Bowl 2020 below.

Representatives for Shakira did not respond to TIME’s request for comment about the maneuver, but on Tuesday the Halftime Show headliner retweeted a story from Billboard Latin that explained Zaghrouta, a celebratory gesture with Middle Eastern roots.

Her tweet followed users endeavoring to put the vocal move into context.

“It is the traditional Lebanese village form of public acclaim and hailing of the bride by those among her close family and friends, usually all women. It happens at many Christian village weddings in Lebanon,” Malik wrote to TIME in an email. The proper transliteration from Arabic to English is zalghouta, Malik adds. It’s considered “a positive gesture of warmth and approval by a bride’s immediate friends and family.”

While there was no wedding ceremony portion of the halftime show, it certainly was a special occasion.

And of course, Shakira’s playful “wink” at the camera also led people to invoke Spongebob memes.

Her performance featured songs like “She Wolf” and “Hips Don’t Lie” and Jennifer Lopez did “Waiting for Tonight” and “Get Right.”

Anyone who spends Monday making memes with this clip owes a lot of their Twitter game to the “Waka Waka” artist herself.

It certainly got tongues wagging the whole week. Even SNL worked in a reference to the Shakira tongue move with the New Hampshire Democratic Debate cold open sketch with Rachel Dratch as Amy Klobuchar. 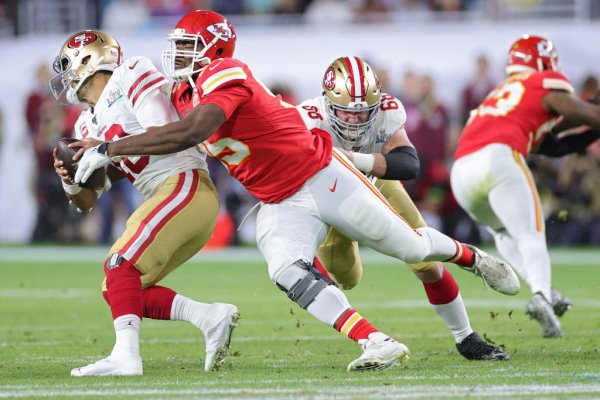 Deaf Artist's National Anthem Interpretation Is Required Viewing for the Super Bowl 2020
Next Up: Editor's Pick