There’s definitely no shortage of cat videos to watch on YouTube. But when it comes to soothing cooking videos that also feature cats, there’s no better channel to tune into than JunsKitchen.

Take for example, the video titled “Japanese meal for cats” that was shared by JunsKitchen on Monday and has since been watched nearly 1.2 million times. In the culinary clip, YouTuber Jun Yoshizuki, who runs the channel with his wife Rachel, meticulously prepares a Japanese-inspired feline feast while two of his cats, Poki and Nagi, patiently sit at the table waiting to sample it.

As tranquil music plays in the background, Yoshizuki cooks up “miso soup” flavored with dried bonito flakes, dried sardines and catnip powder, “rice” made out of ground chicken breast and ground fish molded into the shape of…fish.

And when he’s done, it’s clear the cats are eager to dig in. Yoshizuki’s third cat, Kohaku, even joins in the feeding frenzy to see what the fuss is all about. 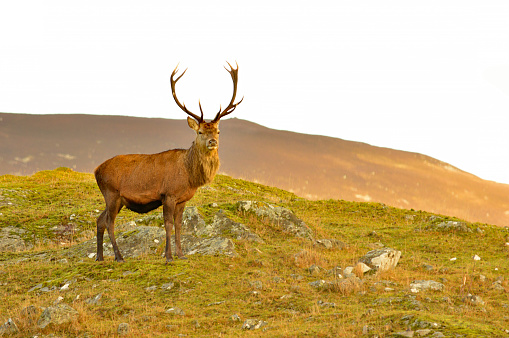 Why Is This Deer Standing on Two Legs? The People Would Like to Know
Next Up: Editor's Pick