As the chorus of the #MeToo movement reached a crescendo, with women everywhere speaking out about abuse they had endured at the hands of powerful men, one voice from the past seemed to echo into the present.

When Anita Hill testified before Congress in 1991 and accused Supreme Court nominee Clarence Thomas of sexual harassment, she did so nearly three decades before the start of the movement that might have supported her, and spoke alone as a black woman in front of an all-white, all-male Senate Judiciary Committee. Poised in her delivery, the attorney detailed ways she said Thomas had harassed her when he was her supervisor at two government agencies. But with a cynical reception from the committee and a forceful denial from Thomas, he was confirmed.

Even so, Hill’s impact was profound: the month after her testimony, Congress passed a law extending the rights of sexual-harassment victims. And the following year, the Equal Employment Opportunity Commission received a 50% increase in sexual-harassment complaints than it had the year before. Hill continued her career as an author, commentator and professor, focusing on equality.

Her story was drawn back into the debate in 2018, when Christine Blasey Ford accused Supreme Court nominee Brett Kavanaugh of sexually assaulting her when they were teens. Like Thomas, Kavanaugh denied it and was confirmed, stirring up the same lasting questions about gender and power. But as more women come forward and push for change, Hill’s courageous voice resounds. —Tessa Berenson 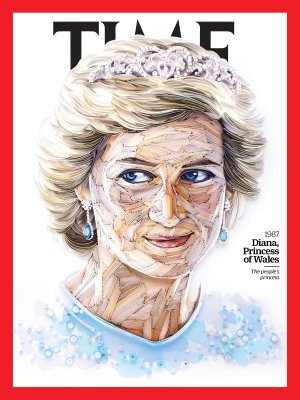