Forbidden love, hidden children, tragic deaths, tearful reunions. For Irna Phillips, creator of the soap opera, nail-biters and heartbreak were all in a day’s work. Phillips pioneered the genre when she wrote, produced and starred in a radio serial called Painted Dreams in the early ’30s. By 1957, her newest TV project, As the World Turns, was making soap-opera history. The show broke boundaries, expanding soap operas’ length and scope. With its focus on the residents of fictional Oakdale, Ill., As the World Turns privileged character over plot—a method still seen in today’s prestige TV. Phillips popularized cliff-hangers and swelling organ music to ratchet up tension, and commercials for household goods like margarine and, yes, soap to wash it away. Within two years of its release, As the World Turns became America’s top daytime show. Eventually 10 million viewers tuned in every afternoon.

Dismissed by critics, the show was beloved by women who saw their preoccupations and power reflected. Its popularity proved to advertisers that women’s stories were worth investment. As the World Turns ran for 54 years, the third longest TV run of any daytime soap. Another Phillips creation, Guiding Light, was canceled in 2009 after 72 years on radio and television. —Erin Blakemore 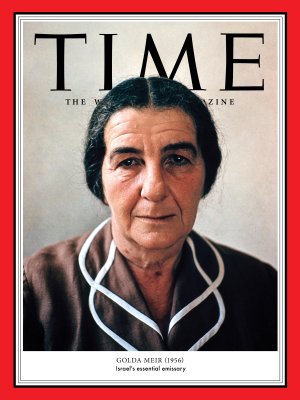