The cast of 'The Goldbergs,' including Roslyn Silber as Rosalie and Gertrude Berg as Molly Goldberg, in
NBC / Getty Images
By Lily Rothman

These days, it’s a given that scripted TV shows don’t air new episodes year-round. And with the advent of Netflix and other online viewing options, there are often even fewer episodes per season. But that wasn’t always the case.

In the mid-20th-century glory days of radio and TV soap operas, audiences—and advertisers—expected new episodes virtually non-stop. But that created a dilemma for cast members. The solution, as TIME explained exactly 75 years ago, in the Aug. 12, 1970, issue, led to some of the plot twists that became central to the drama-heavy genre.

In order to give stars time for some R&R, shows would send characters away to have babies, get them into car accidents requiring lengthy hospital stays or have relatives in other cities suddenly require urgent assistance. The character would get out of town, and so would the actor.

Not that such twists were always required: “Sometimes it is possible to pretend that a character is knocking around the house, even though he doesn’t open his mouth. Gertrude Berg, who turns out The Goldbergs for CBS, has done this with a character named Rosie for the past five weeks,” TIME reported. “Rosie has apparently been in the next room, or on the front stoop, during the performance of The Goldbergs, but actually Roslyn Silber who plays the part has been in Hawaii.”

Read the full story from 1940, here in the TIME Vault: Absent Ladies 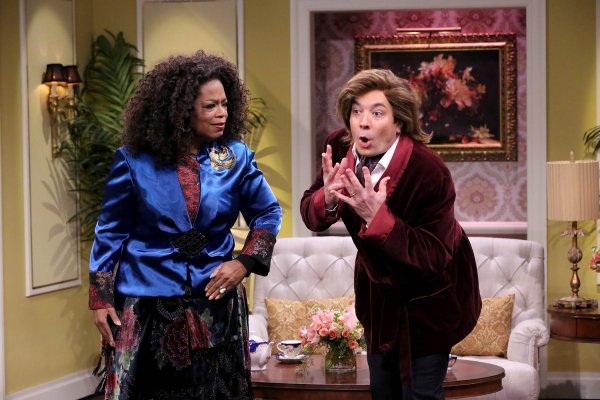 Watch Jimmy Fallon and Oprah Get Auto-Tuned in a Soap Opera Parody
Next Up: Editor's Pick