“Smart” didn’t do Emmy Noether justice: Albert Einstein called her a “creative mathematical genius.” The German-born Noether altered algebra—notably with her 1921 paper Theory of Ideals in Ring Domains—and her proofs about conservation of energy resolved a quirk in Einstein’s general theory of relativity. Even so, as a woman, Noether had to fight for a professorship. When she did get one, at the University of Göttingen, she was paid minimally, and in 1933, with Germany under Nazi rule, she and other Jewish professors were dismissed. Exiled to the U.S., she kept teaching until her death in 1935. Even now, the world still learns from Noether, whose abstract principles are fundamental to modern particle physics. —Emily Barone 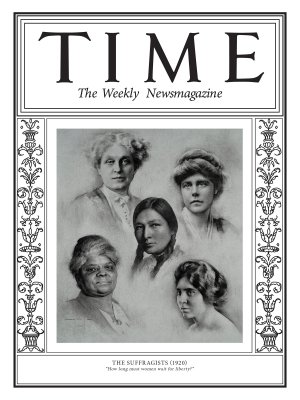 1920: The Suffragists
Next Up: Editor's Pick