Does Einstein’s First Wife Deserve Some Credit for His Work? That’s the Wrong Question to Ask

Einstein Family Correspondence, including Albert Einstein-Mileva Marie love letters, surround a portrait of the couple, before going under the hammer at Christie's in New York on November 25, 1996.
David Cheskin—PA Images/Getty Images
By Allen Esterson and David C. Cassidy

Who was the real Mileva Einstein-Maric, the wife of the famed physicist Albert Einstein? Trained alongside Einstein in physics and mathematics, what role did she play, if any, in the famous papers of her husband, which transformed contemporary physics? Was she an unsung contributor or even a co-author, a sounding board, the top fiddle, a glorified assistant, an unglorified housewife, the one who made it all possible?

What does it even matter? It matters, of course, because Einstein’s work and his theories of relativity, quantum theory, and atomic theory formed the foundations of contemporary physics. Without the true story of what really happened—how these fundamental theories came about—we cannot fully understand their historical significance. Moreover, we cannot bestow credit where credit is due for these achievements, especially when we recognize how often the contributions of women scientists, especially the scientific spouses and partners of celebrated male scientists, are overlooked, forgotten, and even suppressed.

Much has been written over the past decades in support of one or more of the above perspectives on Mileva Einstein-Maric, often with fervent certitude.

It is well known that Albert Einstein, the world-famous scientist declared the “person of the century” by TIME magazine, was married. But until the 1990s, few people knew that he had two wives, the first of whom was trained in mathematics and physics. Einstein’s nonscientific second wife, Elsa, did become widely known, especially in the United States, when she accompanied her husband on several well-publicized visits during the 1920s, then settled with him in Princeton in 1933 (she died three years later). The two had married in 1919, the same year that the first public confirmation of Einstein’s theory of general relativity, one of the greatest achievements of the 20th century, brought him worldwide fame.

But it was his first wife, Mileva Einstein-Maric (approximately pronounced Mar-itch), who accompanied and supported him intellectually and emotionally throughout the difficult early years of his rise from a beginning physics student in 1896 to the top of his profession by 1914. Little was known about her or his children with her — and there was little interest in finding out — until the discovery in 1986 of her correspondence with Einstein brought Mileva Einstein-Maric to widespread public attention. The letters had been in the possession of the Einsteins’ first son, Hans Albert Einstein, and his family in Berkeley, Calif.

The story of Mileva Einstein-Maric encompasses many facets of great human and scientific interest related to the struggle of women in science as revealed by observing one woman’s struggle to realize her dreams for a scientific career and examining a married couple’s scientific and personal partnership that unfortunately did not succeed.

Widespread public recognition of the captivating story of Einstein’s wife Mileva Einstein-Maric emerged during the years following the publication of the first volume of The Collected Papers of Albert Einstein in 1987. That volume, titled The Early Years, 1879–1902, documented young Einstein’s youth, education, and early career. Of special interest in the volume was the first publication of 51 of the then newly discovered Einstein-Maric letters in the possession of Hans Albert’s family. Subsequent letters have appeared in later volumes.

While tracing Mileva Einstein-Maric’s life story, Trbuhovic-Gjuric argued, often without source citation or solid evidence, that Maric was a brilliant mathematician who surpassed Einstein in mathematics, if not physics. Moreover, owing to her expert collaboration with Einstein, Maric was allegedly an unrecognized co-author of her husband’s famous relativity paper of 1905. If true, such claims would mean that once again, as so often in the past (and present), the contributions made by the wife of a great man have been sadly overlooked by the public, forgotten by history, and apparently even suppressed by her husband.

On Feb. 18, 1990, nearly three years after the publication of the first volume of Einstein’s Collected Papers, a session on “The Young Einstein” during the annual meeting of the American Association for the Advancement of Science (AAAS) in New Orleans brought Mileva Einstein-Maric and her marriage with Einstein to widespread public attention. Most of the speakers at the AAAS session presented scholarly reevaluations of Einstein’s early biography, cultural environment, and philosophy. But two of the speakers, both of whom were without any prior work on Einstein studies, seized upon the opportunity to create a full-scale interpretation of Maric and her scientific relationship with Einstein for English-speaking audiences.

Drawing upon Trbuhovic-Gjuric and the Einstein-Maric letters for their individual papers, they forcefully argued the startling conclusion that Mileva Einstein-Maric made substantive contributions to Einstein’s early work.

The sweeping and surprising assertions about Mileva Einstein-Maric and her husband drew enormous public and media interest, as well as an outpouring of books and articles on the apparent injustices suffered by “Einstein’s first wife.” She seemed to be the most prominent and most blatant example of how history has forgotten, even deliberately so, the contributions female scientific spouses and partners made to the great achievements of male scientists. The early history of contemporary physics thus required immediate correction. Many of the resulting popular works unquestioningly repeated, and even embellished, the claims of their predecessors, in some cases without apparent regard for common standards of nonfiction writing. Over the years what might be called the “Mileva Story” emerged and entered the public domain as the generally accepted account of Mileva Einstein-Maric’s unrecognized collaboration with her former husband and her contributions to his work. But at the same time, on closer examination, Einstein scholars have generally rejected most of this story on the basis of the available documentary evidence. As the physics historian Alberto Martínez wrote, “I want her to be the secret collaborator. But we should set aside our speculative preferences and instead look at the evidence.”

Historians’ objections to the Mileva Story have gained increasing support in the years since 1990 with the abundance of new documentary material and information made available about Maric, Einstein, and their relationship. In view of the mounting primary and secondary material, it seems appropriate at this time, nearly three decades since the public emergence of the Mileva Story, to reevaluate the many elements of such an important historical assertion on the basis of all of the available evidence, new and old.

This approach reveals how far one can go wrong when standards for historical and nonfiction writing are not carefully followed. But more importantly, it reveals the very human, real story of a fallible, yet brave and determined young woman who, for various reasons, was not able to fulfill her dreams for the career and marriage she had hoped for. This more realistic and compelling story of Mileva Maric offers a far greater service to her—and to readers’ appreciation of her international pioneering role in helping to open science and science education to female students—than any exaggerated or unfounded assertions regarding her activities.

Adapted from Einstein’s Wife: The Real Story of Mileva Einstein-Marić by Allen Esterson and David C. Cassidy, with a contribution from Ruth Lewin Sime, Copyright 2019, The MIT Press. 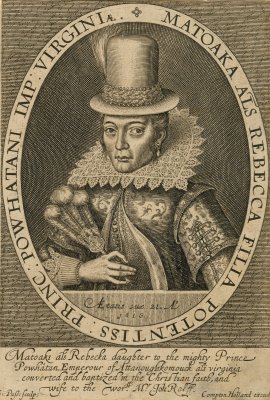 The Full Story of Pocahontas Is Rarely Told. Here's What We're Missing
Next Up: Editor's Pick