Best Original Song nominee for "Shallow" from "A Star is Born" Lady Gaga arrives for the 91st Annual Academy Awards at the Dolby Theatre in Hollywood, California on February 24, 2019.
AFP via Getty Images
By Melissa Locker

Charlotte Awbery blew the internet’s collective mind earlier this month when she challenged Bradley Cooper and Lady Gaga for the best version of “Shallow”, the Oscar-winning song from their 2018 remake of A Star Is Born. Now, Awbery is back to defend her viral fame with a full performance.

It all started with Awbery simply making her way through a subway tunnel when she suddenly had a microphone and camera shoved in her face. It was part of British comedian Kevin Freshwater’s video series called “Finish the Lyric” where he walks up to random passerby and after he sings a few lines of a popular song, he challenges them to complete the verses. Awbery was understandably taken aback by her sudden appearance in the spotlight, but gamely played along. At first she tentatively sang the first few lines of Lady Gaga’s verse, but soon belted out the chorus with astonishing results.

Awbery’s performance was so unexpected that after Freshwater shared the video on Facebook, it quickly went viral and Awbery rose to internet fame. On Wednesday, Awbery proved the video was no fluke. She appeared on The Ellen DeGeneres Show and performed “Shallow” in its entirety.

The performance earned Awbery a standing ovation from the audience, and cheers from Freshwater who was in the audience to watch. DeGeneres then gave the woman not only a bigger audience for her talent, but £10,000 (a little more than $10,000 ), and, naturally, a subway pass good for an entire year, just in case someone else is lurking with a microphone. 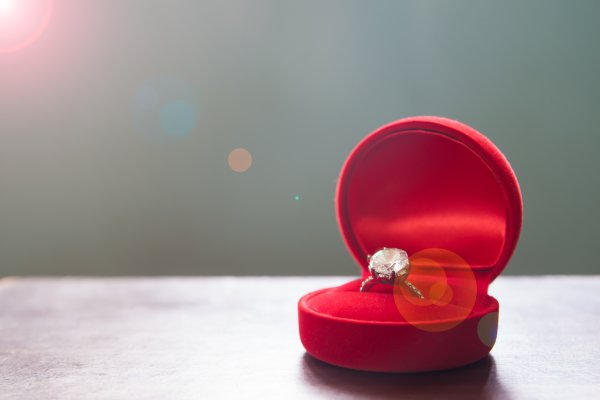 The Jury’s Still Out on Whether Love Is Blind But These Memes Prove It Sure Is Funny
Next Up: Editor's Pick