For anyone “shipping” Lady Gaga and Bradley Cooper’s purely platonic relationship, Sunday’s performance of A Star Is Born‘s “Shallow” at the 91st Academy Awards certainly wreaked some havoc. The stars of the Best Picture nominee performed the Best Song winner to much fanfare from the audience in the Dolby Theatre — and audiences online.

The number began without introduction: Gaga and Cooper casually took the stage, with Gaga at the piano and Cooper looking fondly at his co-star. By the end of the number, though, Cooper had joined Gaga at the piano, leading some on Twitter to question whether that moment itself could win an Oscar.

Though Cooper recently said he would not be performing as Jackson Maine during the Oscars, no cowboy hat was necessary to earn a standing ovation from the Academy.

When accepting the award for Best Song, Lady Gaga, who co-wrote the song with Mark Ronson, Anthony Rossomando and Andrew Wyatt, thanked Cooper, also the film’s director, for singing with her. “There is not a single person on the planet that could have sung this song with me but you. Thank you for believing in us,” Gaga said.

Here are some reactions to the dynamic duo’s performance. 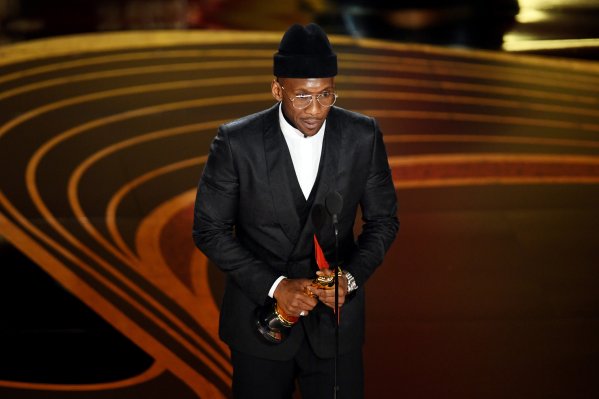 Mahershala Ali Just Joined an Exclusive Group of Actors to Win Multiple Oscars in the Span of a Few Years
Next Up: Editor's Pick