Greta Gerwig’s Little Women is once again the talk of Twitter, and on this occasion because it has produced a very good meme for expressing, well, the postmodern mess that is doing stuff — or not doing stuff, specifically, because you just can’t. Given its universal appeal, the meme has spread far and wide across Twitter, with speed comparable to that tragic scarlet fever outbreak in the original novel.

In the critical darling of a film, a modern adaptation of the 1868 Louisa May Alcott classic, passionate aspiring author Jo March (Saoirse Ronan) delivers a performance that scored her an Oscar nod. Case in point: this intense moment showcasing her essentially cutting local heartthrob Laurie (Timothée Chalamet) out of her life like yesterday’s bonnet. (Spoiler alert: he says he wants to marry her, to which she essentially says “bye.” And she rejects his proposal for marriage because she values her liberty too much.)

We have to be able to laugh at the hard times, after all. And in that spirit, Twitter users have been captioning a clip of the rejection to make the case that try as they might, they simply can’t, say, stop Instagram stalking that ex, write a sentence without an em dash or fill the dishwasher before going to bed because there’s just too many (three) dirty dishes in the sink. Try as you might to escape the memes, you simply can’t do that either. There’s just so much we’re incapable of doing too, Jo March.

Watching prequels, abstaining from em dashes or Twitter, or frying a sunny side up egg. What do they have in common? They’re all impossible things.

Things even got very meta, because they could. Even though they can’t:

Someone couldn’t resist an attempt to flip the script. 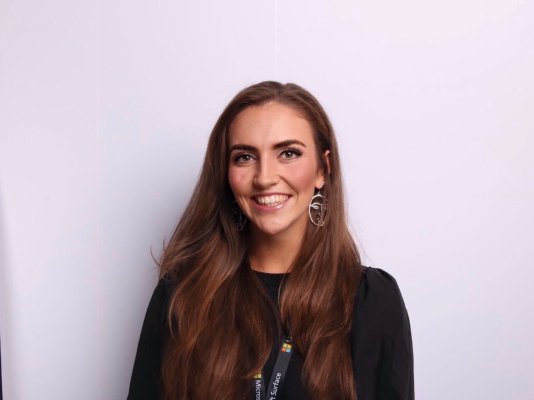 Let's Catch Up With the Student Who Hilariously Showed Up to Her Microsoft Job Interview a Full Month Early
Next Up: Editor's Pick