It was 150 years ago this May that Louisa May Alcott’s publisher, Thomas Niles, asked the author if she would write a “girls’ story.” She was reluctant to.

“I don’t enjoy this sort of thing,” she wrote in her journal at the time. “Never liked girls or knew many, except my sisters; but our queer plays and experiences may prove interesting, though I doubt it.”

So she wrote about what she knew: a family of four tight-knit sisters who weren’t afraid to be themselves, living in Concord, Mass., during the Civil War.

Neither Alcott nor her publisher were enthused about her first go at the story’s beginning, but she decided to keep writing (“lively, simple books are very much needed for girls, and perhaps I can supply the need,” she wrote) and the enthusiasm of Niles’ niece convinced the publisher to let the project go full speed ahead. When the final manuscript was completed on Aug. 26, 1868, Alcott wrote that it came out “better than I expected” and that it was “simple and true, for we really lived most of it; and if it succeeds that will be the reason of it.” And succeed it did. When the first volume came out on Sept. 30, 1868, the first edition quickly sold out within a couple of months.

Alcott theorized that one reason it was so successful was that grain of truth on which it was based, as she wrote that November before starting to write volume two, which would come out the following year: “Pleasant notices and letters arrive, and much interest in my little women, who seem to find friends by their truth to life, as I hoped.”

Proof of the story’s enduring resonance can be seen in its many adaptations, the latest of which, the two-part drama Little Women co-produced by Masterpiece and the BBC, debuts on PBS on Mother’s Day, starring Willa Fitzgerald as Meg, Maya Hawke as Jo, Annes Elwy as Beth, and Kathryn Newton as Amy, Emily Watson as their mother Marmee, and Dylan Baker as their father, Mr. March, a chaplain in the Union Army. For background on the real people in Alcott’s life who inspired the characters in Little Women, TIME spoke to Jan Turnquist, a historical advisor to the show and Executive Director of Orchard House in Concord, Mass., the Alcott family home-turned-museum where Alcott wrote and set the famous novel.

The second-oldest March sister Alcott based on herself. She was an avid runner and tree-climber until the Civil War, when she served as a nurse and contracted typhoid pneumonia. She never fully recovered, and would always be weak. So, while the book portrays Mr. March as a Union Army chaplain in the Civil War who falls ill, requiring Marmee to rush to a hospital in Washington, D.C. to see him, in real life that all happened to Alcott herself.

While she couldn’t be as physically active, she stayed mentally active by writing. Her first successful book Hospital Sketches, a fictionalized memoir based on her experience on the front lines, was a hit because “people wanted to know more of the real stories of the Civil War,” says Turnquist. After Little Women came out, she had to deal with “paparazzi” perching on the fence to sketch her and strangers asking for autographs, which she dreaded.

The oldest March sister is based on Alcott’s real-life oldest sister Anna Bronson Alcott. She, too, was a rule-follower who accepted the ideals of Victorian womanhood. While proper at social gatherings outside the home, she’d let loose at home or on stage. She and Louisa loved to put on little plays, and they started the Concord Dramatic Union, now known as the Concord Players, where she met her future husband John Bridge Pratt. The wedding at the March family home is based on their marriage in the parlor of Orchard House on May 23, 1860.

They had sons, but Pratt died about 10 years after their marriage. The success of Little Women enabled Alcott to help support her sister and her nephews, including helping Anna purchase Henry David Thoreau’s house in Concord.

The youngest March sister is based on the youngest Alcott sister Abigail May, who went by her middle name (Amy spelled backwards). She had a passion for fine arts and fine clothes, but longed for the opportunity to learn more. “Many American art teachers didn’t want their female students to have all of the training that the males did because they thought it wasn’t proper to see cadavers and musculature, and the naked limbs,” says Turnquist. “So American female artists struggled but in Europe they had more freedom.”

With the success of Little Women, Alcott paid for May to study art abroad in London, Paris and Rome. In 1877, the Paris Salon accepted a still life she had done. She settled in Paris, married Swiss businessman Ernest Nieriker in 1878 and moved to the Paris suburbs, where she gave birth to a baby girl the next year. Two months later, she died, and her daughter, named Lulu, was sent to live with Louisa, per May’s wishes. The youngster was the inspiration for Louisa’s last completed work, Lu Sings, written in 1888, the year she died of a stroke at 55. (Lulu went to live in Switzerland with her father.)

The second-youngest March sister is based on Alcott’s sister by the same name, Elizabeth. She was shy in real life, and Alcott apparently talked about her the least in her diaries. She loved kittens, sewing and spending time with her family. As in the book, she does catch scarlet fever after holding an infected baby belonging to a poor family to whom she delivered a care package. She initially recovered, but died two years later in 1858 at the age of 22.

Alcott’s real father Amos Bronson Alcott, a progressive educator, was one of the first to advocate for recess and class participation. He was also a transcendental philosopher, the head of a short-lived abolitionist-feminist-anarchist-environmentalist commune called Fruitlands, and a friend to some of his era’s most significant figures. “Henry David Thoreau looked up to him as a role model, and in Bronson’s presence alone he felt he could express a new thought and not be judged. Ralph Waldo Emerson wrote in his journal that Alcott was a genius,” Turnquist says, “and believed so much in Bronson that sometimes when he visited, he’d slip a $10 bill underneath a tablecloth.”

Such gifts were needed because Alcott’s spiritual wealth did not translate into literal wealth. He risked his job for doing what he saw as the right thing. For instance, after he admitted a black student to Boston’s Masonic Temple school in the 1830s, white parents pulled their kids from the school and it was forced to close. So the family moved around a lot and struggled financially “because he was unwilling to compromise for sake of monetary success,” as Turnquist puts it.

All in all, the family had moved nearly 30 times in the same number of years before moving into Orchard House in 1858 when he became Superintendent of Schools in Concord. About 10 years after Little Women came out, Louisa helped him fulfill his dream of opening the Concord School of Philosophy, thought to be one of the first adult education schools in the country, in his study in Orchard House.

Louisa’s mother Abigail May Alcott came from a distinguished Boston family. (Her great aunt Dorothy Quincy married John Hancock, the state’s first governor and signer of the Declaration of Independence). In addition to dutifully supporting her husband, whom she adored, she’s been called a pioneering social worker, between working as a missionary to the poor in Boston and managing an employment agency that placed domestic servants. She’s also the one who gave Louisa her first fountain pen on her 14th birthday, encouraging her to write “to obtain self-­possession and repose.”

Jo March’s suitor appears to be a composite of two real men, as the author herself revealed. According to Turnquist, she based the “tender, sweet” side of Laurie on Alfred “Alf” Whitman, a cast member of The Concord Dramatic Union, and the “fun, impish” part of Laurie on Ladislas “Laddie” Wisniewski, a Polish young man she met in Switzerland while serving as a travel companion to Boston socialite Anna Weld on a European vacation. Her father and sister Anna would also theorize that the character was based on a family friend who boarded with them, Frederick Llewellyn Hovey Willis, and on Julian Hawthorne, who lived next door to Orchard House.

But, despite the clues, Laurie’s inspiration is also a subject everyone has an opinion on. As Alcott joked in her journal, “Every lad I ever knew claims the character.” Turnquist, for example, suspects the reason Aloctt never married was because she was waiting for someone like her teenage crushes Thoreau and Emerson. Though she did get a marriage proposal, she wasn’t willing to give up her freedom and personal fulfillment for anything short of real love. 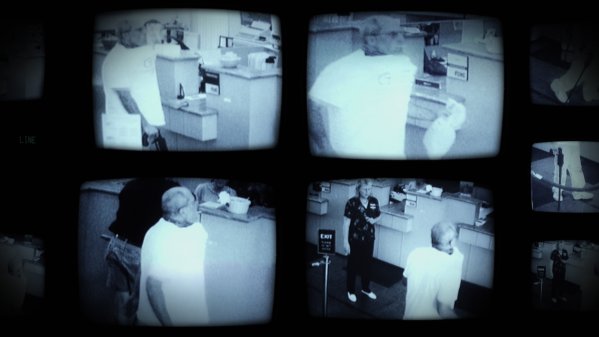 What to Know About the Shocking Case Behind Netflix's True Crime Docuseries Evil Genius
Next Up: Editor's Pick