SeaWorld Ends Dolphin 'Surfing' and Related Stunts During Its Shows

SeaWorld Entertainment is moving to phase out stunts that involve trainers riding on dolphin’s dorsal fins and snouts.

The animal activist group People for the Ethical Treatment of Animals (PETA), which owns stock in SeaWorld Entertainment, claimed credit for the move in a Wednesday statement, after the company responded to a shareholder’s proposal PETA had made calling for the end of the performances.

A letter from a SeaWorld Entertainment lawyer states that the company had already ended the practice of dolphin “surfing,” which involves the trainer hanging onto the dolphin’s dorsal fin. The practice of balancing on dolphin’s snouts, or rostrums, will also end in the next few months, and was filed with the Securities and Exchange Commission (SEC) in February.

“[SeaWorld] no longer demonstrates ‘surfing’ at any of its locations, and plans to phase out the demonstration of standing on rostrums within the next few months, despite its belief that neither of these behaviors are harmful to the animals in any way,” the letter, by attorney Niyati Roy, says. (Trainers continue to perform standing on dolphin’s snouts at only one park, SeaWorld San Diego.) “The safety and wellbeing of all animals in its care, including bottlenose dolphins, is central to the Company’s mission, and the Company is continually assessing its practices with respect to zoological training, display and care.”

“Victory!” PETA said in an online statement. “SeaWorld has stopped treating dolphins like surfboards and will soon stop making trainers stand on their faces in demeaning circus-style shows.”

But SeaWorld says the organization had nothing to do with the decision to phase out the dolphin stunts.

“SeaWorld is continually evolving its animal presentations to create the best experience for both guests and our animals,” a SeaWorld spokesperson said in a statement to TIME on Friday. “As an accredited zoological facility, our leadership solely determines the content and format of our presentations and is not influenced in any way by the actions of ill-informed activists.”

SeaWorld has come under fire for entertainment involving marine life since the release of the 2013 documentary Blackfish, which detailed the welfare of orca whales in the park’s captivity. The company has since phased out its orca whale breeding program, and has shifted the focus of its shows from entertainment to education. 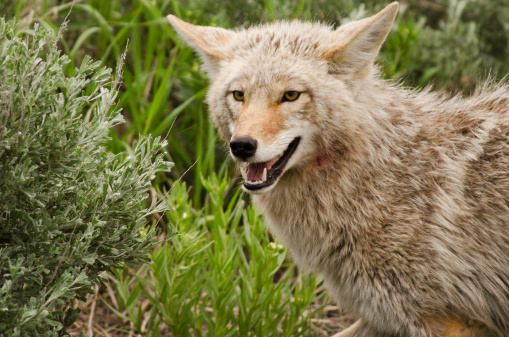 Witness a Coyote and Badger Become Best Buddies Thanks to This Gift of a Video
Next Up: Editor's Pick