As India’s Constitution Turns 70, Opposing Sides Fight to Claim Its Author as One of Their Own

Protesters light candles near posters of Mahatma Gandhi and Bhimrao Ramji Ambedkar during a demonstration against India's new citizenship law in Allahabad (formally known as Prayagraj) on January 14, 2020.
SANJAY KANOJIA/AFP via Getty Images
By Billy Perrigo

On Jan. 14, protesters gathered in the northern Indian city of Allahabad and lit candles at the base of a tree trunk, beside portraits of two fathers of the Indian nation.

One, Mohandas Karamchand Gandhi—better known by his honorific, Mahatma (great soul)—is recognizable as the Indian independence activist and icon to peaceful protesters around the world.

The other, however, remains lesser known outside India. He is Bhimrao Ramji Ambedkar, the primary author of the Indian constitution, which came into effect 70 years ago on Sunday. Since December, his image has been held aloft by crowds of demonstrators, who say the ruling Bharatiya Janata Party’s attempts to reform citizenship laws undermine that constitution.

Ambedkar did more than draft the constitution: he was also a revered civil rights leader. Born a Dalit (a social classification formerly called “untouchable,” the lowest position in the Hindu caste system,) he suffered discrimination throughout his life. In 1936, he wrote the influential pamphlet Annihilation of Caste, a blistering argument against the ancient system of social stratification. And when, starting in 1947, he hammered out the Indian constitution’s integral principles of democracy, equality and freedom of religion, he also inserted sections prohibiting caste-based discrimination and legally outlawing the practice of untouchability.

But 70 years after the Indian constitution came into force, left-wing protesters aren’t the only group claiming to be the ideological heirs to Ambedkar. In recent weeks, his image has also appeared at Hindu nationalist counter-protests. Prime Minister Narendra Modi often invokes Ambedkar in speeches, claiming his government’s policies further the goals Ambedkar pursued throughout his life, including the annihilation of caste. “No government has, perhaps, given respect to Babasaheb [Ambedkar] the way our government has,” Prime Minister Modi said in 2018, referring to him by an honorific loosely translated as “respected father.” “Instead of dragging him into politics, we should all try to walk on the path he has shown us.”

The last 40 years, however, show how Ambedkar has been repeatedly dragged into the political arena — even while the casteless future he fought for during his life remains distant.

Here’s what to know about the fight over Ambedkar’s legacy.

Who was B.R. Ambedkar?

Ambedkar was born in 1891 into a family that had long been bound to the bottom of Indian society, considered impure by higher-caste Hindus. Although he and other Dalits were segregated at school, he managed to pass his exams, obtain a degree in economics and political science from Bombay University, and went on to get a Masters at Columbia University in New York before training as a lawyer in London. In 1936, after returning to India, he wrote Annihilation of Caste, his magnum opus.

Written during the struggle that eventually led to India’s independence in 1947, Annihilation of Caste was a searing critique of not just the age-old caste system (still observed today by many Hindus in India), but also the independence movement led by Gandhi and Jawaharlal Nehru, both high-caste Hindus.

Ambedkar argued that even if India were to become independent, Dalits would still languish at the bottom of society unless caste was abandoned by all. “The question of whether the Congress is fighting for freedom has very little importance as compared to the question for whose freedom is the Congress fighting,” he said.

Before his death in 1956, Ambedkar converted from Hinduism to Buddhism, inspiring thousands of Dalits to do the same. “I had the misfortune of being born with the stigma of an Untouchable,” he said. “However, it is not my fault; but I will not die a Hindu, for this is in my power.”

The caste system in India is a form of social hierarchy deriving from the varna system laid out in Hinduism’s foundational texts. There are four varnas: Brahmins (priests), the highest; Kshatriyas (soldiers or administrators); Vaishyas (merchants); and Shudras (servants), the lowest. Outside the varna system are those considered lower still: Dalits, whose traditional tasks include shoveling human manure. Dalits—who make up more than 200 million of India’s 1.3 billion population—continue to face discrimination in India today. Some members of higher castes refuse to touch anything that has come into physical contact with them, hence the moniker “untouchables.”

The Mahars, the specific Dalit caste to which Ambedkar belonged, were expected to tie brooms around their waists to sweep away their footprints. Even in 1998, nearly 90% of people employed by the Indian government as “sweepers,” whose jobs include removing human waste from toilets, were Dalits. In Ambedkar’s day, just as in present-day India, murders of lower castes by higher castes were common.

“Untouchability is not a simple matter,” Ambedkar said in a speech in 1927. “It is the mother of all our poverty and lowliness and it has brought us to the abject state we are in today… The inequality inherent in the four-castes system must be rooted out.”

Why are both sides claiming Ambedkar’s legacy?

The battle over Ambedkar’s legacy between India’s Hindu nationalist right-wing and its secular left is relatively new, according to historians and anti-caste activists.

“The BJP’s discovery of Ambedkar is recent, and started after the election which brought Modi to power in 2014,” says Sumantra Bose, professor of international and comparative politics at the London School of Economics. “Following that victory, Modi and his chief strategist Amit Shah concentrated on wooing non-upper caste Hindus, who have traditionally not been BJP supporters in large numbers, in order to expand their support base.”

Dalits, says Bose, are a natural target for the BJP because they make up approximately one sixth of the Indian electorate. “It’s a clear case of trying to superficially flatter the memory of the biggest Dalit icon in order to build a pan-Hindu vote bank across caste divides.”

The BJP promised in its 2014 manifesto to eradicate the remaining vestiges of untouchability in Indian society and lift Dalits from poverty. But the BJP government has reduced funding for programs intended to do so, according to a study by Sukhadeo Thorat, former chairman of the Indian Institute of Dalit Studies. “They never raised the standard of these castes,” Thorat tells TIME. “This is the whole strategy used by the Prime Minister, that you appropriate an individual, forget about his views and ideology, and in the process kill that ideology.”

In some technicalities of the constitution, however, Hindu nationalists argue they are in closer alignment with Ambedkar’s beliefs than secular protesters. The BJP said in 2019 that Ambedkar opposed Article 370, the section of the constitution guaranteeing semi-autonomy to Jammu and Kashmir, which the BJP revoked in August. Historians, however, have disputed that claim.

The BJP also says Ambedkar was a proponent of a “uniform civil code” in India, one of the party’s key policy goals. Under India’s version of secularism, different religious communities are governed by different “personal laws” governing matters like divorce and inheritance. Ambedkar inserted a clause into the constitution calling for a uniform civil code. But in the febrile climate after independence, with religious violence on the rise, Nehru decided to compromise and allow for personal laws to reassure the Muslim minority community. So instead, Ambedkar diverted his attention to reforming the Hindu personal laws to be more progressive. His reforms legalized inter-caste marriages and gave women the right to initiate divorce. In making those reforms, Ambedkar’s main opponent was the Hindu nationalist right.

Today, the BJP says Ambedkar would have been their ally in their pursuit of a uniform civil code. But Dalit activists say this is another case of trying to appropriate of Ambedkar’s legacy. “If uniformity is what [the BJP] want, there’s no uniformity among Hindus,” says S. Anand, referring to continued caste hierarchy in India today. Anand, the co-founder of Navayana, a Delhi-based publishing house focused on anti-caste literature, adds: “Ambedkar never spoke of a uniform civil code as a priority.”

A BJP supporter holds up an image of B.R Ambedkar during a rally for Indian Prime Minister Narendra Modi on December 22, 2019 in New Delhi, India.
Sanchit Khanna/Hindustan Times via Getty Images—2019 Hindustan Times

Another reason for the BJP’s adoption of Ambedkar’s legacy is that Hindu nationalism’s own political forefathers have a dark history of idolizing European fascist leaders like Adolf Hitler and Benito Mussolini. Given this history, Ambedkar is a useful alternative icon for the BJP, experts say. “Everybody wants a piece of Ambedkar,” says Anand. “Modi doesn’t go around saying that all those people who admired Hitler and Mussolini are his idols. He’s muted about it for diplomatic reasons and political reasons.”

What about Ambedkar’s role in the anti-government protests?

Part of the reason protesters are carrying Ambedkar’s image is to “challenge the appropriation of Ambedkar being attempted by the BJP,” Bose says. “Ambedkar was one of the framers of the Indian constitution, whose upholding of equal citizenship is at odds with the Modi-Shah agenda of a Hindu nationalist republic.”

But experts say Ambedkar’s life has been appropriated by the left-leaning Congress Party, too, despite his role in drafting the constitution for the post-independence Congress government. “He fought with Gandhi, yet he chose to work with Congress because he wanted to be generous to Indian society,” Anand says. “It was a great act of magnanimity that he decided to chair the drafting committee of the Indian constitution.”

Bose agrees. “Much of this Ambedkar-worship by the BJP government’s opponents is shallow, and uninformed about the complexity of Ambedkar’s personality and political life,” he says.

The current controversy over the BJP’s alleged undermining of the Indian constitution, Anand says, vindicates that view. “Ambedkar says the constitution is as good as the people who are going to implement it,” says Anand. “It’s not foolproof.”

Is the battle over Ambedkar’s legacy a new one?

Relatively speaking, yes. The right to claim Ambedkar’s legacy might be hotly fought-over today, but before the 1970s, many of his writings had never been published, and he was a little-known figure in Indian political history.

It was thanks to Dalit activists — rather than supporters of the constitution, or Hindu nationalists — that Ambedkar was not consigned to the ash heap of history, says Anand, whose publishing house Navayana prints several works by and about Ambedkar. “It’s only in the late 70s, early 80s, that Ambedkar starts getting published,” Anand says. “They were in manuscripts which he didn’t have the money to publish. He was not available to the public, and nobody other than the Dalits were curious. They, the Dalits, carried his legacy on their heads and shoulders for years.”

Strictly speaking, Anand says, both everybody and nobody has the right to claim the legacy of Ambedkar. “Everybody, because every citizen of India is now equal because of Ambedkar and the constitution,” he says. “And nobody, simply because the real legacy of Ambedkar is something few people want to talk about.” 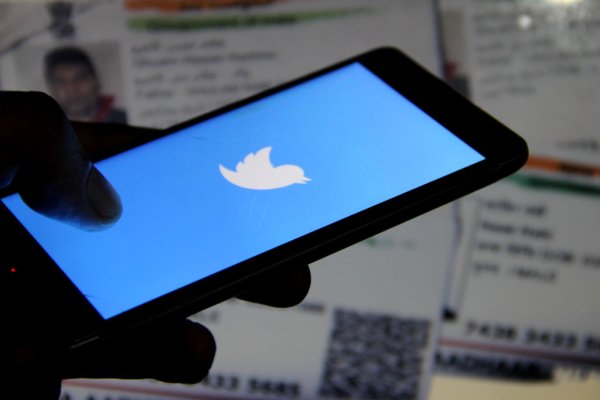