The practice of forcing low-caste people in Indian communities to remove accumulated human waste from latrines is continuing despite legal prohibitions and must be stopped, says a leading advocacy group.

In a report released Monday, the New York City–based Human Rights Watch (HRW) detailed the practice of “manual scavenging” — the collecting of excrement from latrines by hand. The job is done by those considered to be of the lowest birth. These Dalits, or untouchables, often face threats of violence, eviction and withheld wages if they attempt to leave the trade.

“The first day when I was cleaning the latrines and the drain, my foot slipped and my leg sank in the excrement up to my calf,” Sona, a manual scavenger in Bharatpur, a city in the northwestern state of Rajasthan, told HRW. “I screamed and ran away. Then I came home and cried and cried. I knew there was only this work for me.”

Laws exist to curb this form of subjugation, yet it remains widespread across India. Dalit women typically collect waste from private homes, while the men do the more physically demanding, and hazardous, maintenance of septic tanks and public sewers. Many suffer injuries and serious health problems.

“The manual carrying of human feces is not a form of employment, but an injustice akin to slavery,” says Ashif Shaikh, founder of Rashtriya Garima Abhiyan, a grassroots campaign to end manual scavenging. “It is one of the most prominent forms of discrimination against Dalits, and it is central to the violation of their human rights.”

HRW’s 96-page report, Cleaning Human Waste: ‘Manual Scavenging,’ Caste, and Discrimination in India, is based on more than 100 interviews with manual scavengers, and documents how these wretched people are coerced to collect human excrement on a daily basis, carrying it away in nothing more protective than a cane basket.

“People work as manual scavengers because their caste is expected to fulfill this role, and are typically unable to get any other work,” says Meenakshi Ganguly, South Asia director at HRW. “This practice is considered one of the worst surviving symbols of untouchability because it reinforces the social stigma that these castes are untouchable and perpetuates discrimination and social exclusion.”

“Successive Indian government attempts to end caste-based cleaning of excrement have been derailed by discrimination and local complicity,” adds Ganguly. “The government needs to get serious about putting laws banning manual scavenging into practice and assisting the affected caste communities.” 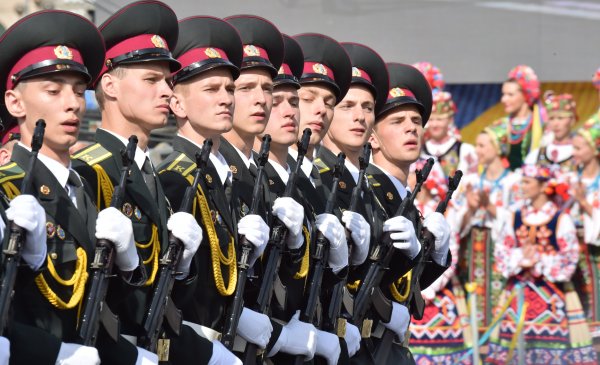 Civil War Hangs Over Ukraine on Its Independence Day
Next Up: Editor's Pick