Alan Rickman, the actor beloved by many for his portrayal of characters good and evil, but especially well known for playing Professor Severus Snape in the Harry Potter films, has died at age 69.

Rickman had been suffering from cancer, The Guardian reports, and his death was confirmed by a family member.

Known for his distinctive basso voice and a keen talent brought to every role, Rickman had early success as villains like Hans Gruber in Die Hard, Sheriff George of Nottingham in Robin Hood: Prince of Thieves, and later as the title character in the HBO movie Rasputin, for which he won his only Golden Globe. He had a knack for the classics as well, both on stage (he won a Tony for his role in Les Liaisons Dangereuses in 1987) and on screen (he played a memorable Colonel Brandon in Sense and Sensibility).

In recent years, a new generation met Rickman in the Harry Potter series, as well as in the perennial holiday hit Love, Actually. He directed and starred as King Louis XIV in A Little Chaos last year and will still appear in two more movies: the drone warfare thriller Eye in the Sky, out March 11, and Alice Through the Looking Glass, out May 27, as the voice of the Blue Caterpillar. 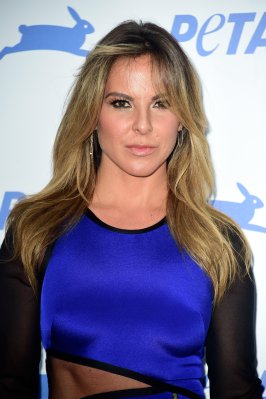 Mexican Actress Kate del Castillo Breaks Her Silence on Meeting Between Sean Penn and El Chapo
Next Up: Editor's Pick